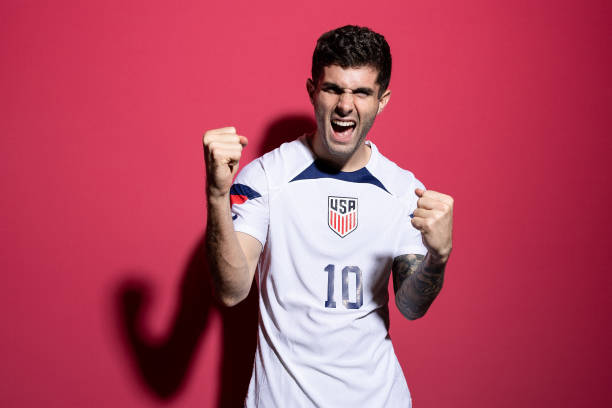 Although he’s struggled for regular minutes and consistency at club level with Chelsea, Christian Pulisic still represents the US’ big hope – alongside Gio Reyna and Brenden Aaronson – to surprise their critics and exceed expectations in Qatar, having failed to qualify altogether four years ago. Will they progress from a tough Group B which features England and Wales? 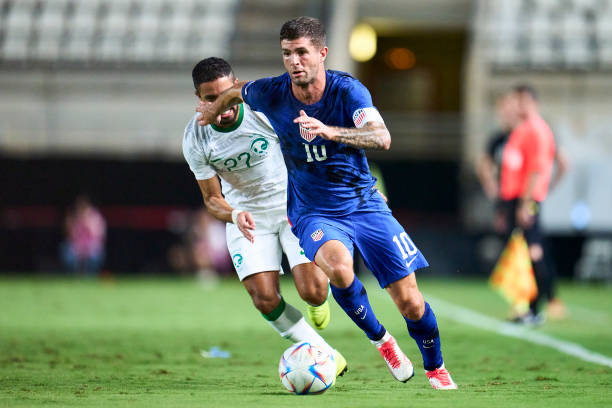 After failing to qualify for the tournament in Russia four years ago, the United States are keen to prove themselves in Qatar, with Pulisic the star man in Gregg Berhalter’s side.

While his lack of Chelsea minutes are well-documented – 608 minutes over 18 appearances so far this term, averaging 33 per game – he maintains feeling strong and is relishing his first World Cup.

The 24-year-old, who has scored one goal and created two assists this season, spoke about his form and put excitement into perspective before their Group B opener against Wales on Nov. 21:

“I feel great right now, my form has actually been really good in recent weeks. I feel really strong, very good and prepared going into this.

It’s unreal for me to be here at a World Cup, just the whole feeling to be with these guys to play on the biggest stage – it’s been a dream of mine my whole life so I’m just very excited to be here.

I’ve played in some big games, accomplished a lot, but the World Cup is something on top of all that. When I was a kid in Pennsylvania growing up, all I thought about was the US team and the World Cup.

Once you start to get closer to matches, you start to really feel it – nerves and excitement – everything starts to build.”

Pulisic became the youngest player to score in a World Cup qualifier for the United Status back in 2016, then was also youngest to captain them two years later.

He joined Chelsea in a £60m move three years ago – a decision that seemed inevitable but hasty – and has produced some excellent displays, scoring some big goals in marquee matches, like the two-legged tie against Real Madrid in their Champions League-winning campaign.

His performance level and confidence subsequently rose during the early weeks post-lockdown while fixtures were played behind closed doors, with eight goal involvements in nine games including matchwinning displays at Aston Villa and their frenetic 2-1 win over Manchester City.

Then, it was back to square one again after sustaining a hamstring injury in their FA Cup Final defeat by Arsenal that August – where he scored the opener that day. He’s also struggled with a series of troublesome injuries and not yet managed to sustain form over an extended period.

So with that, how will it translate on the international scene against tough opposition? He knows the squad have a chip on their shoulder, something many fans have stressed could be beneficial if they channel it the right way and focus on the task at hand.

“I think maybe [soccer] hasn’t been a top sport or whatever back in the States – we want to change the way the world sees American soccer, to be honest; that’s one of our goals. I think we have to prove ourselves, we haven’t been at the level of some of these world powerhouses in recent decades, we’ve had good teams with a lot of hearts and minds, but we can take it to the next step.

The US play England on November 25, before Iran four days later in their final Group B game.