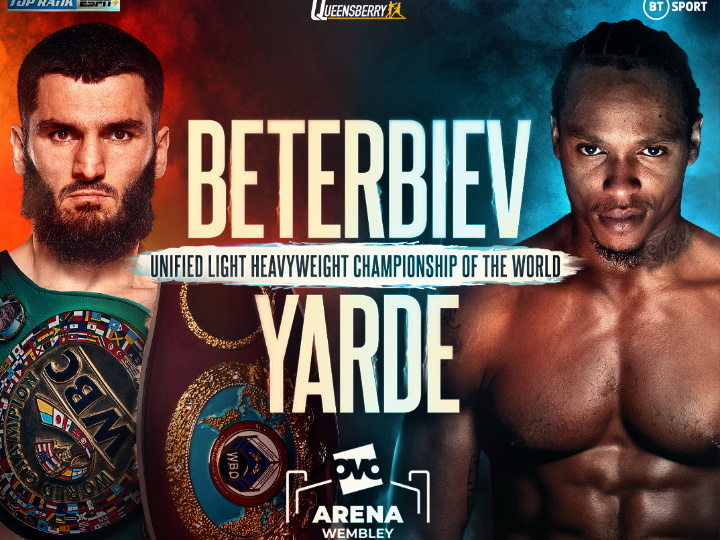 Koykov’s body language says all you need to know, as Yarde’s body attacks were brutal

350 days after avenging his surprise defeat by Lyndon Arthur with an emphatic R4 stoppage, Yarde needed one round fewer to dismiss German-born Bulgarian international Koykov.

Given bigger upcoming hurdles await him early next year, there was a sense of inevitability about the result and display, but the 31-year-old still had a job to do and showed a few new tricks that are sure to have created some intrigue ahead of a fight many contenders appear reticent to take.

“January 28 will be my night. My destiny playing out in my home city, and this is what I have been longing for throughout my career, starting at Wembley. I won’t make any big predictions for this fight against a strong unified champion but will leave nothing to chance, I’m at my best when I fight fire with fire.”

It wasn’t a one-punch KO, but Yarde got to work breaking down Koykov – who couldn’t mask his pain from body shots and was immediately on the back foot. Watch the full fight highlights here:

Koykov, who had recorded three victories against overmatched opposition in Germany since Yarde’s last in-ring appearance, was unafraid to exchange with wild swings early but his resolve quickly dissipated as Yarde’s variety dented a high guard and left him increasingly vulnerable.

Yarde closed the distance intently and soon enough, had his stoppage – having previously pawed out the jab, landing powerful combos and pinning him up against the ropes. The 30-year-old went crashing down and referee Kevin Parker mercifully stopped the onslaught soon afterwards.

Beterbiev (18-0, 18 KOs) is boxing’s only world titlist with a 100% knockout ratio, and will return to the UK eleven years after the 2012 Olympic Games – where he was outpointed in the quarter-finals against eventual champion and now-reigning heavyweight king Oleksandr Usyk.

After clinching gold, Usyk went unbeaten in the 2012-13 World Series of Boxing against the likes of Joe Joyce and decorated amateur Mihai Nistor before turning pro. Beterbiev turned pro three months before Usyk and hasn’t looked back, winning titles from his sixth pro fight onwards. 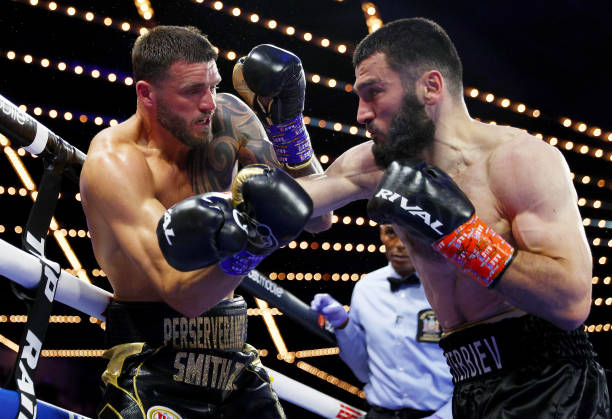 Beterbiev’s fearsome power was there for all to marvel at, as Joe Smith Jr was decimated in June

So, will Yarde stop the remarkable KO streak and spring the ultimate surprise on home soil? Or can Beterbiev, who turns 38 a week before fight night, return from his knee injury in devastating form again and make the Brit eat his words, much like he did to Joe Smith Jr this past summer?