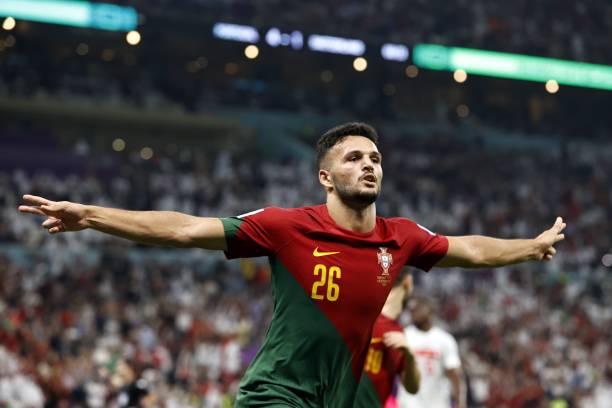 The pre-match noise surrounded Portugal captain Cristiano Ronaldo’s benching by Fernando Santos. Within 20 minutes, the man who replaced him – Benfica’s Goncalo Ramos – scored a thunderous opener and later completed the tournament’s first hat-trick as they thrashed Switzerland without their historical talisman. Up next? Spain’s slayers Morocco on Saturday. 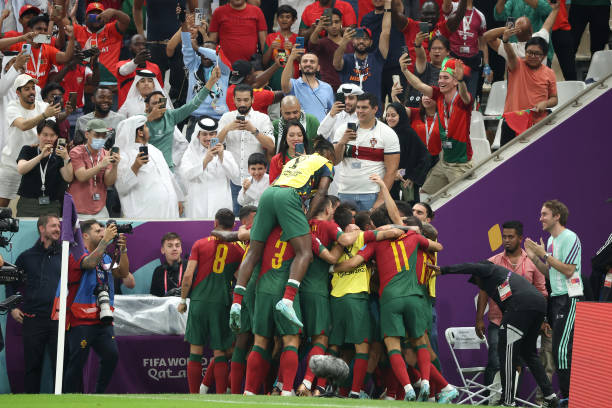 There’s something to be said about continuity and rhythm. Especially in an unpredictable pressure cooker that exists when tournament football is around. So from that lens, I can understand the frenzy Fernando Santos’ selection temporarily created on Tuesday evening.

Manchester City’s Joao Cancelo, who started all three group stage games, was an unused substitute – Manchester United right-back Diogo Dalot starting ahead of him after impressing against South Korea. Ronaldo, whose form and dissent has been questioned, was benched.

It didn’t last long. But as 50-cap Euro-winning defender Jose Fonte said when quizzed on BBC Radio 5 Live before kick-off, all of this commotion would quickly be forgotten with victory here.

They didn’t just win, but dismantled a Switzerland team quietly confident of their chances having witnessed Morocco muster up the courage to oust Spain on penalties two hours earlier. 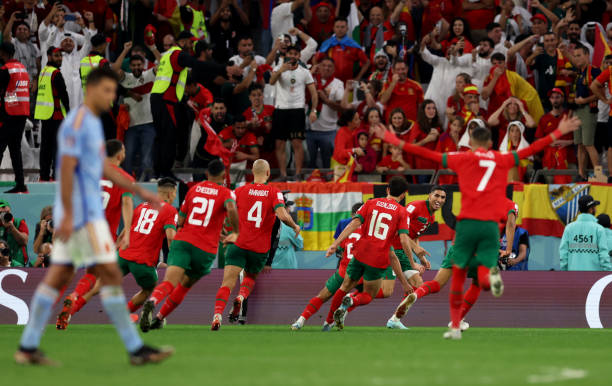 With better finishing from substitute Walid Cheddira in that encounter, they might not have needed Bono’s two penalty shootout saves. Then again, tell that to Pablo Sarabia.

Anyway, Switzerland knew if they were to have a good chance of qualifying for the quarter-finals, they needed the Yann Sommer who did all he could to defy Spain at last year’s European Championships. Instead, the Borussia Monchengladbach goalkeeper had a night to forget.

Ricardo Rodriguez made an important sliding interception to thwart Bernardo Silva’s low cross finding Ramos lurking behind him, in one of many quick Portugal passages of play. Powered by a purposeful orchestrator in Joao Felix, Ramos broke the deadlock less than 30 seconds later.

From a quickly taken throw-in, Felix’s chipped pass into him saw Newcastle centre-back Fabian Schar track the 21-year-old, expecting him to shoot across goal at Sommer’s far post.

Instead, he took one touch to control before blasting it with his weaker left foot – watching it fly past the 33-year-old at his near post. Hit with such venom, he simply had no time to react.

Porto midfielder Otavio could’ve made it 2-0 after a well-worked passing move shortly afterwards, before Felix’s searching pass should have been rewarded with another assist: instead the Benfica man didn’t strike the ball cleanly and Sommer could gratefully claim.

Pepe doubled the leader from a corner after Switzerland’s zonal marking was exploited, getting between Schar and Manchester City’s summer signing Manuel Akanji to head home.

Ramos could’ve had a first-half hat-trick, but Sommer tipped his goalbound effort past the post  after being threaded through by Manchester United playmaker Bruno Fernandes.

Early in the second-half, and the damage only worsened for Murat Yakin’s side.

Embolo appeared to be fouled, but referee Cesar Arturo Ramos Palazuelos waved play on, and Portugal wasted no time charging forward to add a third: Dalot drilling across the box as Ramos gladly ghosted beyond Freuler at the near post before poking through Sommer’s legs.

Ramos then turned creator, assisting an overlapping Raphael Gurreiro after another well-executed move in transition, featuring an Otavio flick and Felix was key in the build-up too.

Fantastic Felix was a constant livewire 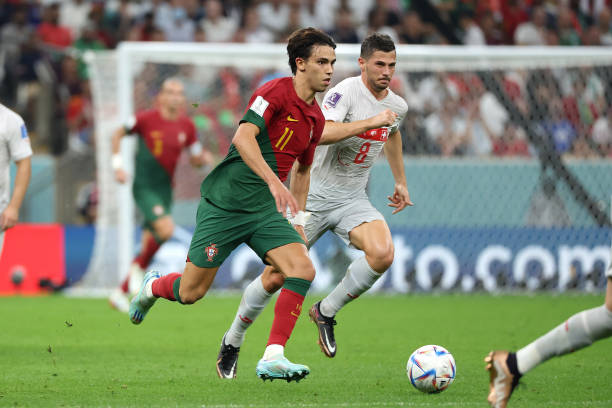 Three minutes later, Akanji slotted home little more than a consolation – Switzerland’s first goal in the tournament’s knockout stages since 1954. The bleeding didn’t stop there though.

There was a bit of fortune about how Ramos got his third, dinking an oncoming Sommer after 67 minutes, but he won’t care. Eray Comert hoped for an offside flag that never came – Fernandes keeping the hotshot onside – as Silva’s inadvertent extra touch pushed play into Felix’s path.

From there, the 23-year-old forward – currently unsettled at Atletico Madrid – provided another neatly-weighted pass for his second assist in one of his final moves of a busy evening.

On came Vitinha, Ricardo Horta and Ronaldo – who had a goal disallowed for offside – while another substitute in Milan’s Rafael Leao added a sumptuous sixth in stoppage-time after jinking past two and curling an effort into the far corner, leaving Sommer rooted to the spot. 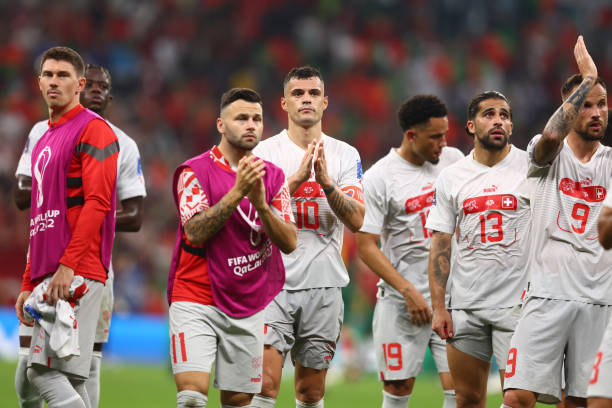 It’s a cruel way for Switzerland to depart the tournament, having won their opening group game and were a Casemiro 83rd-minute wonderstrike away from drawing with Brazil last Monday.

They finished runners-up to the Selecao in Group G by virtue of goal difference, so played a much harder team 24 hours after Tite’s men were quite literally dancing all over South Korea in another last-16 clash, and now crash out at the same stage for a third consecutive World Cup.