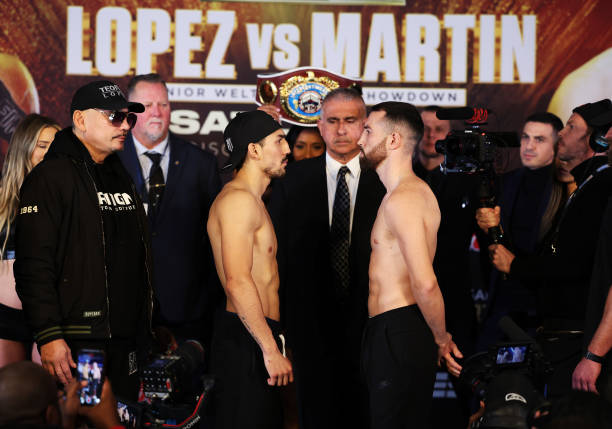 Teofimo Lopez’s Takeback season continues against Spain’s Sandor Martin in the early hours on Sunday, as the 25-year-old former unified lightweight champion looks to continue his light-welterweight campaign with another standout showing. Judging by his bullish comments and a plan to shake up the landscape at 140lbs, will his latest challenge be all plain sailing?

Lopez looking to finish 2022 with a bang 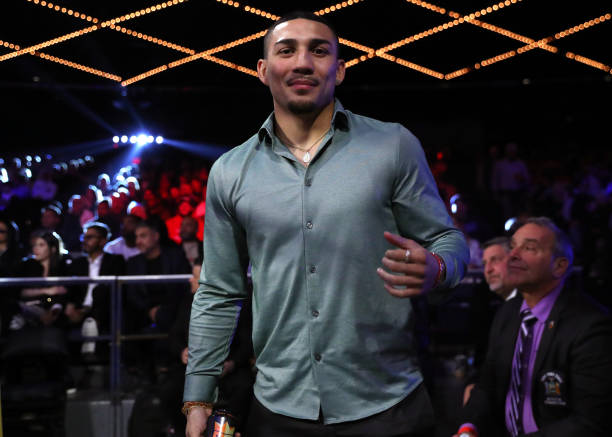 Lopez, pictured here at Lomachenko-Ortiz, can’t afford to be complacent himself this weekend

Teofimo Lopez has big plans for 2023. Just like he did for this year, before George Kambosos Jr’s shock title win at his expense little over twelve months ago. The Australian’s profile rose, and he dared to be great on home soil but fell short in a two-fight series with Devin Haney.

Time and self-reflection present a chance to heal, especially for a 25-year-old whose world was suddenly turned upside down – in-and-outside the ring – which would’ve taught him plenty.

He returned with a R7 TKO win over Pedro Campa in mid-August, and more activity before Christmas can only bode well as far as his intricate technical improvements are concerned.

Other boxing coverage to also read:
Fury feels 2023 will be his biggest career year, assesses matchups with Usyk, Joyce
Eubank Jr vs. Smith: Given their world title ambitions, neither can afford to lose on Jan. 21
Denzel Bentley vs. Hamzah Sheeraz: Both boxers open to possible future showdown

Lopez’s handlers reportedly considered Martin as a possible opponent before settling on Pedraza, though the man himself criticised him for pricing himself out of their fight. Now though, things have worked out and they’ll tussle this weekend after all.

Regis Prograis (28-1, 24 KOs) was dominant en route to scoring a R11 KO win over Jose Zepeda last month to secure the vacant WBC light-welterweight championship, so the winner of Saturday’s bout could be one step closer to a title showdown in the new year.

Lopez (#4 WBO, #6 WBC and IBF, #7 WBA) wants to put his imprint on another division after claiming unified status at 135lbs, saying he’s targeting a UK matchup against former undisputed champion Josh Taylor. Taylor has unfinished business with Jack Catterall to deal with, first.

This week, he criticised Prograis for using money as the motivation when discussing a possible matchup between the pair. Regis, who was once in a tricky position as far as the division’s top table was concerned, wants to be paid well. Per NY Post though, Lopez is unimpressed:

“I love taking challenges because that’s what will separate us from being great, and being the greatest. How do we do it?

We have to give the fans what they want to see – I’m a fighter that takes less money if I need to, to give you what you need to see. That’s what a true champion is, someone who has confidence in themself.”

His outspoken father Sr has predicted his son will be a two-time undisputed champion by 2024, while there was a telling quote circulating when Teofimo previewed this encounter.

“I’m great with southpaws, I love them. You guys have seen it with Lomachenko, Diego Magdaleno. So, with Sandor Martin, I’m looking forward to doing that and worse because you know why?

This guy’s talking a lot of smack, really believing his own hype. So, this is good work for us – great – I love guys that talk shit, so we can shut them up.”

His two unanimous decision defeats, against Alexandre Lepelley (Dec. 2013) and Anthony Yigit (September 2017) haven’t deterred him from getting to the top table at 140lbs and we’ll have to wait and see just how he performs against Lopez here. Could another surprise be in store?