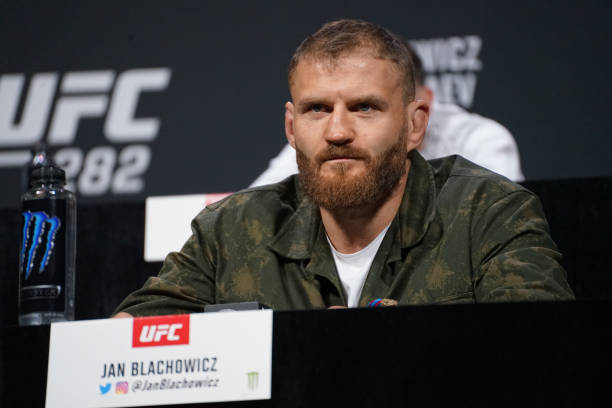 Jiri Prochazka’s serious shoulder injury saw the Czech vacate his 205lb title, keen not to hold the division up in his absence. While unfortunate, Jan Blachowicz called the news an early Christmas gift, and now the former light-heavyweight champion suddenly has an opportunity to regain the strap he lost against Glover Teixeira 14 months ago. Up against a clearly favoured Magomed Ankalaev though, which man will have the last laugh in the early hours on Sunday? 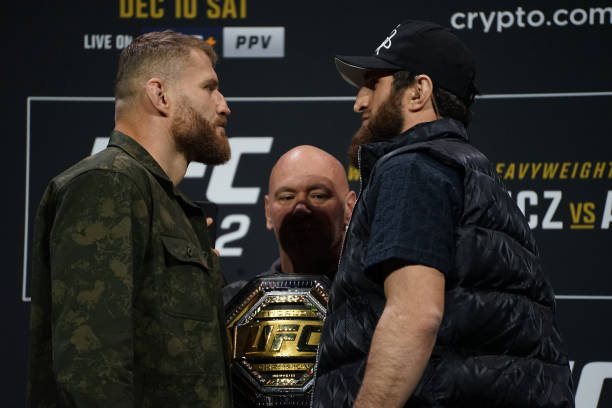 He doesn’t care about being an underdog. Five rounds is more suited to his style. This scheduling change – from co-main event to PPV headliner – is a welcome shift for the 39-year-old former titlist, given his legendary Polish power and everything that comes with the territory.

It’s his eighth five-round fight, only two have gone the distance in his career and he won both – Jacare Souza in Brazil, Nov. 2019 before making the first defence of his light-heavyweight strap against now-former middleweight champion Israel Adesanya back in March 2021.

That would ultimately be his only defence of the 205lb strap, which will crown its fourth champion since Jon Jones relinquished the belt in August 2020.

Jan is hoping to avoid a sluggish start and that he’ll become a two-time king in a division with movement aplenty, though his detractors will be quick to reinforce the feeling it’s more of an interim title until Prochazka is fully healed from shoulder surgery and passed fit to return.

“It’s not my fault. I want to fight against Jones, but he don’t want to fight me – nobody knows what he’s doing right now. I also wanted to fight Jiri, he wanted the [Glover Teixeira] rematch, now he’s injured. This is not what I choose, but it is what it is. It’s the championship, the most important thing for me.”

Blachowicz said, with victory this weekend, he’ll be ready for all comers – a Teixeira rematch to avenge his defeat last year and more besides – but first he must tame an in-form Ankalaev many opponents, including Thiago Santos and Anthony Smith in 2022, simply had no answers for.

Through a translator, Ankalaev believes now is his moment. He’s gradually continued going up the ranks since suffering a hail mary triangle choke submission defeat by perennial contender Paul Craig at UFC London on his promotional debut more than four-and-a-half years ago:

“The day has finally arrived – we’ve waited so long – we will show what we’re worth this Saturday, come and take what’s rightfully ours.

I basically did step-by-step, pretty much knew at some point they would not have a choice [but] to give me a title fight.

Blachowicz is a great fighter, great guy, but this fight is my dream, my opportunity. I will do whatever I have to do, to make sure I come out of that octagon with the title.”

In-case you weren’t aware of just how good Ankalaev’s been in recent years: the Russian’s nine-fight UFC winning streak is the longest active run in the promotion’s light-heavyweight division, second-longest behind Jones (13) all-time and he’s one of the younger contenders at 30.

Headlines elsewhere on the card… 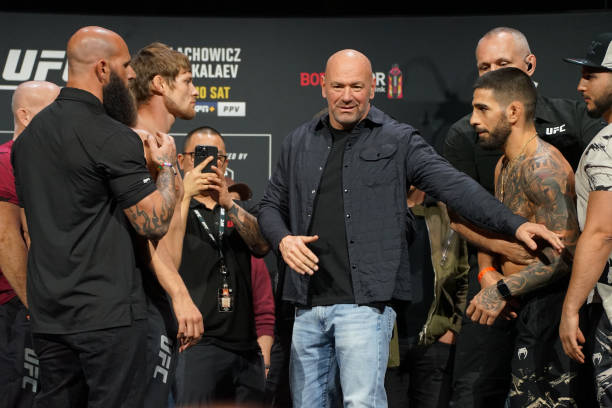 Feisty: Mitchell and a fired-up Topuria face off during Friday’s ceremonial weigh-ins 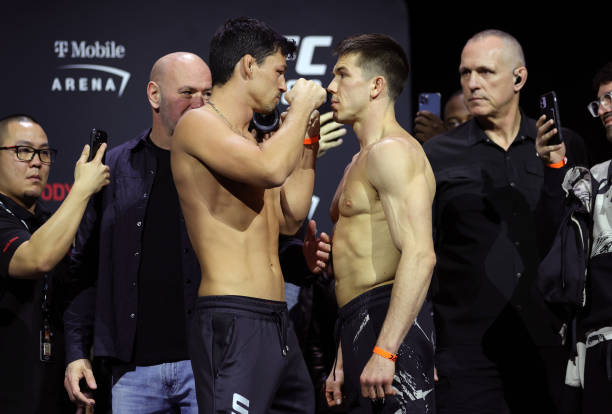 Quarantillo vs. Hernandez is a quietly compelling featherweight clash featuring on the early prelims