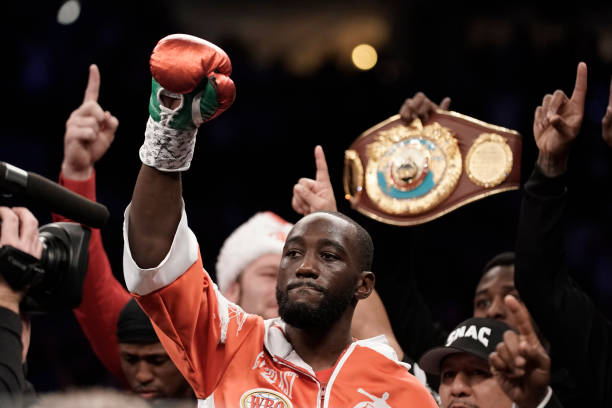 After a 13-month layoff, Terence Crawford shook off the ring rust against a competitive opponent in David Avanesyan – better than most expected – en route to a big KO finish. He discussed his free agency status afterwards and in 2023, the WBO welterweight champion must do all he can to secure the division’s most pressing fights before father time deems it too late. 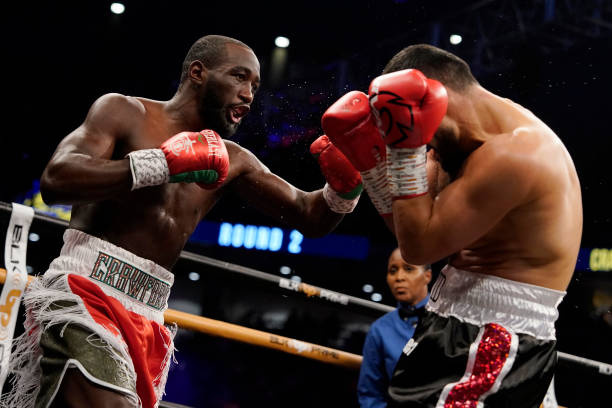 Crawford looked in control early, despite absorbing some power shots, and finished with aplomb

Whether you believe he’s culpable for failings or not, the WBO welterweight champion’s 2023 schedule needs to be a busier one in the ring if he truly wants to be crowned #1 in his division.

Before settling things during a matchup no-one clamoured to see, Crawford revealed he was previously aware of Avanesyan’s abilities given the possibility the pair could meet someday.

“He hasn’t been an opponent I targeted, but been on my radar since I’m aware of everyone in my division. I’ve taken notice of him for quite some time now. This is not something that’s new to me, his fighting style, but I’ve kept my eye on him, preparing for the day if I had to fight him.”

Avanesyan’s pressure-heavy style saw him overwhelm Britain’s Josh Kelly last year in a European welterweight title defence, though the 34-year-old has been categorised as little more than that.

A harsh description perhaps after contrasting world-level defeats by Lamont Peterson and former title challenger Egidjius Kavaliauskas a year apart, but boxing is unforgiving at the top.

As quick as some are to plead for those big matchups, no-one forgets who falls short. Although he didn’t win a round on the judges’ scorecards here, the Russian acquitted himself well and caught Crawford clean a few times in consecutive rounds. That only served to make Bud angry.

Having controlled proceedings behind the jab, Crawford absorbed a big right-hand midway through R1 as he was a step slow when switching stances.

Avanesyan backed up him against the ropes momentarily in the second, landing a good left and a sneaky follow-up body shot, though Crawford was still having the better of their exchanges.

In the third, the champion found himself being stalked around the ring.

Avanesyan landed a nice left and counter right, but intricate details and ringcraft – like a slick spin move and subsequent body shot – meant Crawford wasn’t worried by his success.

That’s not to say David wasn’t holding his own. 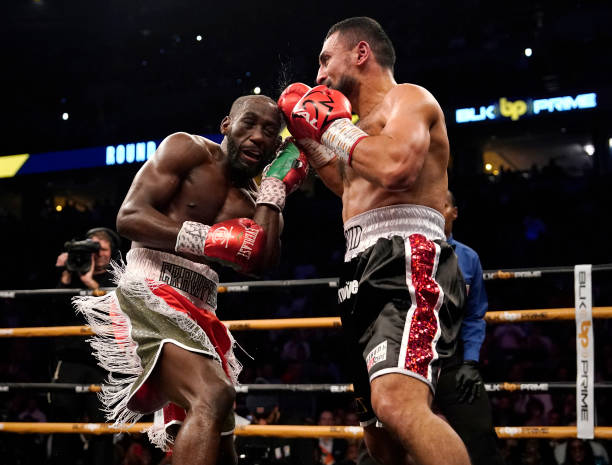 He was, especially up close in the pocket, as uppercuts and straight shots encouraged the hometown hero into a little firefight during the latter stages of R4.

Avanesyan landed some good shots just before the bell, taking advantage of Crawford’s low guard, but the two-division champion smiled back at him in response.

The crowd were on their feet in the fifth, with some nip-and-tuck action to chew on. They’d get the blistering knockout punch they came for, soon enough.

After a pause by referee Sparkle Lee before the sixth as Crawford appeared to have punched a hole through both his gloves but was greenlit to continue, the finish was near.

He replied by picking his shots, unloading a flurry of uppercuts, body and head punches, before securing a tenth straight stoppage win by catching Avanesyan as he threw a straight left.

A short uppercut and right hook counter did the trick, as Avanesyan lay motionless and no count was needed. A beautiful combo and emphatic finish, Crawford wheeled off to celebrate.

What’s next? whisper it quietly, but time at the top is ticking 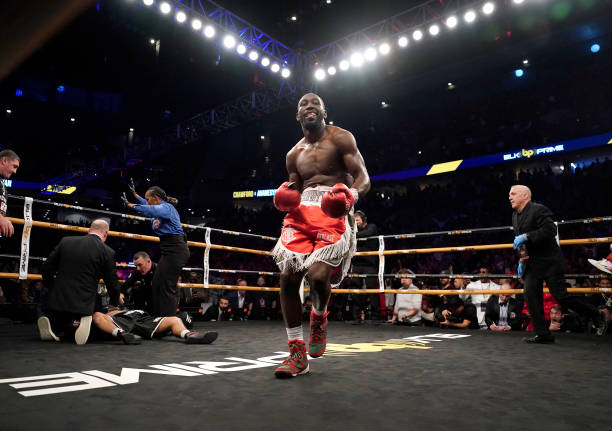 Although the CompuBox stats said he threw a whopping 602 punches – a lot of them range-finding light jabs – with limited accuracy, Terence’s tactics worked a treat against a challenger with nothing to lose and plenty to gain on what’s likely his final world title opportunity.

The defending champion was caught clean a few times with single power shots, though that much was to be expected given Avanesyan’s style and relentlessness when letting his hands go.

Of all the existing world champions in boxing, only three are currently older than Crawford (Usyk, Beterbiev and Golovkin) – the trio all find they have different questions posed of them right now.

Read more on the older champions
Fury feels 2023 will be his biggest career year, talks contrasting matchups vs. Usyk, Joyce
Beterbiev vs. Yarde presser: Regardless of the outcome, Jan. 28 hosts a compelling watch
Golovkin vows to return and defend his two 160lb titles after losing Canelo trilogy

If his desire to move up again – to light-middleweight – and challenge undisputed champion Jermell Charlo is realised at some point down the line, time is of the essence at this current weight. His resume (and legacy) would look incomplete without fighting Spence, at least once.