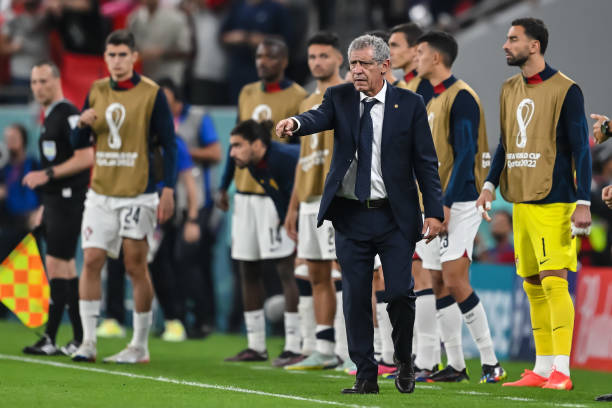 After Morocco stunned them in the World Cup quarter-finals, the Portuguese federation (FPF) yesterday announced their decision to part ways with head coach Fernando Santos, whose deal ran until 2024. The 68-year-old, who guided them to their first-ever senior international title back at Euro 2016, also led A Seleção to the UEFA Nations League title three years later. 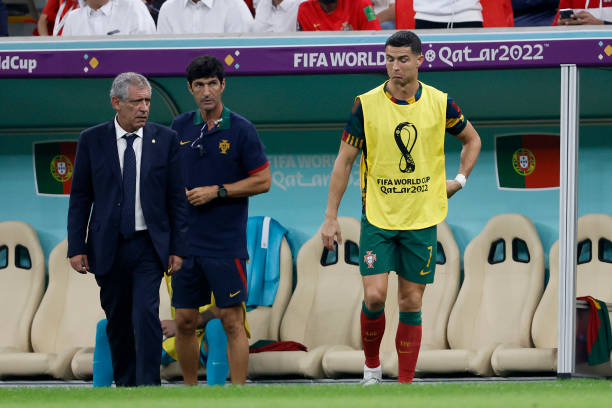 Santos’ handling of the Ronaldo situation was tricky but paid off, despite the player’s discontent

Well, that was quick.

Portugal had ample chances to progress but came unstuck against a determined Morocco display last Saturday, and now this is the right time to begin a new cycle for the national team.

Santos still had two years left to run on his existing contract as head coach, but the decision to opt for a clean break ahead of Euro 2024 across Germany won’t be surprising as far as his critics are concerned – who questioned his selection decisions and substitutions. Sound familiar?

“When you lead groups, you have to make some difficult decisions. It’s normal that not everyone was happy with the choices I made but the decisions I took were always thinking about what would be best for our team.”

Santos, who has managed 11 teams across Portugal and Greece in a 34-year career – most recently four years with the Greek national team – was appointed head coach in Sept. 2014.

There will be intrigue about how the new man builds upon a core with youth and experience in good supply. Bruno Fernandes, Bernardo Silva, Raphael Guerreiro and Joao Cancelo (all 28) and Manchester City defender Ruben Dias (25) are just five who theoretically should be mainstays.

But perhaps the post-Ronaldo era should inspire a change in mindset, that starting positions aren’t a certainty for others the same way the privilege was for him up until the very end.

Cancelo was under pressure and lost out to Manchester United’s Diogo Dalot, while Wolves’ Matheus Nunes and PSG youngster Vitinha will both target breaking into that midfield properly.

Which other managers have left?
Uruguay: Diego Alonso resigned after they were ousted in the group stage
Belgium: Roberto Martinez’s contract expired after the tournament
Netherlands: Louis van Gaal resigned, having earned the best win percentage (70%) of his career
Brazil: On career-best win percentages, Tite (74%) departed after their shootout loss to Croatia
Ghana: Otto Addo resigned, now focusing solely on his role as Borussia Dortmund’s talent coach
Spain: Luis Enrique departed after their shootout loss against Morocco in the last-16
South Korea: Paulo Bento cited a break as the reason why he left his post
Mexico: Gerardo Martino left his post after their disappointing group stage elimination

Some decisions went well, others questionable 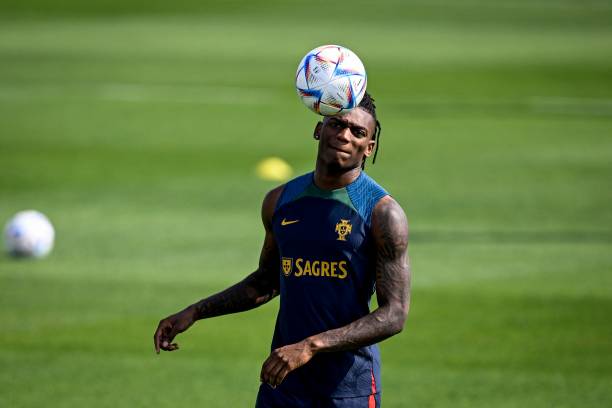 Leao, Milan’s star man, was surprisingly reduced to a substitute role throughout the tournament

Santos’ decision to drop star man Cristiano Ronaldo for their last-16 game against Switzerland was under serious scrutiny, despite the forward’s dwindling form and dissent shown after being substituted during their surprise 2-1 defeat by South Korea in the group stages.

However, that bold choice was vindicated rather emphatically as replacement Goncalo Ramos scored the tournament’s first and only hat-trick in a 6-1 thrashing.

Santos again benched Ronaldo against Morocco, before bringing him on in the second-half as they ultimately crashed out but had no regrets afterwards. The questions about his judgment on this occasion surrounded Milan’s Rafael Leao and an unnecessary goalkeeping situation.

Leao, who scored goals off the bench against Ghana and Switzerland, was solely used as an impact substitute at the tournament – much to the understandable dismay of many.

The 23-year-old winger, who has scored seven and created nine more across 20 appearances in all competitions for Milan so far this season, should’ve warranted a bigger role. Speaking of…

Roma’s experienced no. 1 Rui Patricio, capped 105 times over 12 years in the senior side, has gradually seen himself phased out in favour of Porto’s Diogo Costa over the past 18 months.

Both have had decent campaigns at club level, but Costa’s unconvincing display during their opening game against Ghana only foreshadowed what was to come over the tournament.

It was his error – misjudging the flight of an aerial cross in mid-air – which saw Sevilla’s Youssef En-Nesyri head past him in the area minutes before half-time during that shock Morocco defeat.

Small margins such as those may have cost Santos his job.