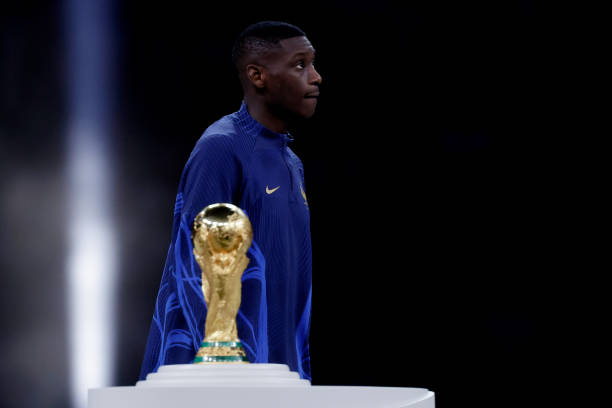 France forward Randal Kolo Muani will undoubtedly be thinking about his stoppage-time miss against Argentina in Sunday’s World Cup Final, but the Eintracht Frankfurt frontman – a late-notice injury replacement – shone on the world stage and spoke of his pride at a tournament he didn’t expect to be at. Elsewhere, Morocco duo Sofiane Boufal and Azzedine Ounahi have attracted interest from a host of European clubs: both are now anticipating January transfers.

Boufal, Ounahi unlikely to play for Angers much longer 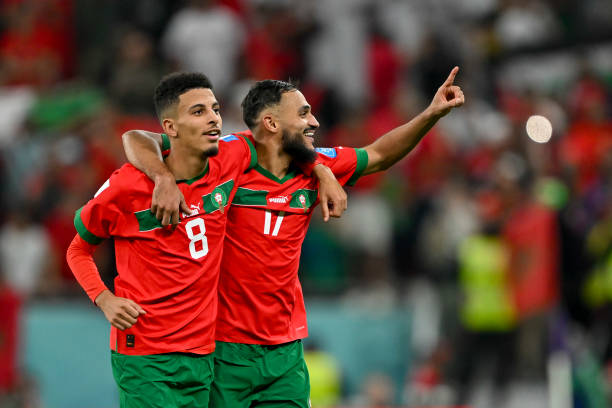 After playing an integral role in Morocco’s inspiring run to a fourth-place finish at the World Cup, Angers’ duo Sofiane Boufal and Azzedine Ounahi have naturally attracted interest from numerous European clubs. As such, their days at Ligue 1’s bottom side appear almost complete.

Per a report by L’Equipe, both players want to leave.

Boufal, who spent four years – including a year-long loan spell at Celta Vigo – as a Southampton player (2016-20), has a deal until June 2024 but the winger wants to leave his boyhood club.

Each of the last six seasons, they’ve had their hand forced to sell a key asset or more.

Lille’s €7m (£6.1m) bid for Ounahi was rejected in the summer, and they’ll potentially recoup up to five times that figure if reports are to be believed. Although resigned to losing him next month, Angers are keen to retain him for the rest of the current campaign in any deal.

The pair are now on vacation until the beginning of January after celebrations in Rabat, and although the club’s interim head coach Abdel Bouhazama’s attempts at staying in contact with them during the tournament, any efforts persuading them to stay are regarded as futile. 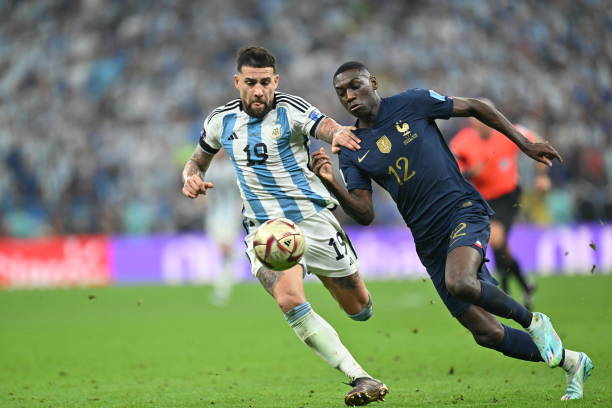 Kolo Muani leaving Nicolas Otamendi in his rearview mirror, on an evening where he won the penalty and could’ve snatched a World Cup winner in stoppage-time

An unsung hero whose name exploded after scoring with his first touch in the World Cup semi-final against Morocco, Randal Kolo Muani managed an even better feat during their dramatic defeat by Argentina on Sunday evening after replacing a woeful Ousmane Dembele display.

Christopher Nkunku’s knee injury on the eve of the tournament saw Kolo Muani called upon by Didier Deschamps, a nuisance for Nicolas Otamendi and the Argentina backline to manage. He won a penalty at the Benfica centre-back’s expense, which in turn kickstarted their comeback.

If not for an excellent Emiliano Martinez stop with his outstretched left leg to deny Kolo Muani, he’d be heralded as the World Cup winner – much like club teammate and Germany playmaker Mario Gotze managed to produce in similar circumstances against Argentina eight years ago.

As quoted by German news outlet Kicker (translation required), he described his first World Cup tournament as a magical experience that filled him with incredible pride – enjoying every minute – made even sweeter by the fact he wasn’t expecting to be there in the first place.

“Randal played a very strong final, we are very proud of him.

France came back into the game after he was substituted on, everyone saw what a strong player he is – represented Eintracht Frankfurt excellently and almost scored the winning goal.”

The 24-year-old was reportedly offered to Bundesliga champions Bayern Munich before the World Cup and they are continuing to monitor his progress, per Sport1. The plan remains clear: developing at Frankfurt for the rest of this, and next season, but that could quickly change.

Having joined on a free this summer from Ligue 1 side Nantes, where he made his pro debut and played 87 games for the senior team over three seasons, his transfer value continues rising. As such, those World Cup displays will have increased the admirers now scouting him at club level.

He’s scored eight goals and created 11 assists in 22 appearances across all competitions for Frankfurt this term, including decisive Champions League goals against Marseille and Sporting.

Eintracht, who finished second in Tottenham’s group, will now play Serie A leaders Napoli in the last-16 in the new year – the first time they’ve reached this stage of Europe’s elite club competition since losing the European Cup Final to Real Madrid back in the 1959-60 season.

Currently fourth on goal difference, seven points off leaders Bayern after 15 matchdays, they return to action against bottom side Schalke on January 21 and fancy their chances of securing their best league finish since the days of Golden Boot winner Anthony Yeboah in the 1990s.