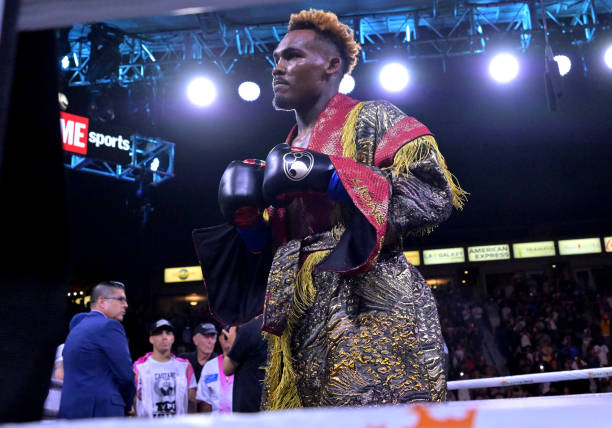 Having only fought once for three consecutive years, undisputed light-middleweight titlist Jermell Charlo’s proposed defence against Tim Tzuyu for January 28 has been postponed indefinitely, after the 32-year-old sustained a broken hand in two places during a sparring session on Tuesday. Tzuyu confirmed he’s ready to face the next mandatory challenger in the meanwhile, but how does this injury news impact an already weak division of contenders? 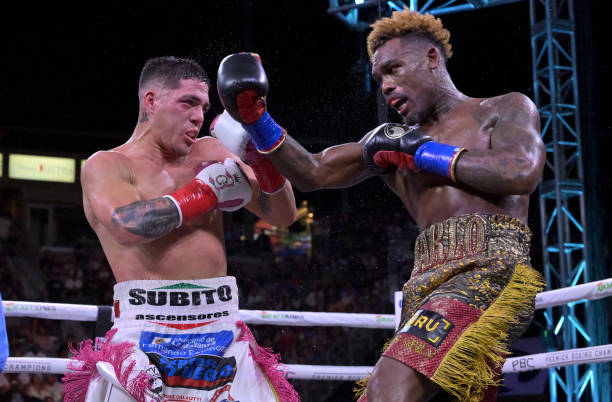 Charlo (right) during his successful rematch against Argentina’s Brian Castano, back on May 14

The paragraph that follows his name praises the Brian Castano victory in their rematch, before adding a crucial caveat: it’s one of the weakest weight classes in the sport.

Assuming he proves too much for Australian contender Tim Tzuyu, there’s no viable challengers outside of Sebastian Fundora. That’s perhaps the reason why WBO welterweight champion Terence Crawford has actively called for a matchup at 154lbs against the division’s current king.

Other boxing coverage to also read:
Ben Shalom, Richard Riakporhe, Frazer Clarke and more: Comments ahead of a busy 2023
Billam-Smith weathers Xhoxhaj storm, Azeez overwhelms Fielding on BOXXER show
‘Do I still have it?’ Lopez’s vulnerability heightened after SD win over Sandor Martin
Crawford crunches Avanesyan on his career night, but now the big fights must be made

Well, we’ll have to wait a few months before the Tzuyu defence now after it emerged overnight that Charlo has suffered a broken hand in sparring for their Jan. 28 date – an unfortunate blow for all concerned, especially when you consider the division has been slowly moving of late.

Charlo broke his left hand in two places – between the little and ring fingers, and also the base of his thumb. After visiting two doctors and a hand specialist in Houston, that hand has been placed in a cast and will remain so for the next two months. Once removed, he needs full rehab.

Then, and only then, will the 32-year-old champion be cleared to resume full training. Injuries are part-and-parcel of any sport, especially one as physically taxing as boxing, but when a world champion boxer isn’t exactly active, it means these unwanted updates are even more significant.

“I’ve been training since July, and been hitting harder than ever, these are the things that happen when you push yourself to the limits. After my hand heals, I’m coming back stronger than ever to defend my legacy.” 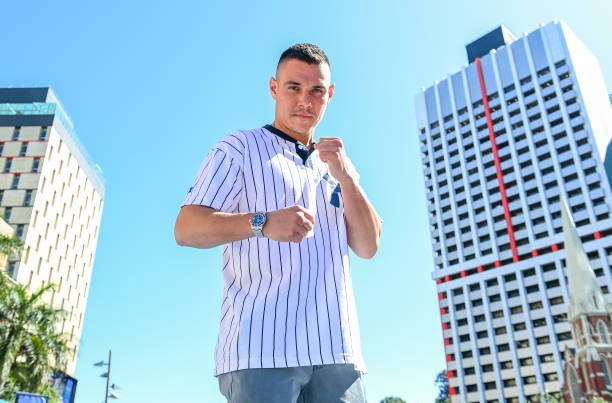 Tszyu, pictured back in his native Australia, is a considerable underdog against Charlo

Besides Fundora, who celebrates his 25th birthday on Wednesday, the division lacks much in the way of young up-and-coming stars to crown as the next long-reigning champion.

21-year-old southpaw Jesus Alejandro Ramos (19-0, 15 KOs) and 22yo Joseph Spencer (16-0, 10 KOs) are gradually making waves in the weight class but haven’t been tested by top opponents.

The same can be said for Top Rank’s 20-year-old prospect Xander Zayas (15-0, 10 KOs), who still needs some seasoning before anyone can confidently proclaim him the division’s next star.

It’s not exactly a good sign of a division’s health when one of their top contenders in Liam Smith (#2 WBO, #3 WBC, #4 WBA, #6 IBF) has flickered between divisions and is moving up a weight class as he attempts to expose a fellow world title hopeful in a domestic duel next month.

Russia’s Magomed Kurbanov (24-0, 13 KOs) earned a career-best win at Smith’s expense in May 2021, but the 27-year-old remains virtually unheard of among many and is currently unranked by all sanctioning bodies as a result of the ongoing war on Ukraine by his native country.

After his last victory (UD10) over Johan Gonzalez on Dec. 11, the sentiment was the same: he’s ready for a real challenge. The risk vs. reward is too big for some opponents to ignore, especially against an unbeaten fighter relatively unknown to the masses. When will he get that?

“Both of them are scared to fight with me, the winner is gonna vacate the IBF title. I feel they made a mistake because when I became the mandatory, I was 27 and didn’t have much experience. Now, I’m almost 30 and have a lot. For them, it will be very, very hard. Every year and fight, I’m getting better.”

Having been outpointed in a welterweight title fight by a returning Errol Spence Jr this time two years ago, two-weight world champion Danny Garcia made his return in July against Jose Benavidez Jr at 154lbs. All of this further reiterates the division’s severe lack of depth.