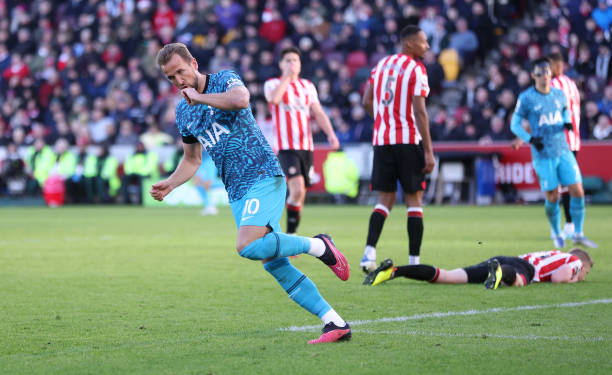 A six-week World Cup hiatus didn’t appear to faze a bullish Brentford display, nor spring Tottenham out of their worrying tendencies as the pair played out a compelling 2-2 draw in the Premier League’s first fixture back since the winter international pause ended earlier today.

Bees buzz to a two-goal cushion 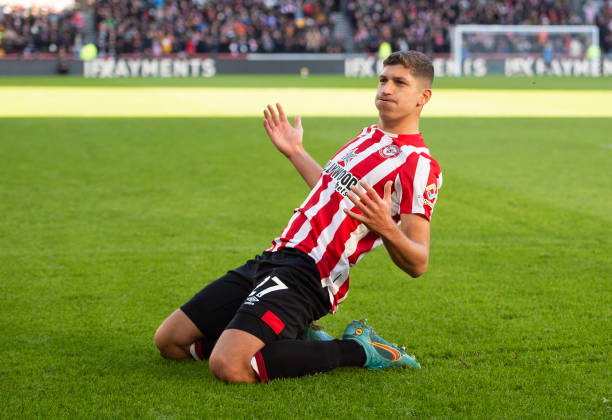 Janelt’s 15th-minute goal got Brentford off to a welcome start, but Tottenham rallied from 2-0 down

Just two days after it was announced that he signed a contract extension until 2027, Thomas Frank would’ve been enthralled with his side’s showing at times in the day’s early kick-off.

They always appear motivated against top opposition and that’s why he spoke with understandable frustration afterwards, reflecting on the chances they missed as Tottenham – without warning – forced their way back into proceedings midway through the second-half.

Brentford were good value for their advantage, first to most duels and unlike their visitors, looked refreshingly energised in anticipation of the physical battles that awaited them. That’s why it didn’t come as a surprise, the way in which they broke the deadlock in west London.

German midfielder Vitaly Janelt scored his first goal since a late equaliser against Everton in August and couldn’t believe his luck after converting a close-range rebound. In the build-up, Ivan Toney leapt above Japhet Tanganga to head the ball towards an overlapping Bryan Mbeumo.

Mbuemo’s delivery across the box fed Mathias Jensen, whose deflected effort goalwards was parried by an unbalanced Fraser Forster – but only as far as the 24-year-old to prod home.

Forster, deputising for Hugo Lloris on the Tottenham captain’s 36th birthday, made a leg save at his near post to deny Zanka from adding to their slender lead shortly after the half-hour mark.

Meanwhile, Toney briefly thought he had doubled Brentford’s advantage as Yves Bissouma’s mistake in possession was pounced upon by Christian Norgaard’s defence-splitting pass. 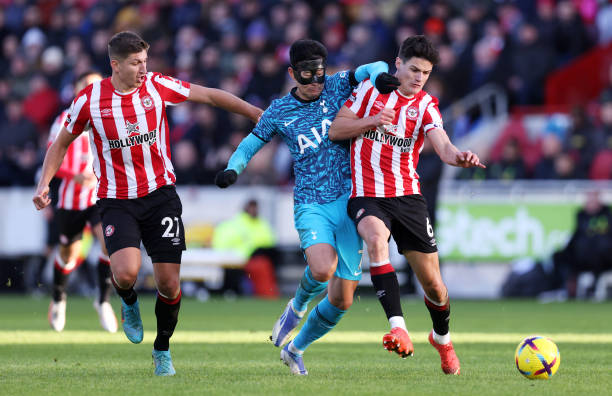 The offside flag saved an unconvincing Tottenham backline the trouble of another inquest, though they finally began to display some collective urgency in the latter stages of an eventful first-half. Before any comeback was on the cards though, their woes were compounded.

Toney got the goal his hustle and movement deserved after 55 minutes, profiting inside the area after Eric Dier’s miscued clearance moments earlier saw the ball trickle behind for a corner.

Norgaard’s near post flick-on gave the 26-year-old an unmarked sight of goal and Tottenham’s feeble attempts at man-marking were duly punished by one of the division’s top marksmen.

His 11th league goal of the campaign, you could be forgiven for thinking he had just confined another top side to an unwanted defeat by the Bees – like Manchester City immediately before the hiatus. Instead, Tottenham fought back – as they’ve made a habit of doing so far this term. 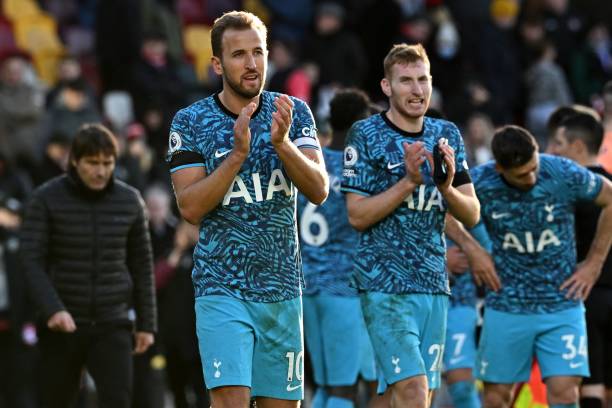 Kane, Kulusevski and the Tottenham players applaud fans after their hard-earned point

Less than three minutes before their deficit was increased, Tottenham had a genuine penalty appeal waved away by referee David Coote. Harry Kane was hauled to the turf by defender Ben Mee, who wasn’t looking at or attempting to play the ball as it was whipped into the area.

Coote deemed it not enough – or a reciprocal 50-50 tussle – to warrant a spot-kick, despite the 33-year-old in an uncompromising position with his hands where they shouldn’t have been.

Kane’s arguments went ignored and soon afterwards, they were trudging back to the centre circle needing to salvage something from another unwanted predicament.

Already this season, it’s happened half-a-dozen times across all competitions and it wasn’t as though Antonio Conte had a wealth of attacking riches to utilise off the substitutes’ bench either.

Instead, an excellent Clement Lenglet cross – the Barcelona loanee’s second assist of the season – picked out Kane with a teasing delivery.

He still had work to do, but left Mee on his heels and jumped over him to head beyond David Raya with aplomb. 2-1, game on again and six minutes later, they equalised. Considering the attention fixed on the England captain after his World Cup exertions, who else would it be?

“I have zero doubt about his quality, mentality, the way he approached every game and training session. You can have positive or negative moments… if you are strong mentally – if you are a top player – there is a moment you have to put to one side a negative situation and move on. I think Harry did this.

In one side, I have to be happy for the reaction, the way we played in the second-half. Not only scoring two goals but energy, desire, the intensity. When you play in this way for sure you create a lot of problems for your opponent.”

Dejan Kulusevski exchanged passes with Matt Doherty, then slipped through an unmarked Pierre-Emile Hojbjerg in the box – who had time to pick his spot and fired into the far corner.

Tottenham lead the league in second-half goals (23) and with that in mind, it’s no surprise Brentford must’ve feared the worst after being hit twice in quick succession without warning.

Doherty, then Mbuemo, both tried to manufacture penalties and the latter was booked for simulation after being set through on-goal.

Kane hit the crossbar with a leaping header as Raya was caught in no man’s land, then Toney missed a chance to turn matchwinner with an onrushing Forster down the other end.

2-2 was a result neither side wanted, but again the visitors’ powers of recovery proved handy in a game they easily could’ve lost by two or three.