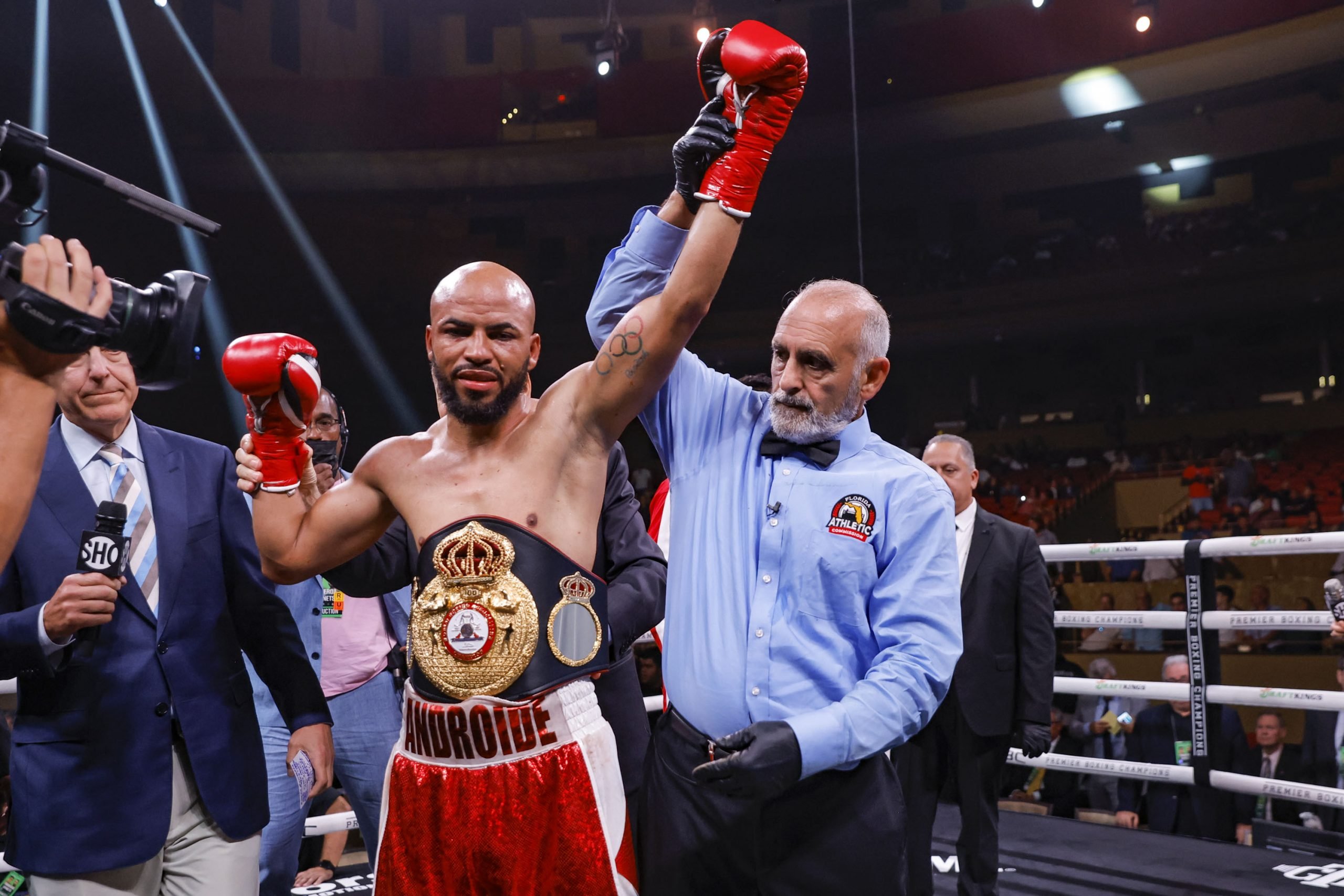 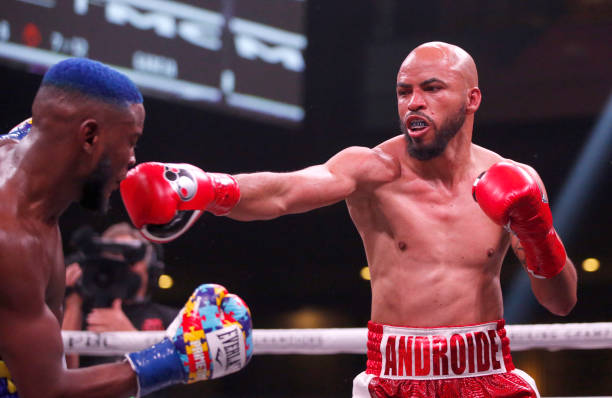 Garcia (right) vs. Colbert on Feb. 26 – he followed up by dethroning Roger Gutierrez six months later

Editor’s note: This article was written ahead of time and scheduled almost a week in advance. Since then, Gervonta was arrested and bailed on a reported domestic violence charge and it’s unclear whether the matchup will continue ahead as planned. If not, I’ll cover tennis instead.

Gervonta Davis, who turned 28 in November, enters the new year – a decade after turning pro – keenly aware he’s solely responsible for what’s to come going forward. Thankful for the opportunities afforded to him under Floyd Mayweather’s tutelage, that is now no more.

Just like possible opponent Ryan Garcia had to figure out with a coaching change in 2022, Tank knows time is fleeting as far as his career resume and goals are concerned. Speaking of…

31-year-old Hector Luis Garcia (16-0, 10 KOs) presents a real threat to Davis next weekend, is a stiffer tune-up fight than most expected and is precisely the sort of fighter many feel he wouldn’t have faced in previous years while still under the Floyd Mayweather promotional banner.

“When a boxer like me – boxing my whole life – gets an opportunity, he takes it. I am an experienced fighter, getting me out is going to be a problem.

Davis’ boxing qualities are good, he’s at the top but that is what motivates me the most and makes me want to fight him.”

In the interview hyperlinked above (subscription-required), Hector Garcia also spoke about how much a potential surprise win over Davis would mean – not just personally – but for the Dominican Republic, who have a cluster of top boxers across multiple weight-classes right now.

Mutual respect between the pair is clear 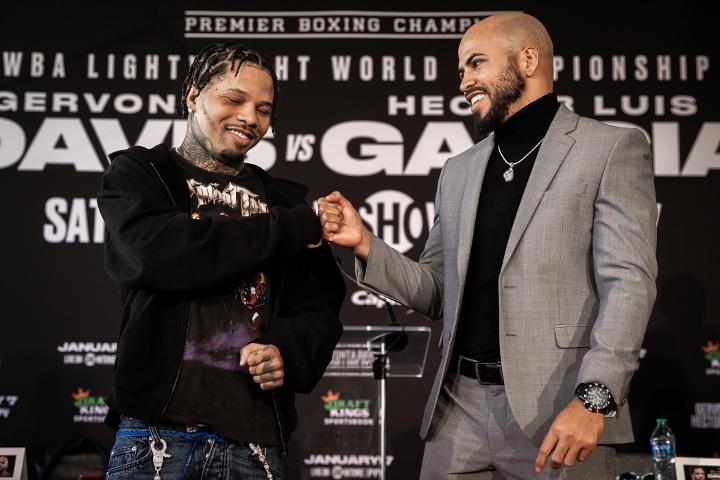 Davis and Garcia at the press conference earlier this month

Add all of that together, with the fact Garcia enters this matchup with an unblemished pro record – never been knocked down either – and a 52-fight amateur career spanning five years, he has serious pedigree. The underdog tag won’t faze him, like was the case against Chris Colbert.

“I’m definitely not sleeping on, or overlooking him. You saw what he did against Colbert, I know that he’s technical, got a little pop… I just want to put on a great performance. I’m going back, watching tape and studying him.

I’m not a guy who overlooks my opponent just because social media says someone is trash or anything like that. I don’t think he’s trash.”

While there’s mutual respect between the two, Davis – whose boxing IQ and skills are often an afterthought to his power – knows he can’t just rely on his patented left hand to knock him out.

He set up the stoppage against Rolando Romero beautifully back in May, but most had him losing on the scorecards through six rounds before the decisive punch.

Davis suffered an injury, but Isaac Cruz certainly did much better than everyone expected – and that win has aged well since. Mario Barrios, a much bigger man, gave him problems before the stoppage last June and fans were enthralled during his Leo Santa Cruz scalp the year prior.

Tank’s style is fan-friendly but he’s not a defence-first boxer, despite often having a significant height and reach disadvantage to work with come fight night. It’ll be interesting to see how he fares next Saturday, in a matchup I’ll be covering on moandsports.com. Stay tuned for that.