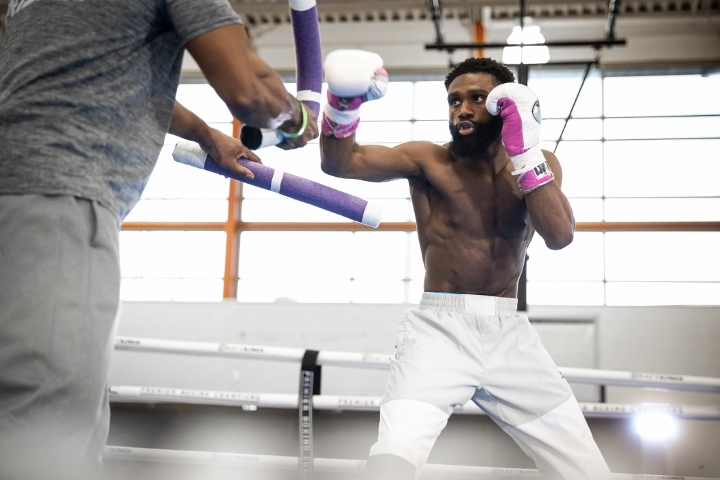 Jaron Ennis acknowledges that trash talk isn’t his style, but the 25-year-old welterweight contender instead feels patience and persistence will aid him in a long-running effort to finally get a shot at the world titles. He faces Ukraine’s Karen Chukhadzhian in the co-main event of this weekend’s Gervonta Davis card, with the victor being rewarded the IBF’s interim belt.

Who is Jaron Ennis’ next opponent Karen Chukhadzhian? 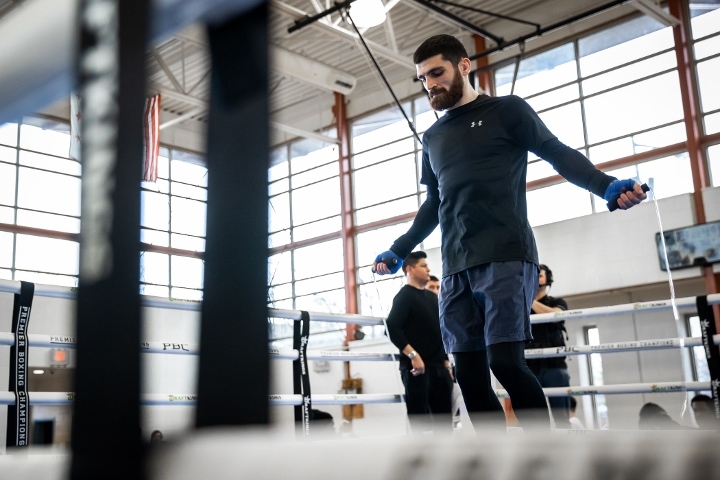 Chukhadzhian prepares to make his Stateside debut this weekend

Since losing his second pro fight in April 2015 via split decision, during a three-round light-middleweight tournament final, #4 ranked IBF welterweight contender Karen Chukhadzhian (21-1, 11 KOs) has gradually grown and built up experience aplenty across his native Ukraine.

He’s most recently had bouts in Russia and Germany, where the 26-year-old currently resides, and earned stoppage wins over Ryan Martin and Blake Minto for the IBF Inter-Continental title.

Other boxing coverage to also read:
Errol Spence Jr rubbishes idea of tune-up fights, with April-June timeline for his next bout
Hector Garcia warns Gervonta Davis not to overlook him this weekend – as megafight lurks
75 days on: What’s next for quartet after Shields-Marshall, Mayer-Baumgardner bouts?
Eubank Jr insists he wants once-cancelled Golovkin matchup next, if he beats Smith
Charlo’s broken hand causes uncertainty, as Tszyu title defence on Jan. 28 postponed

Ranked #26 at 147lbs by BoxRec – Ennis is #5 – he’s largely unknown and a heavy underdog given Boots‘ switch-hitting skills and venomous punch power, but should take courage from Michael McKinson’s showing vs. Vergil Ortiz Jr as far as improving his reputation is concerned.

“I’m not going to the US just for a paycheck, I’m coming to give a great fight. I want everyone to be satisfied with my performance – we do this for the public – I plan to deliver a big surprise.”

Karen’s best win on his resume to date remains a split decision win over Russia’s Sergei Vorobev, who was 9-0 at the time, for the WBA International welterweight title.

Vorobev (19-1, 13 KOs) has moved up to light-middleweight since that defeat, earning ten victories and seven stoppages since the summer of 2020. 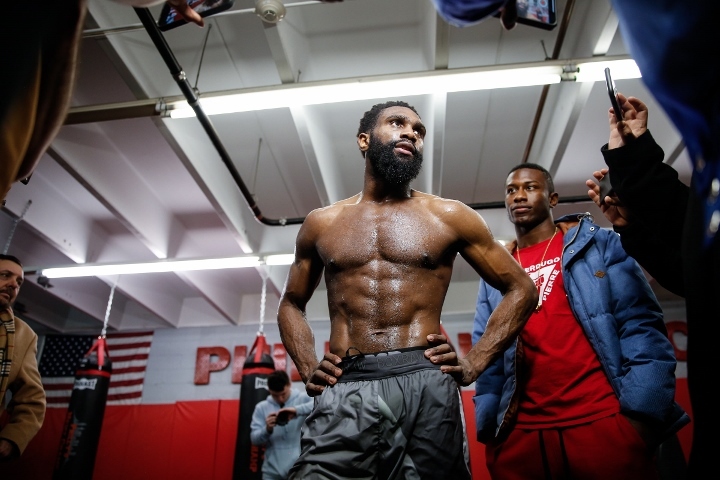 Ennis after a gym workout, answering questions from the assembled media last week

He’s previously expressed a desire to secure matchups with WBA (Regular) champion Eimantas Stanionis and rising star Vergil Ortiz Jr – now the pair will face one another on March 18.

His response when asked to pick an outright winner in that matchup is one of uncertainty, unsure of who will prevail in a compelling clash. He does know he wants the winner: “It’s a good, a 50-50 fight. Hopefully, whoever wins, I’ll get the winner. I just wanna fight, beat people up.”

“I never underestimate anybody. Like I always said before – I don’t care [who I’m fighting], I’m gonna train like it’s a world title fight.

Every fight that I have, I don’t care who they put in-front of me, gonna train hard, do what I’m supposed to do. That’s why I’m always prepared for anything that happens or goes on in the ring, always gonna be focused.”

Although Ennis is ranked #1 by the IBF and is three-belt champion Errol Spence Jr’s mandatory challenger in that sanctioning body, the IBF have not yet forced him to satisfy that obligation.

As such, Jaron’s handlers petitioned them to sanction an interim championship matchup in the meantime – Chukhadzhian was the leading available contender to face him next.

“You know, I’m pretty sure he got that European style, probably got good boxing ability, so we’re gonna see. I don’t know, we’ll see when I hit him.”

Ennis has stayed in the shadows a while, but with a few showcase displays, there’s no reason why 2023 can’t be his biggest year yet – starting on Saturday night.