Karol Itauma faces a stern challenge for the vacant WBC International light-heavyweight title, after his younger brother – highly-rated Moses – makes his pro debut on the Yarde-Beterbiev undercard. Here’s what both said, at Tuesday’s press conference to announce Moses’ maiden matchup after a glittering 22-0 amateur career where he won European and World Youth gold. 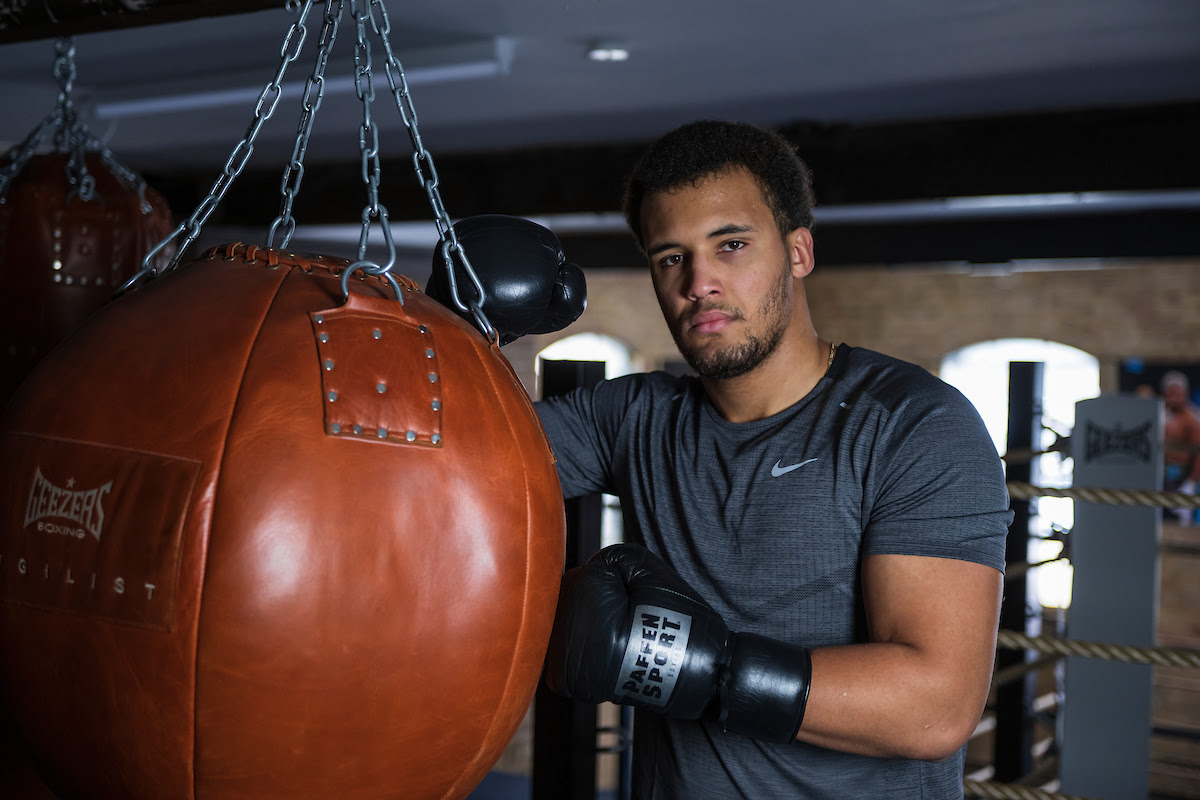 Moses Itauma, ringside for Fury-Chisora last month, witnessed first-hand his older brother’s latest fight – as well as much more in his own division – an invaluable experience before the 18-year-old prepares to make his debut at Wembley’s OVO Arena on the Yarde-Beterbiev undercard.

Other boxing coverage to also read:
Ryan Garcia next? Davis rocks, briefly blinds WBA’s 130lb titlist Hector Garcia in R9 TKO
Errol Spence Jr rubbishes idea of tune-up fights, with April-June timeline for his next bout
75 days on from history in London: What’s next after Shields-Marshall showdown?
Eubank Jr vs. Smith: Given their world title ambitions, neither can afford to lose on Jan. 21
Beterbiev vs. Yarde presser: Regardless of the outcome, Jan. 28 hosts a compelling watch

There has been a lot written, not much positive, in the way of support for Anthony Yarde as he gets a second shot at becoming light-heavyweight world champion.

An impossible job, most would deem him managing to go the distance a victory in itself. After all, no-one has yet managed to survive that against Artur Beterbiev’s brutal punch power.

However, today’s press conference is all about them – officially unveiling Moses to the pro ranks. They absorb their surroundings and take videos with pride. When I ask Karol to describe his younger brother Moses, for those unfamiliar with his highly-rated amateur pedigree, he beams.

“Think of a lightweight, a southpaw, one that fights with a heavyweight frame. The only person that can limit him is himself, it’s an exciting time. Francis [their manager] knows what he’s going to do, all he has to do is forget about the external stuff and focus on himself.”

It’s easy to forget that WBA (Regular) heavyweight champion Daniel Dubois was in a similar position to Moses, just six years ago. DDD is still only 25, has dealt with his own fair share of criticism and silenced some critics along the way, while finding his feet at world level.

Moses wants to get there much quicker.

“I was shocked when he was getting dropped [vs. Kevin Lerena], but yeah he overcame the hurricane so gotta to give him ratings for that, showed heart.

I like him, he’s had a lot of pressure on his shoulders but just keeps doing his thing – everyone knows about the upset against Joyce – but I’m excited for his future too.”

I asked him about who, and how many rounds he’s been doing in sparring to prepare for his first fight. His answer? Not much at all, since he’s had to deal with all the sort of things fans aren’t privvy too pre-fight – medical work, eye tests, blood work, brain scans and the like.

“Sparring starts after tomorrow’s brain scan. It’s very long, a lot of driving and being stuck in traffic is not for me!”

Naturally hampered by the COVID pandemic, there was a period lasting 27 months where he had no amateur fights. How did he keep ticking over during that time, still improving?

“A lot of the time I wasn’t working, but I did for a little bit. I appreciate Karol for what he did – kept me in the sport – but yeah I didn’t fight for two years, then went over to Germany, boxed their national champion. Mad first fight back, normally you’d face a club fighter but they chucked me in there, it was good!”

Germany’s Amin Younes Ouchaou was the teenager in question, who he again fought (and beat) eight months later at the IBA World Youth Championships quarter-final stage.

He called going abroad for those experiences, at European and world championship tournaments, the highlight of his life so far, while praising England boxing and IBA too.

The downside to the Olympic-style format is uncertainty about when you’d fight. Four three-round bouts in six days, and a further four in nine might not sound arduous, but it takes a toll.

“You don’t know if you’re fighting until the day before. Knowing what foods you can and can’t eat, obviously for me I don’t have to make weight… you have to stay ready but also rest and keep those energy levels up, it’s a balance.”

Lastly then, what have those important figures in his life – Karol and others – impressed upon him about the transition from amateur to the pro ranks? “They told me that amateur boxing is boxing… professional boxing is a fight, so I’m gonna have to learn my craft.” Good advice. 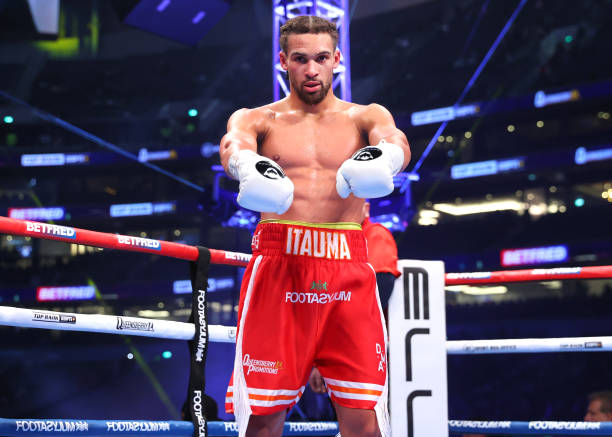 Karol Itauma (9-0, 7 KOs) got some invaluable rounds under his belt en route to a R8 TKO victory against Vladimir Belujsky last month. On how that experience was for him:

“I feel like it was key. Obviously I’ve never gone eight rounds before, so for my first to go the full eight and get the stoppage at the end of it, a great experience that sets me up beautifully for the 28th.”

Another milestone beckons, as he prepares for his first fight scheduled for 10 rounds. On his mindset going into that:

“My coach, Dan Woledge (St. Mary’s BC), I’ve been with him since I was 14, he knows his stuff. We’ve made the correct improvements and changes to be done in training since then, so we’ll be ready.”

How does he decide when to push and when to conserve energy in fights, like during tougher periods in his last outing? On that subject at the time, I wrote:

He popped the 27-year-old’s high guard with straight rights, but found himself susceptible to counter shots as the pair began throwing big haymakers as time wore on.

The 22-year-old juggled risk with reward well in the middle rounds, was more active and visibly started going for the big KO shot in rounds 5-7. A swarming seven-punch attack helped him secure a knockdown in the seventh, as a straight left floored the Irish resident.

“The way I look at it, it’s a marathon. You’re not gonna start sprinting from the start because you can’t keep that up. I try to break them down, when you see the opposition fatiguing, then step it up but it’s always different.”

2023 should be the year where he graduates from talented young prospect to player at 175lbs, and naturally you’d expect him to be diplomatic with his answers, but he was honest too in his assessment of his level compared to the top guys – knowing he still has some work to do first.

Only a certain amount of things I can tell him. The real lessons, processes, he’ll have to find out for himself. I’ve told him what I can, now it’s his time to implement them.”

How long it takes for both of them to deliver on their potential, we’ll have to wait and see.

Pictures captured by me, unless expressly stated otherwise