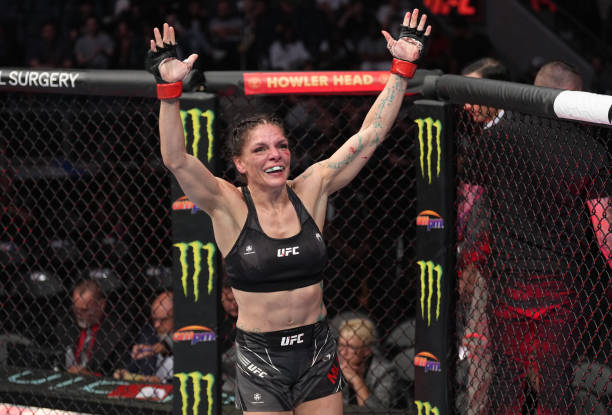 Ahead of her main card matchup against former strawweight champion Jessica Andrade this weekend in Brazil, former title challenger Lauren Murphy spoke about Taila Santos’ split decision defeat by reigning titlist Valentina Shevchenko – whose last display reinforces the belief she’s not untouchable after finding herself in danger against the Brazilian last summer. 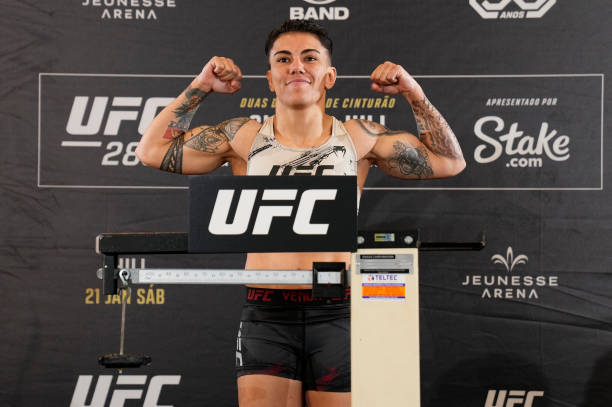 Andrade poses on the scale during the UFC 283 weigh-ins, earlier today

Andrade has already outlined her desire to earn a rematch with women’s strawweight champion Zhang Weili, but first the former queen at 115lbs must navigate past perennial contender Murphy as expected in the women’s flyweight division this weekend.

While the 31-year-old has fluctuated between the two weight classes in recent years, she wants to be successful against a durable opponent before testing herself elsewhere later down the line:

“She’s a really tough athlete, very resistant with the blows, got grappling, good jiu-jitsu… I really want another chance to fight Weili, with a victory on Saturday, that could happen.

I’ve fought Valentina, who is very strong as well, but I think I’m something different. All my opponents say I am really strong, I think Lauren will be saying the same thing.”

One thing both women have in common, is title defeats by Shevchenko in 2021. Andrade was heralded as her toughest test but emphatically stopped inside two full rounds, while Murphy’s loss was a more methodical, destructive beatdown finished deep into R4 via TKO. 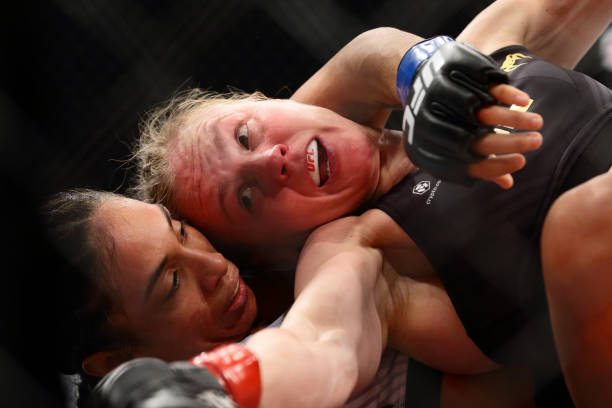 Murphy may be durable, but there’s no doubting the veteran is an underdog before tomorrow’s main event matchup. Naturally, she’s eyeing a title shot of her own with victory this weekend.

During the UFC 283 media day midweek, she spoke about Santos-Shevchenko before expressing her own renewed belief Valentina isn’t the untouchable champion many once regarded her as.

“I thought Taila won that fight, it definitely showed she’s human but everyone is beatable, everyone has good and bad days. Nobody wins forever in this sport, nobody stays undefeated.

There’s a couple guys that retired on top, but I just don’t think Valentina’s different from any other human being on the planet – she’s not going to win forever. She definitely faced some adversity in her last fight, and I think everybody noticed.”

Although #1 contender Manon Fiorot is currently injured and the champion has recently called for new challengers, Murphy feels she can earn a rematch with time.

However, she was wise not to look past a difficult task against Andrade, with Shevchenko’s next title defence recently scheduled for UFC 285 on March 4 against Alexa Grasso [4]. 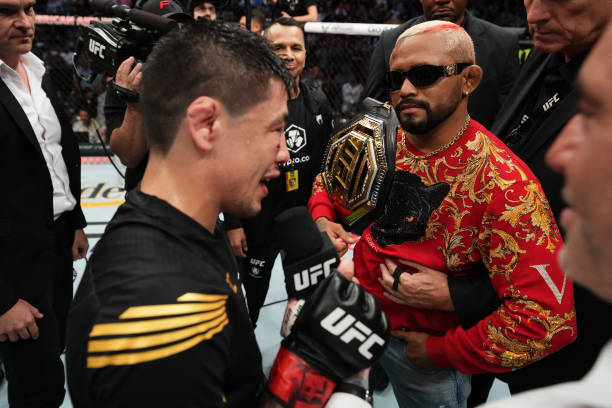 There’s a lot of buzz behind an unexpected main event, but Figueiredo-Moreno 4 could steal the show