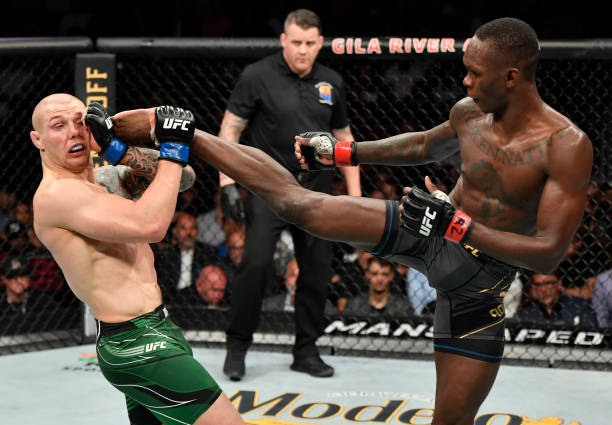 Israel Adesanya produced the third defence of his UFC middleweight strap and handily beat Marvin Vettori (#3) in their rematch, after flyweight Brandon Moreno made history by becoming the promotion’s first Mexican champion – dethroning Deiveson Figueiredo in the co-main event. END_OF_DOCUMENT_TOKEN_TO_BE_REPLACED 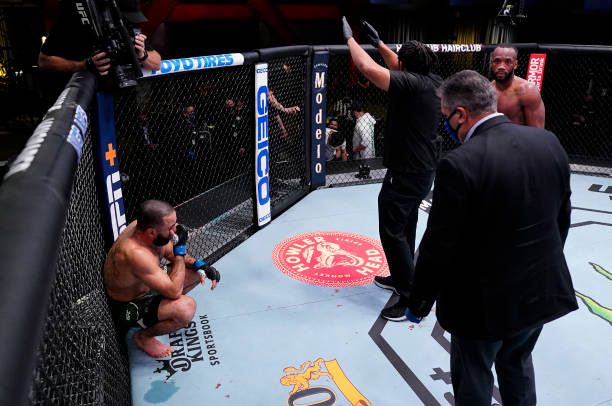 #3 ranked welterweight Leon Edwards’ Octagon return after a 20-month hiatus lasted little over a round as his main event matchup against Belal Muhammad (#13) ended rather abruptly: an unintentional eye poke rendered Belal unable to continue as his eye swelled up quickly and he was unable to see. Beforehand, there were big first-round finishes for Dan Ige and Ryan Spann.
END_OF_DOCUMENT_TOKEN_TO_BE_REPLACED

Curtis Blaydes broke the record for most takedowns in a single fight in UFC heavyweight history, enroute to a UD win over Alexander Volkov – proving he remains among the best in his division. Josh Emmett beat Shane Burgos in the Fight of the Night, before claiming he’s ready for a title eliminator at featherweight.