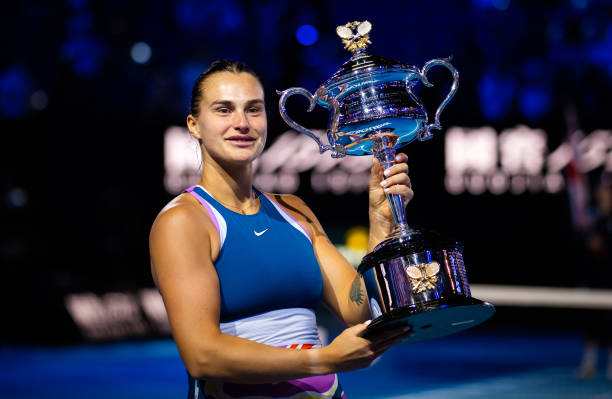 The achievement must feel long overdue, but Aryna Sabalenka is now a Major singles champion. She needed four championship points to get the job done – but was courageous on serve and crunched 51 winners over two-and-a-half hours, recovering from a set down to overcome Wimbledon titlist Elena Rybakina in three sets during a nailbiting women’s finale. END_OF_DOCUMENT_TOKEN_TO_BE_REPLACED 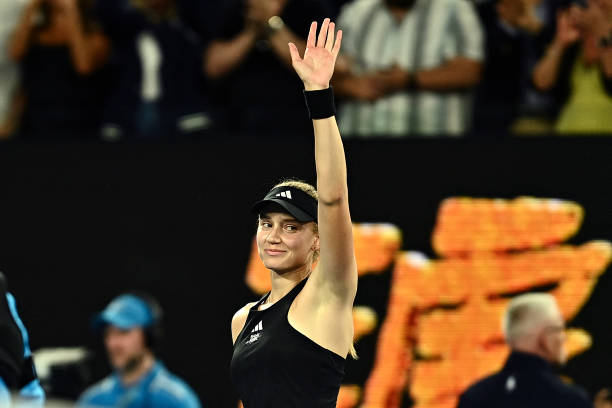 Wimbledon champion Elena Rybakina will contest her second Major final in seven months when she battles first-time finalist Aryna Sabalenka on Saturday. Regardless of who wins, there will be a first-time Australian Open titlist – after they both upped their level in first set tiebreaks before ousting two-time champ Victoria Azarenka and Magda Linette respectively on Day 11. END_OF_DOCUMENT_TOKEN_TO_BE_REPLACED 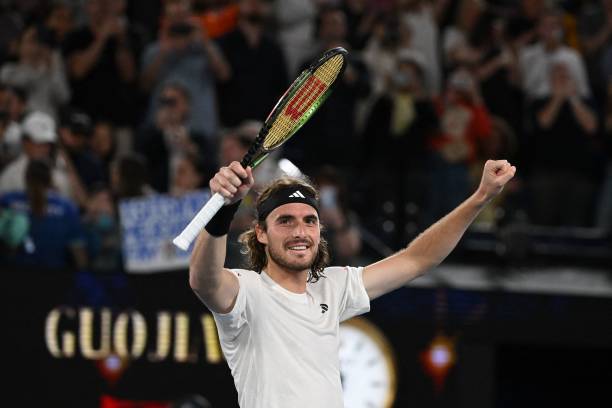 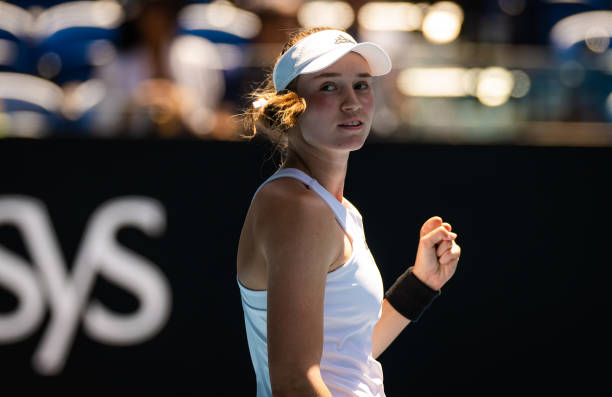 Neither played badly, but both were second best on the biggest points as world no. 1 Iga Swiatek and Coco Gauff suffered straight-sets defeats against a pair of Grand Slam champions in Elena Rybakina and Jelena Ostapenko on a busy Day 7 at this year’s Major. Elsewhere, Jiri Lehecka’s giantkilling run continued and he’ll face an in-form Stefanos Tsitsipas on Tuesday. END_OF_DOCUMENT_TOKEN_TO_BE_REPLACED 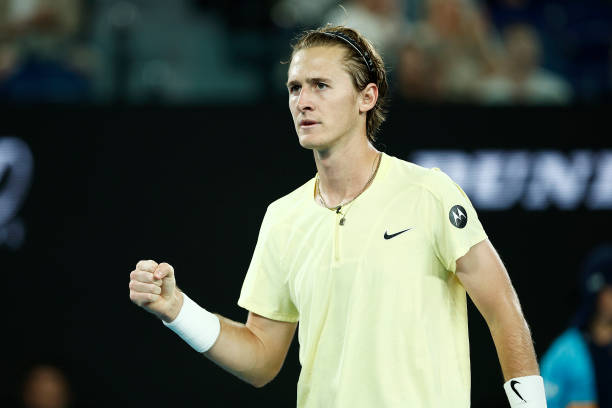 Adelaide 1 finalist and 29th seed Sebastian Korda produced some brilliant ball-striking as he stunned two-time finalist Daniil Medvedev in straight-sets to steal the show on an eventful Day 5 at this year’s Australian Open, with Jiri Lehecka a big winner after some tasty fourth-round ties on the women’s side were confirmed, including Swiatek-Rybakina and Pegula-Krejcikova. END_OF_DOCUMENT_TOKEN_TO_BE_REPLACED 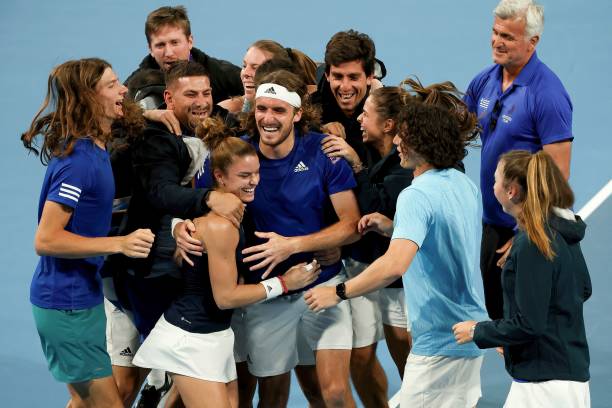 Maria Sakkari called this one of the best weeks in her career. Jessica Pegula spoke for team USA, stressing their excitement for what’s to come. Poland are deadly in unison and we’re only halfway through: the United Cup’s final four nations were sealed after a manic day’s action – with a few surprising results as expected across tour-level tournaments elsewhere today. END_OF_DOCUMENT_TOKEN_TO_BE_REPLACED 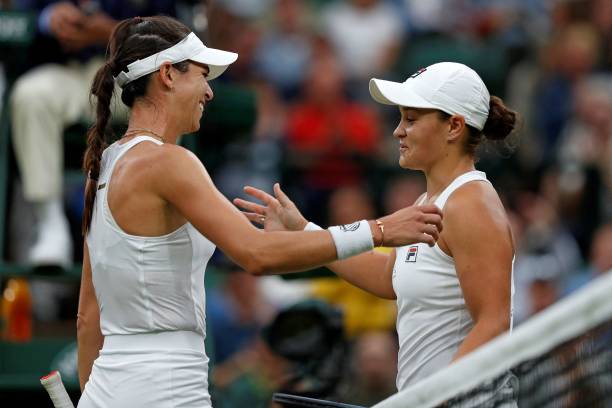 Earlier this week, quotes emerged from the Australian Associated Press – former world no. 1 and three-time Major champion Ashleigh Barty singing the praises of Ajla Tomljanovic, whose steady rise has seen her on the cusp of being seeded for next month’s home Grand Slam. Given the 29-year-old’s previous form and injury struggles, that public vote of confidence when asked whether she can embark on a deep run speaks volumes for Ajla’s progression. Why not? END_OF_DOCUMENT_TOKEN_TO_BE_REPLACED 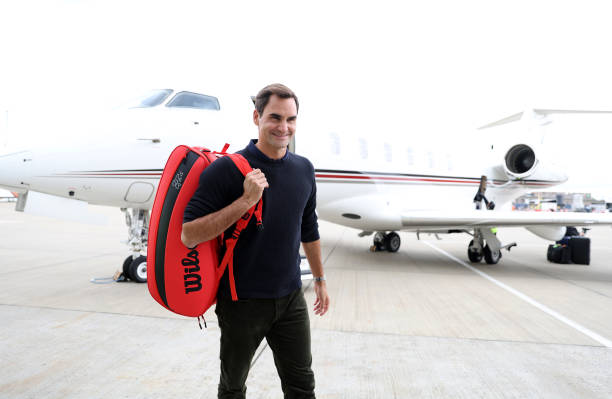 20-time Grand Slam champion Roger Federer announced Thursday this week will be his final one as a professional – poised to feature at the Laver Cup in London – thus ending an illustrious sporting career after 24 years. Meanwhile this weekend, there were WTA 250 tournament victories for doubles specialist Katerina Siniakova and Czech teenage talent Linda Fruhvirtova. END_OF_DOCUMENT_TOKEN_TO_BE_REPLACED 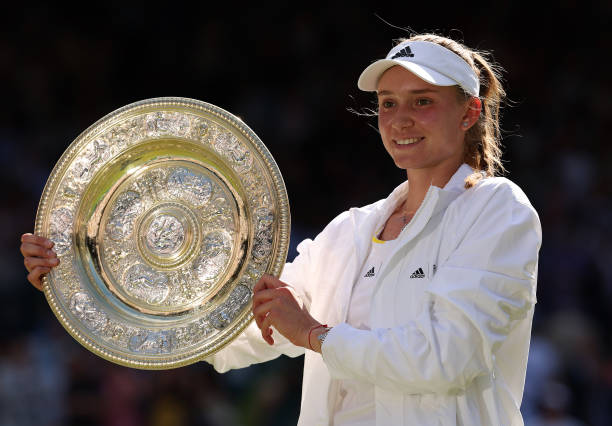 Despite a sluggish, unflattering start which saw the Kazakh spray a whopping 17 unforced errors and skew makeable shots wide, Elena Rybakina rallied from a set down to earn her first Major title and banish Ons Jabeur’s chances of making more history after a whirlwind fortnight run to the finale for both was concluded last weekend. But how was this final won and lost? END_OF_DOCUMENT_TOKEN_TO_BE_REPLACED 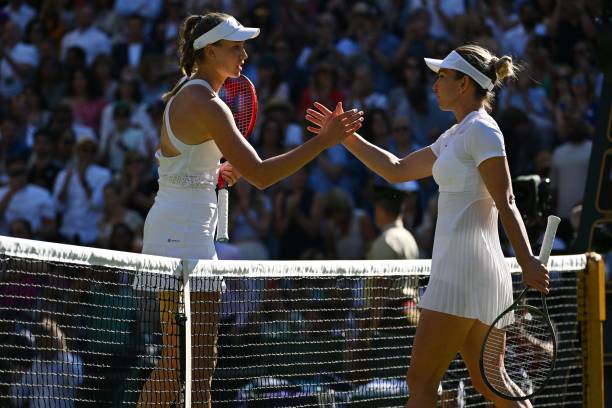 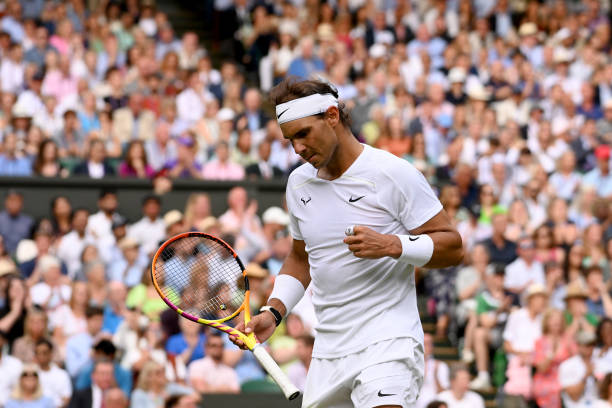 Rafael Nadal produced a vintage comeback while physically compromised to sting Taylor Fritz in their five-set quarter-final battle, after Elena Rybakina rallied from a set down, overwhelming Ajla Tomljanovic to punch her ticket into a maiden Major semi-final – where she’ll play Amanda Anisimova’s conqueror and 2019 champion Simona Halep on Thursday. END_OF_DOCUMENT_TOKEN_TO_BE_REPLACED 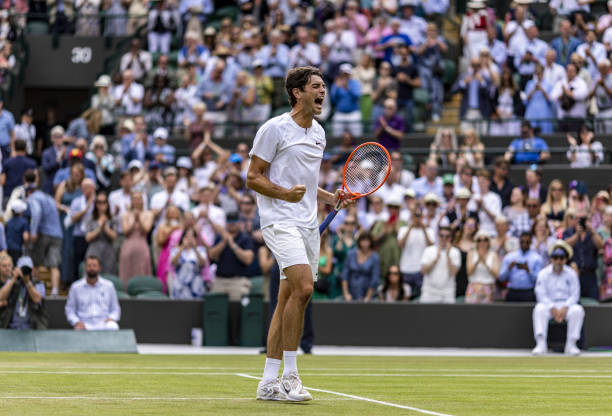 While defending champion Novak Djokovic and Rafael Nadal remain on course for a much-anticipated rematch of their French Open quarter-final, there are ten players into the last-eight at SW19 for the first time across both draws, including Indian Wells champion Taylor Fritz and Jannik Sinner, who extinguished Carlos Alcaraz’s aspirations in an entertaining four-set battle. END_OF_DOCUMENT_TOKEN_TO_BE_REPLACED