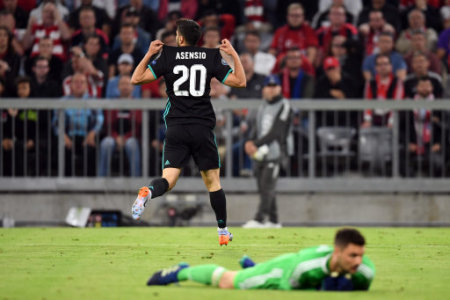 Goals from Marcelo and Marco Asensio sealed a crucial away victory for Real Madrid, essentially putting one foot through to next month’s final in Kiev during an action-packed affair at the Allianz Arena. END_OF_DOCUMENT_TOKEN_TO_BE_REPLACED

The 27-year-old defender, who impressed once more defensively against Poland on Thursday, has admitted that his team-mates need to improve in the final third – otherwise they’ll struggle to reach their potential in the Euros.

Germany have to improve the attacking side of their game, if they’re to flourish and fulfill their maximum potential at this year’s European Championships. Jerome Boateng, 27, was public in his criticism of his team-mates, warning them they could struggle if they don’t sharpen up in the final third.

In their 0-0 draw against Poland yesterday, they only recorded three shots on target – and were fortunate to win a point, in a game that the Poles could’ve easily won, but for some smart and resolute defensive actions when the pressure was building.