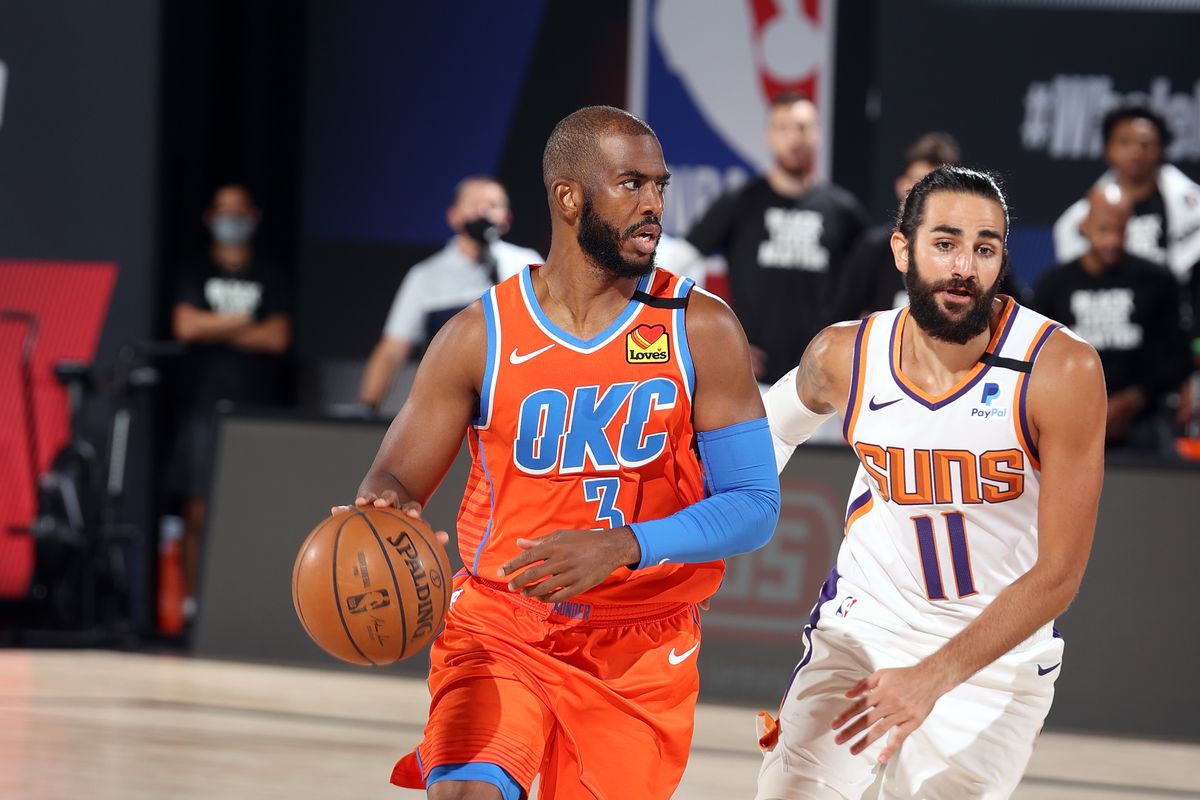 According to ESPN reports, the Phoenix Suns have had ongoing discussions about acquiring All-Star point guard Chris Paul from their Western Conference rivals Oklahoma City Thunder – the 35-year-old has two years and is owed $85.5m on his existing four-year contract, which was among the main reasons why he remained in Oklahoma after last summer’s blockbuster trade. END_OF_DOCUMENT_TOKEN_TO_BE_REPLACED After a year plagued with injuries to star players, Golden State want to surround their multiple-time All-Star trio Steph Curry, Klay Thompson and Draymond Green with the supporting cast capable of contending for another championship: both next season and beyond. Among those they’ve been linked with, is Phoenix’s Kelly Oubre Jr – who has a year left on his existing deal.

END_OF_DOCUMENT_TOKEN_TO_BE_REPLACED

Phoenix Suns forward Kelly Oubre Jr is set to miss the rest of the season after suffering a torn meniscus in his right knee, while Philadelphia 76ers center Joel Embiid’s shoulder sprain is not believed to be as bad as initially feared.
END_OF_DOCUMENT_TOKEN_TO_BE_REPLACED