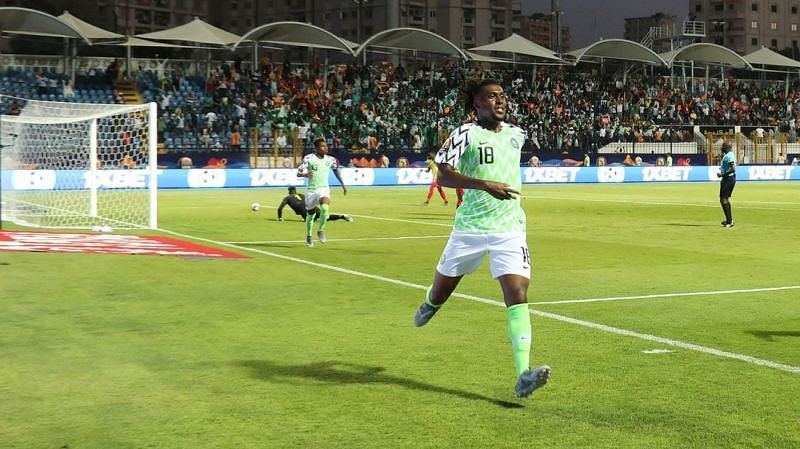 Arsenal midfielder Alex Iwobi, often a peripheral figure throughout, conjured up a moment of magic to help Nigeria eliminate AFCON holders Cameroon during their 3-2 win in the last-eight on Saturday night.
END_OF_DOCUMENT_TOKEN_TO_BE_REPLACED

Goals from Odion Ighalo and Craig Cathcart helped seal a much-deserved victory for the Hornets, despite a nervy finish in the final twenty minutes – courtesy of Jamaal Lascelles’ first goal for the visitors since his summer move.

Watford went in search of their first Premier League victory in six games, as they hosted a tricky Newcastle side – who themselves are eager to maintain a run in order to avoid the relegation dog-fight they’ve been predicted to languish amongst for the rest of the current campaign.

After narrow defeats against Manchester City and Tottenham, Quique Sánchez Flores‘ men also succumbed to away losses against Southampton and Swansea in quick succession – with many critics suggesting that their bubble had seemingly burst, and they were destined for a mid-table finish.

END_OF_DOCUMENT_TOKEN_TO_BE_REPLACED

A 90th minute winner from super substitute Heung-Min Son sealed all three points for the travelling Spurs, to sink an unlucky 10-man Hornets side in the dying embers.

A 90th minute winner, courtesy of attacking substitute Heung-Min Son, sealed all three points for Tottenham in a relentless, unpredictable fixture at Vicarage Road. Sandwiched between two first-half strikes from Erik Lamela and Odion Ighalo at either end, the game was finely poised in a second-half filled with talking points, half-chances and plenty of attacking intent as both were eager to find an all-important winner.

This result is Tottenham’s ninth victory of the Premier League campaign, meaning they leapfrog title favourites Manchester City into third place – Manuel Pellegrini‘s side do have a game in hand, against league leaders Leicester tomorrow evening.

An intriguing start, marked with a goal

Spurs unsurprisingly enjoyed the lion share of possession during the early exchanges, but Watford were doing fairly well to keep them at arms length to begin with. Nathan Aké, on-loan from reigning champions Chelsea, was doing very well to contain the threat posed by Harry Kane in-and-around the area, with both Kieran Trippierand Danny Rose accelerating forward with pace on the flanks from their respective fullback positions.

Within a flash though, Tottenham’s success on the counter attack was emphasised with the opening goal. The ball was lost in midfield and within a flash, it nestled into the bottom corner of Heurelho Gomes‘ net. Lamela drove forward with only Miguel Britos and the goalkeeper to beat, the defender backed off too much – giving the talented Argentine enough space and time to weave his way past, and cooly slot home from close-range.

It could have been a quick-fire double, too. Kane was left unmarked on the left, darted toward the edge of the area and unselfishly passed across to Lamela. Unfortunately for the visitors though, the winger was unable to get proper contact on the ball as it trickled goalwards.

Aké’s inviting delivery fed Ighalo – the first piece of service he’d had since kick-off – just before the half-hour mark. However, the clinical Nigerian was only able to volley his first-time effort over the crossbar, not troubling Hugo Lloris.

Spurs’ tactic was an effective one, to ensure Watford had limited, if any joy in attack. With a high-pressing game, coupled with a fast counter-attacking shape to their formation, it allowed them to break at speed with the ball but also restricted Ighalo and his strike partner Troy Deeney to half-chances. As opposed to backing off, and giving them space to create an opportunity for themselves, they were constantly placed under pressure and always found themselves recycling possession in order to retain it.

The visitors’ game-plan worked a treat, but they didn’t account for a moment of magic from one of Watford’s troublesome duo. Deeney’s headed flick was seemingly Eric Dier‘s responsibility to clear away – but Ighalo’s tireless attitude helped him win the ball in a dangerous position, out-muscling the young English defender to devastating effect, as he weaved his way past the backline and poked home with both poise and composure from close-range to level the scoring before the interval.

Mauricio Pochettino was forced into making his first substitution of the half after Mousa Dembele (ankle) limped off in pain, and was replaced by Christian Eriksen just before the break.

Almen Abdi was replaced by Valon Behrami as the second-half got underway, with plenty to fight for in terms of a positive result from both sides. I didn’t mean literally, fight, but after a late tackle by Britos on Trippier, players and respective managers got involved to intervene – Britos was consequently booked for the challenge itself.

Picture: Getty – The two sets of players rushed to the scene, avoiding a potential bust-up in the second-half

Trippier’s teasing cross was almost rewarded with an assist for the former Burnley man, but Kane’s header flashed narrowly wide of the near post in the box. Then, a high tackle was met by the referee Anthony Taylor brandishing a straight red card to the unfortunate Aké.

The towering Dutchman reacted with initial disbelief, especially considering his intention was to win the ball in mid-air, but his studs-up challenge caught Lamela and the Argentine’s reaction didn’t exactly help his cause either.

Aké reacts with disbelief after the referee gives him his marching orders. | Image: Getty

Plenty of half-chances were squandered, alterations were made, but as time ticked by, it seemed more and more likely as though it’d finish as a one-all draw. Lloris’ excellent claw off-the-line stopped Watford from scoring late on at one end, but Heung-Min Son gave the visitors a last-gasp victory after Trippier’s cross was headed home by the south Korean, his second Premier League goal since his summer switch from Bayer Leverkusen.

As for Watford, their smash-and-grab attempt at a victory was in vain – they’ll be hoping to bounce back when they entertain Manchester City on January 2.