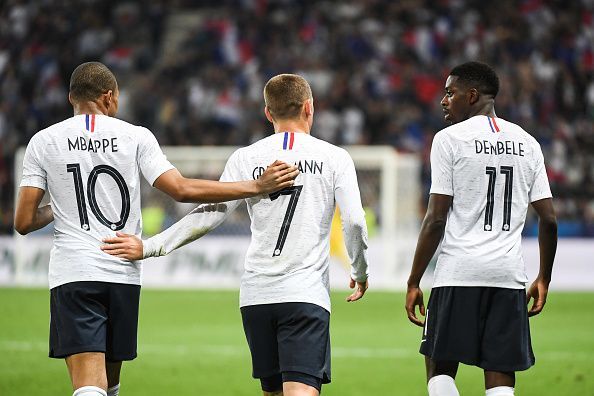 After suffering a heartbreaking extra-time final defeat by Portugal at Euro 2016, the onus is on France’s golden generation to step up and justify why they’re all so highly-rated.

Their only World Cup triumph was back in 1998 and given the vast level of quality and depth at Didier Deschamps’ disposal this summer, it’s entirely possible that Les Bleus will be victorious in just over a month’s time in Russia.

However, it’s not going to be as straightforward as some critics may believe. With that in mind, here is a look at five keys to success for France to rule supreme this year. 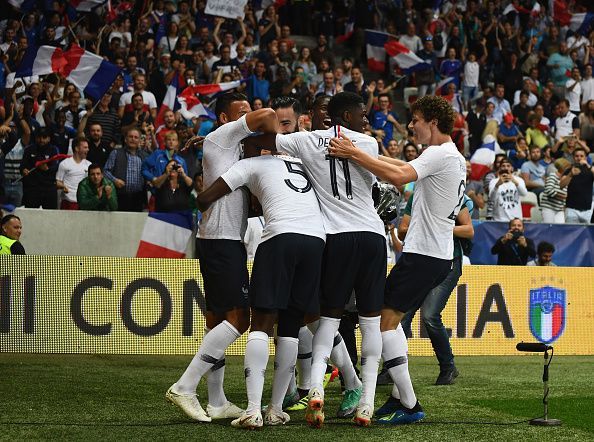 We start with arguably the most obvious one, but it’s also one that can go unnoticed – especially if France top their group with the same relative ease they’re expected to. Australia, Denmark and Peru are their Group C opponents and it will come as a surprise should they not dominate there, but tougher opponents will be waiting for them in the knockout stages.

It’s important that the squad are warned against complacency and this must be echoed with Deschamps’ selection choices too. Picking the strongest squad possible against tougher opposition is an obvious decision but when up against a less-fancied side, they must also be shown the same respect.

When they are not, there’s a higher likelihood that surprise results and potential upsets are on the cards – the last thing France want is a shock exit or needless defeat, which could either hurt their momentum or ruin it completely.

#4 Faith in their backline 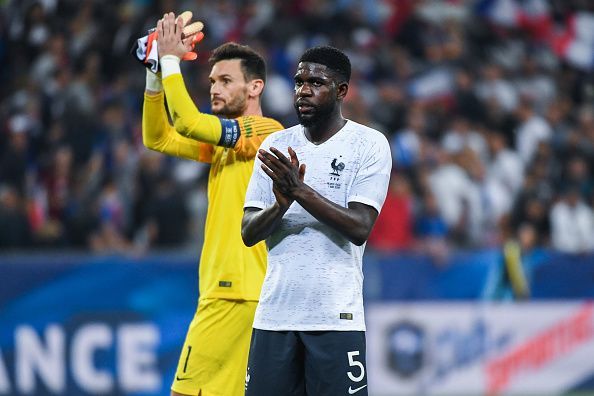 Barcelona’s Umtiti (centre, no.5) and first-choice ‘keeper Hugo Lloris will both play key roles for France this summer

Easier said than done, not least with a notable absence and players returning from injury, but France need to put faith in their backline if they’re to go far in the tournament.

Tottenham’s Hugo Lloris has endured a difficult season in England, combining excellent saves with a handful of preventable mistakes, leading to goals conceded. He’ll be keen to avoid any more of those in Russia, as any sort of slip up can prove costly – not least during matches which are finely poised and separated by a piece of individual brilliance for example.

Arsenal centre-back Laurent Koscielny (Achilles injury) is a notable absence from Deschamps’ final 23-man squad and despite questions over his consistency at the highest level, will be a genuine miss. After all, you don’t reach 50 international caps for a European powerhouse for being an unreliable figure. 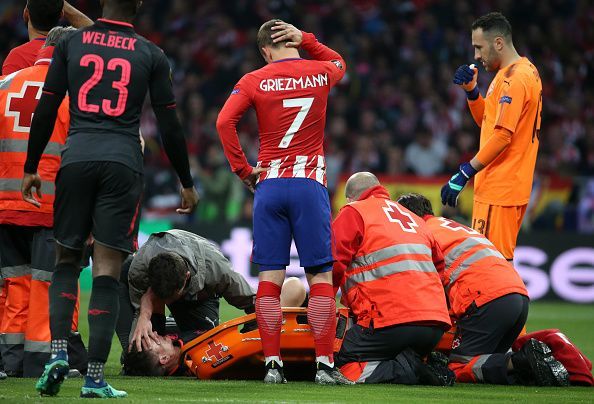 Real Madrid’s Raphael Varane and Barcelona defender Samuel Umtiti are expected to be France’s first-choice centre-back pairing, understandably so. The pair have excelled for their respective Spanish sides this term, while Marseille’s Adil Rami and PSG’s Presnel Kimpembe will also hope to feature.

Benjamin Mendy, for all his strengths, has endured a frustrating first campaign in England with Premier League champions Manchester City. Having sustained a ruptured cruciate ligament, he only returned to first-team action in late April and made cameo appearances between then and the season’s end.

He’ll be battling with Atletico’s Lucas Hernández for a starting spot, while Monaco right-back Djibril Sidibé is expected to do the same with Stuttgart starlet Benjamin Pavard. Whoever chosen, the players must get behind Deschamps’ decisions – which can and will fluctuate as the tournament continues. 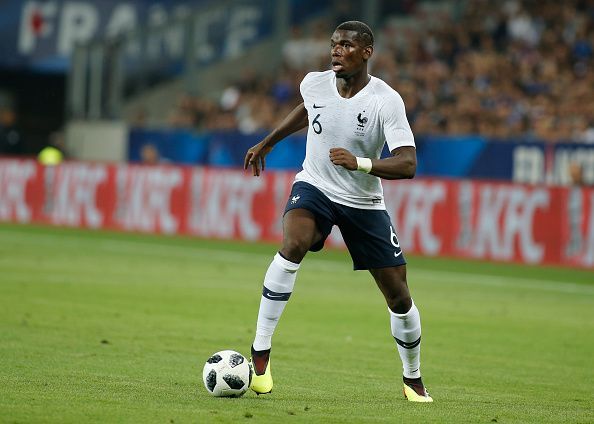 Time to flourish: Pogba on the ball during France’s 3-1 win over Italy

It’s been a difficult season on a personal level for Paul Pogba. Speculation continues to link him with a move away from Manchester United, whilst it’s fair to say that his form has dipped since an excellent burst back during the early months of the campaign – where he netted two goals and created two more in four league games.

He ended the campaign with six goals and 12 assists across all competitions (37 games played), which is a disappointing tally for a player of his world-class capabilities. However, he has suffered from troublesome injuries and some interesting selection choices by club boss José Mourinho also saw him left out of important games when he was available and fully fit. 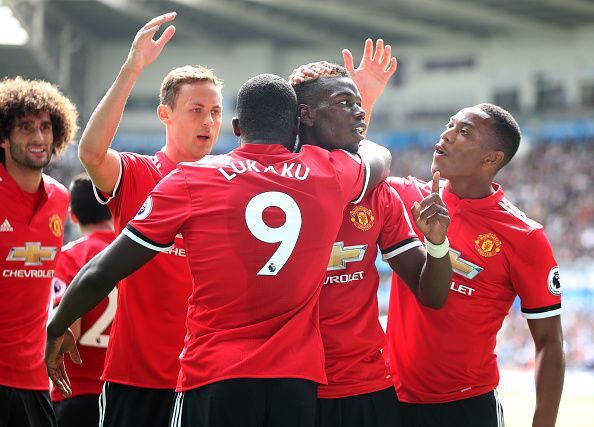 Four years ago in Brazil, Pogba won the tournament’s Best Young Player award. There was no doubt then, but this summer should be his coming of age.

After all, Paul turned 25 in mid-March and already has more than 50 international caps himself. He’s the fulcrum within their star-studded attack, the key man who United are building around, but must apply himself more and excel when it matters most to justify such expectation on his shoulders.

Unleashing his talents in a more creative-minded attacking role will allow him to do so. 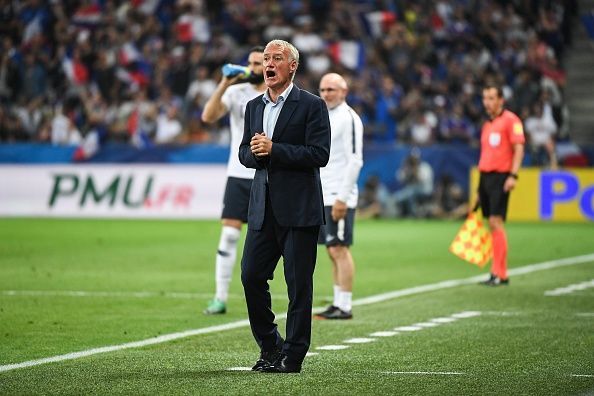 Criticism of Didier Deschamps has continued to intensify in recent years, especially after the way in which France lost the Euro final on home soil against Portugal.

Some critics suggested the 49-year-old is not strong enough mentally to deal with a squad packed with various egos and ongoing storylines, whilst others claimed his selection choices proved detrimental in their shortcomings during recent tournaments – four years ago is another example. 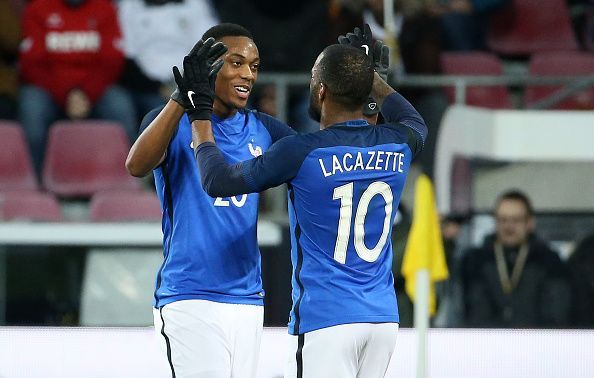 Martial and Lacazette are surprise omissions from Deschamps’ 23-man squad

Everyone is entitled to their own opinion but the one which matters most, ultimately, is Deschamps. There are a few typical omissions and inclusions within his squad, as there should be, but he cannot afford to pick players based on their name alone – performances and recent form should dictate this.

Pogba-Griezmann is always an interesting dynamic to follow, as the pair are essentially France’s most prominent within football. Mbappé and Dembélé represent the next generation, while more experienced heads are not just there for their dressing room aura either. It’s a difficult job but one that Deschamps needs to prove he can handle. 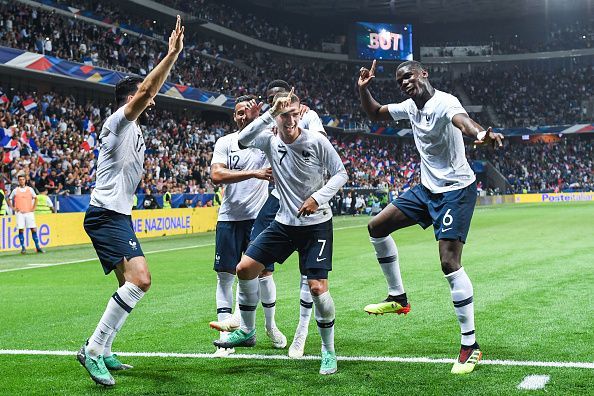 In terms of attacking quality, France have the best players going into the tournament. You could make a case that Brazil come close with the trident of Neymar, Roberto Firmino and Gabriel Jesus – but Les Bleus simply have more and depth within their squad too. Despite their individual brilliance though, they must remain balanced as a collective unit.

When fit and available, both Chelsea midfielder N’Golo Kanté and Juventus’ Blaise Matuidi should be starting. Kanté is one of the world’s best when it comes to breaking up play with tackles and interceptions in the centre, while Matuidi excels when it comes to starting attacks from deep with penetrating runs forward. 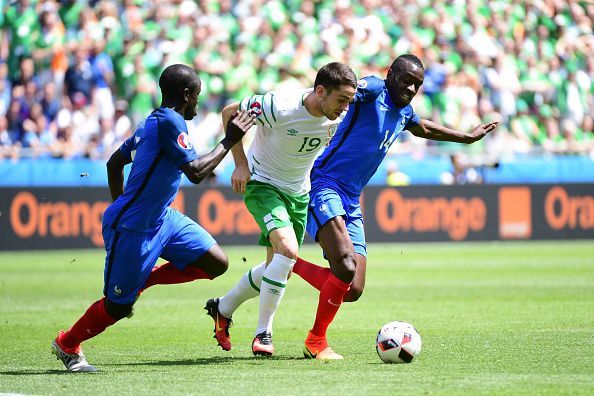 Kanté (left) and Matuidi (far right), pictured here during Euro 2016, are excellent in midfield as a pairing

They work well in a midfield two, but can also function just as well with extra cover – in the form of Bayern’s club-record signing Corentin Tolisso, who defends and attacks well himself. This could be seen as excessive against less-fancied sides, but wait, where’s Pogba and his creator-in-chief role?

Precisely. One must be sacrificed for Deschamps to continue playing his preferred 4-3-3 formation with Mbappé and Dembélé either side of Griezmann or Olivier Giroud for example, so factors aplenty come into play when thinking about which players to field ahead of each match.

This is easier to do against weaker opposition but better sides will look to exploit weaknesses and in a knockout tournament format, it’s imperative they strike the right balance and find the winning formula while doing so.