Hello and welcome to my official site! My name is Mosope Ominiyi – I’m a freelance sports journalist, with a love for football, NBA basketball, tennis and other sports too.

I formally started writing in August 2011, keen to articulate my thoughts on multiple topics and angles I felt the media didn’t accurately portray or with necessary detail. I had my personal blog – quite outdated now – but this helped to build the foundations of my passion for writing.

As someone who watches various sports everyday, I didn’t think much of it until then, but really started to enjoy it and although I didn’t advertise my content as aggressively as I could (and probably should have!), got a lot of traffic from plenty of countries worldwide. They enjoyed it!

I became a writer for VAVEL UK in July 2014, and the rest is history. Impressing a number of editors and readers alike, I became a member of the editorial team at the start of 2015 – where I’ve since built up experience and seen increased exposure to my articles on various platforms.

Having surpassed two million total article reads with 1,000 articles – I became the third-highest contributor in the UK edition’s history in March 2016.

I helped co-ordinate a number of important sporting events on respective days, including the 2015 Champions League Final between Barcelona and Juventus – where I wrote a 2000+ word match report on the whistle.

I was instrumental behind-the-scenes during the Euro 2016 tournament: editing hundreds of pieces from different writers whilst getting involved in coverage, writing news and being an ever-present figure to help the competition run smoothly across the UK website.

Just before the start of the 2016/17 campaign, I left VAVEL to look for opportunities elsewhere.

I’m grateful for my time with them, had some unforgettable experiences including editing articles and having significant responsibility in the site’s day-to-day running. However, I felt the need to move forward, making the next step in my young journalism career.

Having also written for a number of different sites and guest blogs in the past, including mini-pieces for Sports Lobster during the 2014 World Cup, I was a regular contributor to one of Arsenal’s biggest, most popular and successful websites – Daily Cannon.

I had just over 1,000 articles published on the site before logistics and scheduling meant I departed to pursue different avenues ahead of a new personal venture in my life, university. 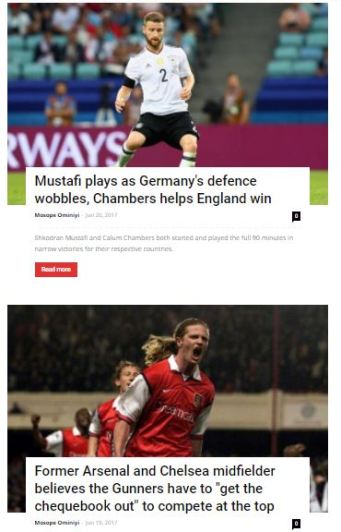 In addition to my work with them, I joined OOTB late in May 2016 and worked to produce quality niche content. Articles captivating the audience who came back for more, I kept tabs on some of the world’s promising youngsters – which continues proving successful as I get older.

Always eager for new challenges, I also wrote elsewhere on different platforms too. I began writing articles for Its Round and White as well as CLICKON Sport during the summer of 2017. 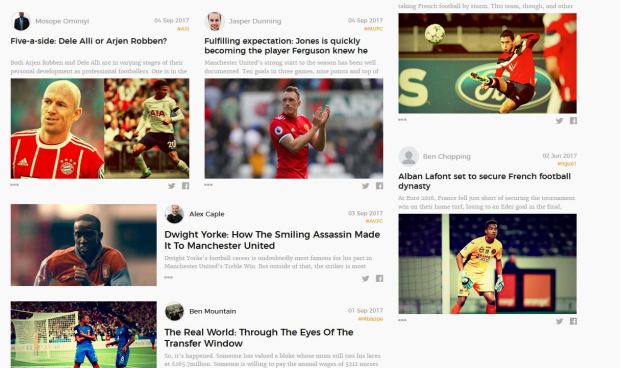 In addition, I became a Sportskeeda sports editor during the latter months of 2017 – whilst also contributing regular pieces to the site. Previously a PSG news correspondent, I also completed various match coverage and feature pieces across both European and international football.

Check out my writer profile where my content – and pieces I edited – was published to thousands of readers worldwide on the site.

10 days before Christmas in 2019, I reached one million reads on Sportskeeda. Although quality over views has always been important to me, it’s always nice to track reads and engagement – seeing which countries and how readers across my content on different platforms intrigued me.

I’ve totalled over 6M reads since this hobby turned into a profession, without even as many as 1,000 Twitter followers and reserved article plugging. I appreciate feedback and engaging with other like-minded people, so don’t hesitate to contact me if you have questions or comments!

This site is where you’ll find the bulk of content, plugging high-quality work spanning a few years back to present day. My older pieces are archived and organised accordingly, avoiding clutter.

My specific niche has always centred around youth football – as an enthusiast continuing to watch the world’s best young talents on a daily basis. If you’ve got all the way here, thanks for reading… I hope you enjoy your stay, spread the word to friends and family!