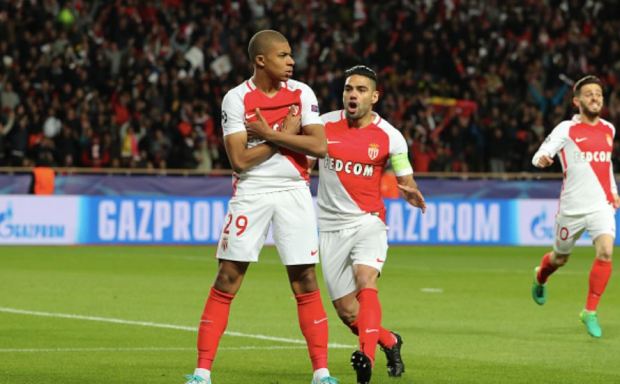 Kylian Mbappé, Radamel Falcao and Valère Germain were all on the scoresheet for Monaco as they excelled during a 3-1 win over Borussia Dortmund, sealing their place in this year’s Champions League semi-finals.

Given Monaco only had a one-goal advantage (on aggregate) prior to kick-off, the visitors’ line-up seemed surprising. Leaving both Dembelé and Christian Pulisic on the substitutes’ bench was an eye-opener, with Thomas Tuchel presumably opting for experience and defensive nous as opposed to attacking talent.

Within twenty minutes, Tuchel’s plan had backfired and his side needed to score three unanswered goals – just to get the tie to extra time.

Tenacity, purpose and unrelenting speed helped the hosts race into a two-goal lead. Dortmund, whose preparations ahead of kick-off were far from ideal, evidently forgot to do their homework. Benjamin Mendy was allowed to advance goalwards unchallenged and stung the gloves of Roman Bürki from rather speculative range. Mbappé was quick to anticipate and seconds later, kept a composed head before slamming a strike into the bottom corner after just three minutes.

A good start was about to become even better. A slick passing move saw the ball fizzed across towards the path of Radamel Falcao. The 31-year-old made no mistake from close-range, heading home to score his 27th goal (all competitions) of the 2016/17 campaign. 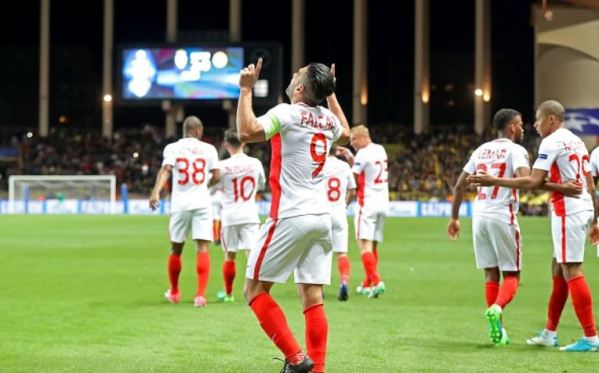 BVB were rocked. A sluggish start was ruthlessly punished and just as they enjoyed a decent spell in possession, a costly mistake had seen them concede once more. If not for Sokratis’ well-timed defensive interventions on a number of occasions, it could’ve been an unassailable lead before the interval.

BvB become settled – but no goals to show for it

Tuchel made a change just before the half-hour mark, with Dembelé coming on for a visibly frustrated Durm – sacrificed as the visitors went in search of goals.

Pierre-Emerick Aubameyang was isolated for large periods of the first 45 but after Dembelé’s introduction, Dortmund gradually became more settled. Marco Reus came close, Nuri Sahin hit the crossbar with a curling free-kick and Raphael Guerreiro squandered an opportunity having hesitated in-front of goal.

Shinji Kagawa attempted to create opportunities in the middle third whilst Monaco’s final ball lacked the accuracy to score more goals. Silva and Lemar on more than one occasion each had great chances to pass into the path of a racing Mbappé. Instead though, their attempted passes were either too heavy or too lacklustre, leading to the frustrating breakdown of promising moves in-and-around the final third.

At the half-time whistle, Monaco found themselves with a comfortable cushion but BT cameras saw Leonardo Jardim regularly giving his players instructions, highlighting his eagerness to avoid complacency.

Dembelé weaves his magic with aplomb

Jardim’s actions were wholly justified in the early exchanges once the second-half began. Tuchel introduced Marcel Schmelzer, replacing Sahin and Dembelé proved just why he should have started to devastating effect, creating his 16th assist of the season. A probing run forward, skipping past Lemar and effortlessly weaving beyond Mendy, he had enough composure to thread the ball through into the path of Reus. He couldn’t miss from close-range and his strike left Subasic no chance as the visitors aimed to stage an unlikely comeback. 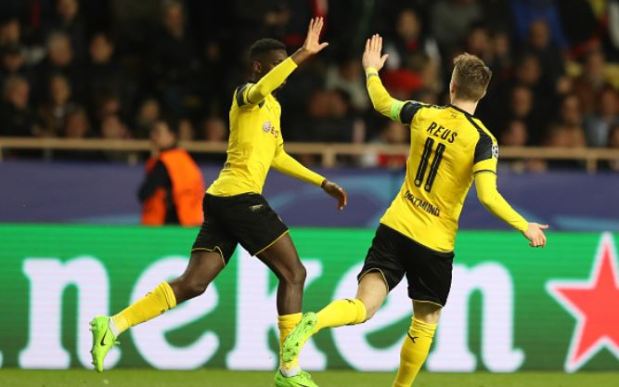 Pushing players forward with regularity at this point, Dortmund’s attacks became more frantic as time continued to pass along.

Changes were made by both sides and the fast-flowing tempo of this fixture had rapidly vanished. Fouls were being committed more regularly and chance creation on the whole increased as frequent mistakes crept in.

Mbappé was excellent in attack, constantly making troublesome runs to stretch Dortmund’s weary backline – whilst Silva’s hold-up play and Lemar’s attack positioning meant the visitors had to continuously decide when to commit players forward and when to remain defensively astute. Kylian showed signs that he was beginning to fatigue and Valère Germain was given an opportunity to extend the hosts’ lead, replacing him with less than ten minutes remaining. Within twenty seconds, the 27-year-old Frenchman did just that. Lemar was quick to pounce on another defensive error and threaded an inviting pass towards his compatriot. Through on-goal with only Bürki to beat, he slotted underneath the German and wheeled away in celebration.

3-1 up on the night, 6-2 on aggregate and their place in the semi-finals was confirmed. The first time that a French side has progressed into this stage of the competition since Lyon in 2010, and given their performances across the tournament, it’s thoroughly deserved.

Juventus held Barça to a goalless draw at the Nou Camp and I for one can only hope these two teams meet in the final – a refreshing deviance from the norm. Jardim and his players will have renewed confidence that they can beat whoever they play in the semis, especially given their consistency across all competitions when it has mattered most this season. Friday’s draw will be an intriguing one and it’s refreshing to see Monaco now recognised as a dark horse to win the competition altogether.