Schumacher took the title with one race left to run after a sensational second half of the season propelled him from ninth in the championship in mid-July to a dominant 57-point victory by season’s end on Sunday. The overall victory means he can now qualify for an F1 super-licence, but he is more likely to make the step up to F2 next year than fast-track straight into Formula One.

Wolff, whose Mercedes engines powered Mick to the title, was quick to offer his congratulations to the 19-year-old.

As quoted by ESPN, he said: “Congratulations to Mick on winning the FIA Formula 3 European Championship title. Attention was focused on the youngster right from the start, and he was under a lot of pressure. 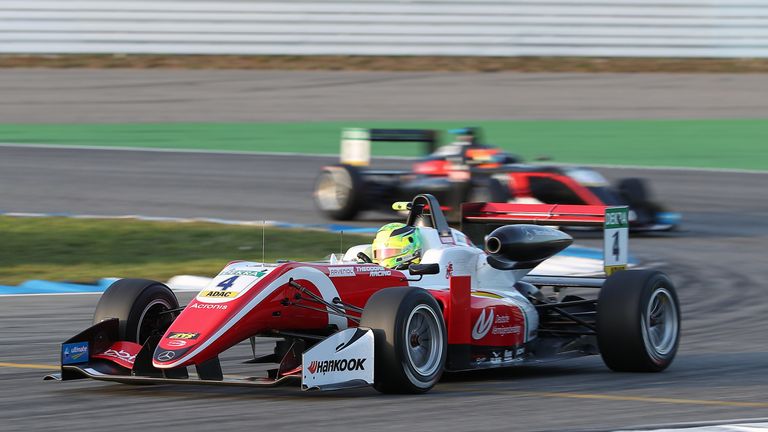 It’s not easy coping with all that, especially if the season does not get off to the best of starts, as in this case. We are also obviously delighted that he registered a 500th race win for Mercedes in F3 and secured the title in a Mercedes-powered car.”

“He has shown that he has what it takes and that he can become one of the greats in our sport.”

Future promises to be a bright one for Mick

The F3 championship is Schumacher’s first in single seaters but is a big step towards his stated aim of driving in Formula One. Not currently affiliated with a Formula One team, he will undoubtedly not be short of offers from various teams when he declares his eligibility.

After securing his F3 title on Sunday, Mick said: “I prefer to move forward gradually, step-by-step, preparing really well. So it’s important to always make the right decision, we [me and my team] will decide in the coming weeks.”

On looking ahead to achieving his Formula 1 goal: “Every driver has the goal of being in Formula 1, it’s the premier class and to stand up to the best there is the optimum. We are talking to some teams and putting together the best strategy for next year.”

Earlier this year, Ferrari team principal Maurizio Arrivabene said the door was always going to be open for Schumacher at the Italian team.

“We will see about the future,” said Arrivabene last month. “How can you say no, in Maranello, to a name like this?”

It’ll be interesting to see how Mick continues to develop and it’s also refreshing that plenty are eager to watch his progression. There are a number of talented young drivers coming through the ranks and while patience is important at such a crucial stage in his development, the future is very bright.