Danny Ings’ first-half brace, as well as another from Charlie Austin, proved enough to snatch all three points against the Gunners – who started slowly and were duly punished on the South Coast.

The game was Saints’ boss Ralph Hasenhuttl’s home debut and his side didn’t disappoint – adopting a more physical, direct approach and remaining organised, even after Henrikh Mkhitaryan’s brace.

The result propels them out of the relegation zone into 17th place, in only their second league victory this term to date. So with all of that in mind, here are five talking points from a memorable evening fixture:

#5 Nathan Redmond a man on a mission 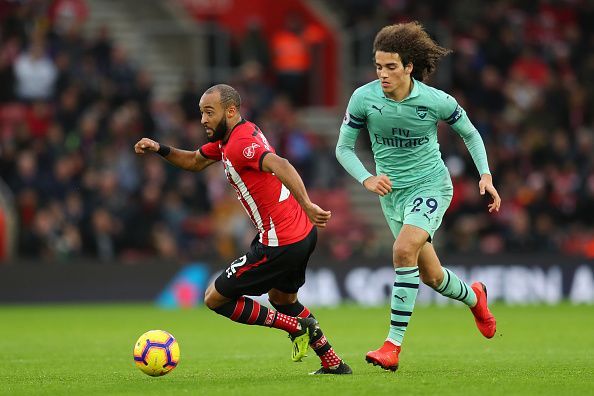 He was criticised for appearing confrontational, though the winger himself later revealed Pep was only “very complimentary and positive to me,” something you rarely see in football.

“Last season he destroyed us here. I didn’t know him last season, I realised how good he is.”

That was little over a year ago now and Redmond is 24-years-old. No longer the talented teenager he once was at Norwich, his development has stalled somewhat in recent seasons and you could understand his frustration with that.

This season, he’s adopted more of an attack-minded approach on the pitch to improve that. Constantly looking to get on the ball where possible, he has embraced his responsibility as one of Southampton’s best creative players and become more consistent too.

On this occasion, it was no different. Just like his energetic bursts and intelligent movement stifled Manchester United on December 1, he was continually a thorn in the Arsenal backline.

His close-control dribbling, overlapping runs, unselfish eye for a pass and a general eagerness to create in the final third made himself a handful from the early exchanges. He created the assist for Ings’ second with a deft lofted ball across the box – his first for the campaign, and currently tops the club’s charts in terms of chances created this season.

Perhaps Pep’s words of encouragement are beginning to work after all.

#4 The contrasting tales of Lacazette and Özil 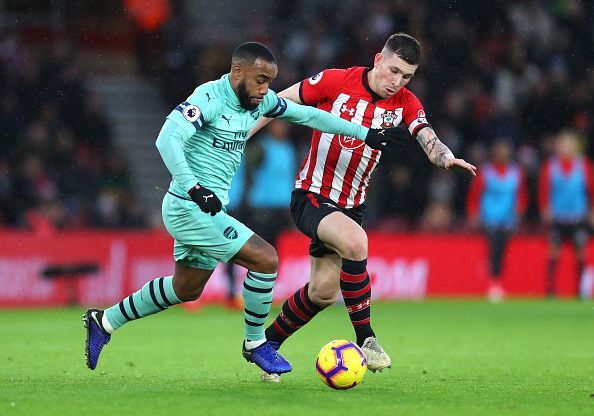 Lacazette was dangerous yet again when introduced, which begs the question – why did he not start?

Alexandre Lacazette and Mesut Özil both started as Arsenal enjoyed a slender, yet comfortable 1-0 win over Qarabag on Thursday evening.

With their place in the Europa League knockout rounds already confirmed, it was an ideal opportunity to ease some returning faces back into the fray – Özil and Laurent Koscielny, who we’ll discuss in detail later.

The silky German has been regularly sidelined through injury this season and when not, has too found himself on the substitutes’ bench. Özil and Lacazette combined for the Gunners’ solitary goal on Thursday before both being replaced – unsurprising with an eye on this game to come.

Lacazette replaced Hector Bellerín (muscle) at the half-time interval and made a considerable impact. Linking up well, working tenaciously out of possession and trying to build-up play with urgency in-and-around the final third, it was his relentless energy which helped create Arsenal’s second goal.

On another day, the result would’ve been completely different. He did more than an out-of-sorts Pierre-Emerick Aubameyang could wish for.

As for Özil though, fans and critics alike remain torn. 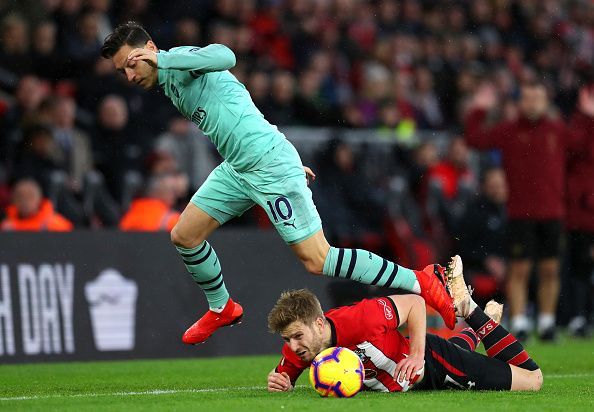 For someone so talented, you never know what you’re going to get from him – whether he’s in an inspired mood and plays very well, or appears to drift out of the game and doesn’t show the burning desire everyone constantly expects.

Here, he was scapegoated after relinquishing possession in the build-up to Austin’s headed finish late on. Yet no-one wants to talk about how he created two chances nor provided more of the attacking fluidity the visitors longed for upon his introduction. Why is that? This type of coverage and over-exaggerated scrutiny is getting tedious now. 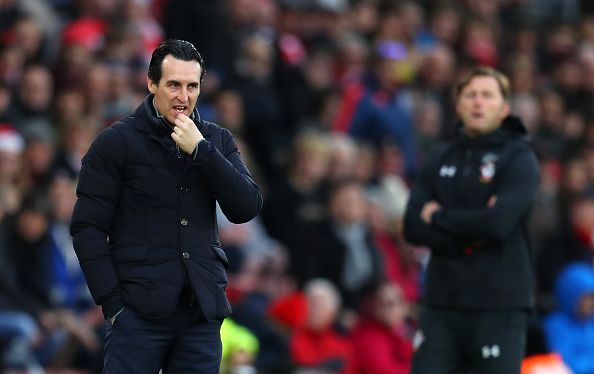 After a lengthy unbeaten run, this was always going to happen. It was a case of when, rather than who, Arsenal would eventually lost to. But the manner of their defeat feels like so many previous during the latter stages of the Arsene Wenger era – which ultimately has to fall at the manager’s lap on this occasion.

Sure, his players started slowly and didn’t establish a proper rhythm. Yes, there are key players sidelined through respective injuries. Those are not good enough excuses.

Southampton had won only one of their 16 Premier League games this season, prior to this fixture. So even under new management, fresh impetus and a refreshed home support, Arsenal should have had more than enough to beat them.

Playing a 3-4-3 formation certainly didn’t help, as Southampton were often able to create overloads with acres of space to work into whenever they had the ball in midfield areas.

Granit Xhaka and Stephan Lichtsteiner are not centre-backs. Both have played there sparingly in their careers – but partnering a returning Koscielny with those two was asking for trouble.

Not because they’re not good enough, but the partnership just doesn’t work. Instead, why not play a four-back formation with Nacho Monreal – who can and has played there for Arsenal previously – alongside the experienced Frenchman?

This is how Emery should have started instead:

That’s assuming Mesut couldn’t start and play a full 90 minutes, while Iwobi could feature as an impact second-half sub. By shackling Xhaka at the back, rather than alongside Guendouzi/Torreira, you lose one of his best strengths – dictating play forward from those deep midfield roles.

Monreal hadn’t started a full game since October 7, the 5-1 win at Fulham. Why increase his workload so drastically by starting him at wing-back? One thing is clear: Emery doesn’t yet know his strongest starting eleven. 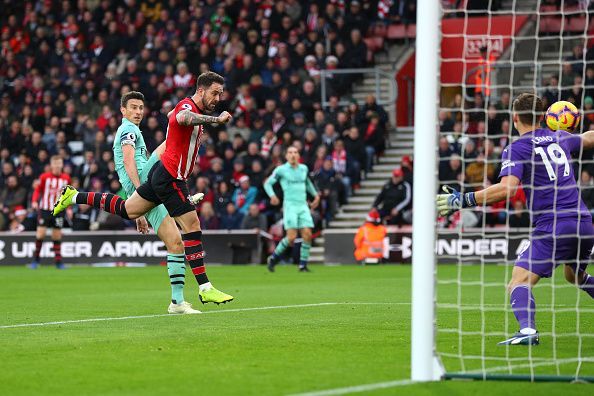 First off, it’s great to see Laurent Koscielny back in the fray for Arsenal. He’s the club’s best defender, after all. 33 in September, it seems like he’s aged five years since sustaining that horrible Achilles injury against Atletico Madrid in April. However, this was not a nice return to England’s top-flight. Far from it.

From minute one, he was eyed as a potential target to expose by Southampton’s attackers and in fairness, it’s understandable. He made his first-team return on Thursday after some u23s minutes under his belt and it’ll take a few weeks before establishing full match sharpness.

There was a brief injury scare early on after Ings’ late challenge, catching Koscielny’s ankle after he’d played the ball and leaving him in pain on the turf. He shook it off and continued, but just minutes later, Ings was back for more. This time, it was Matt Targett’s excellent cross which evaded Koscielny and allowed the 26-year-old a welcome return to the fray after injury issues of his own.

As Alan Smith on commentary said, had Koscielny been playing for the past month or longer, this chance wouldn’t have ended in a goal. These are the high standards that he should be held to – attempting to control in mid-air, rather than just clearing it, is something you can do after an extended spell on the sidelines.

Southampton’s second was almost a carbon copy, but from the opposite side. Redmond’s cross lofted above Koscielny’s header attempt and Ings – hovering alongside Lichtsteiner – made no mistake to loop another header into the corner.

Their third, was a combination of defensive errors the typical Arsenal way. Bernd Leno misjudged the cross’ trajectory and with Koscielny running back to try clearing, the German’s dive missed the ball, allowing Austin a free open header at goal. 3-2.

Even having conceded three goals, Koscielny’s match statistics looked like this:

3 completed tackles, clearances and aerial duels won, two blocked shots, 1 interception, two fouls committed, 92.4% accuracy (92 passes). It’ll be interesting to see how he settles back into the Gunners’ backline, but it’s clear that even with their injuries – they need to improve.

#1 Hasenhuttl’s home debut a sign of things to come 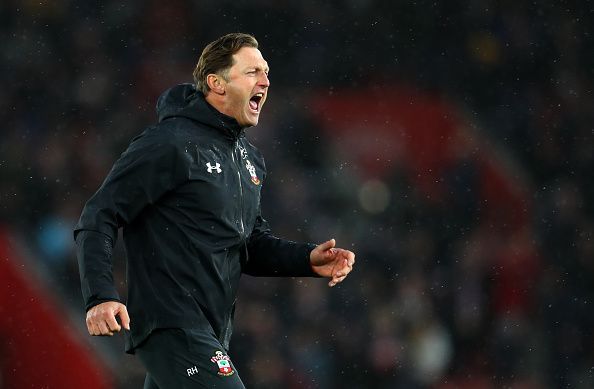 Southampton haven’t had it easy over the past few years with regards to managerial appointments – success breeds interest and wandering eyes, while scrutiny and increasing pressure follows failure.

Mark Hughes was the latest casualty of a season where Southampton have flattered to deceive. Failing to convert draws into wins and slender defeats into important results down the stretch, there’s plenty of work to be done.

But Ralph Hasenhuttl has already begun laying the foundations for that in recent weeks, since his appointment prior to their 3-1 defeat by Tottenham on December 5. Improvements, little by little, are being made on the training pitches and the 51-year-old Austrian has already begun trying to make St. Mary’s a fortress again.

The little things, like free beers for fans and improved atmosphere on the South Coast, are sure to help motivate the players – through hard work and a desire to play for one another has to be reciprocated on the pitch.

Here, you could see they’re slowly developing, while weaknesses crept back into their play when Arsenal pressed them at times too. Things, like taking too long in possession, unnecessary risks and inviting pressure on themselves, will naturally be eradicated with time, but it requires patience as well as continuity with Ralph’s team selections.