The talented teenage winger, on-loan at RB Leipzig, flourished when called upon for Arsenal in the 18/19 campaign. What’s next for him?

“Even when we were younger, you could just tell he was so much better than everyone else. He had the technique, football brain and always wanted to improve – playing against the olders, learning whenever possible.”

It seems cliche but it’s true. Something that resonates with a multitude of talented youngsters at one stage or another in their budding professional careers is why they were spotted in the first place.

That quote describes Arsenal and England under-20 winger Emile Smith-Rowe. Currently out on-loan at Bundesliga side RB Leipzig, I spoke to one of his close friends from school about how he has developed significantly – across all aspects – to get to where he is today.

Having been spotted by the Gunners at age ten, he had to relocate closer to their London Colney base in north London. Moving with his parents, they were aware of his talent and did their utmost to give him a better opportunity.

It’s easier to spot talent in younger age-groups when they stand out the way he did, but after impressing on his senior debut in this season’s Europa League, it marked the defining point in a lengthy journey for the Croydon-born youngster. He became the club’s youngest goalscorer in a competitive match since Alex Oxlade-Chamberlain in 2011, as well as the first player born this millennium to score for Arsenal.

Deciding to join Leipzig on a loan deal in January didn’t come as a surprise, as he’s worked for that move – but the timing was poor. He had been recovering from a groin injury before the move was official and remained sidelined for three months since then.

His only appearance was a cameo in stoppage-time, during their 2-0 win over Wolfsburg on April 13. A token debut, you could see what it meant to him, teammates, fans and hopefuls who all want him to succeed. Since then he’s been involved with first-team training but not yet seen the action he’d have hoped for when agreeing the deal. 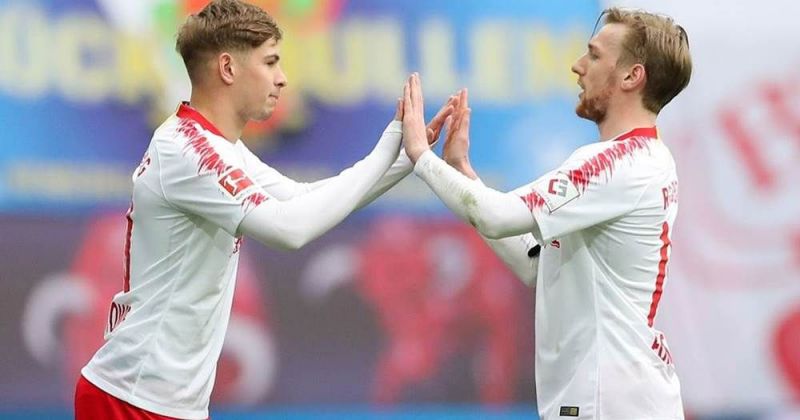 You only have to look at his club teammate Reiss Nelson as a prime example, currently flourishing at Bundesliga side Hoffenheim, for why more English youngsters are venturing abroad in search of first-team football.

Ultimately there are opportunities available and says plenty about Emile’s current ability that they were prepared to take him on – with other top players like Timo Werner and Emil Forsberg to learn from in training.

If you’re not getting first-team minutes, idling around the under-23 setup just isn’t beneficial. The novelty of training among the seniors soon wears off, once playing opportunities are sparse. Unai Emery was honest upon his arrival, saying that he wasn’t guaranteed many minutes and given his impressive form when called upon, why not go elsewhere?

Everyone handles situations differently and although he’s not ready yet, this loan spell at Leipzig is definitely benefiting him more than staying at Arsenal would. Having gone abroad, learning a new language and embracing a different culture too, there are naturally different expectations and a playing style to learn under new management.

While admitting that learning German is tough, he’s doing lessons two to three times weekly and has integrated well with his new teammates. His family visit every fortnight to ensure he avoids homesickness, which reiterates the point he’s still only 18. The entire experience will help his career development so he’s more adaptable to new changes at Arsenal, who themselves are a team in transition period post-Arsene Wenger. 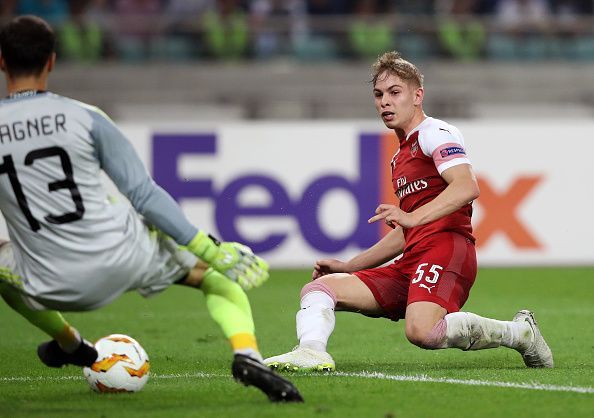 Smith-Rowe scored against Qarabag in their Europa League group stage

Leipzig boss Ralf Rangnick described Emile’s situation as a “medium-term project”, which is another hint for their future plans. he fact that the highly-rated Julian Nagelsmann will take the reins on a three-year deal this summer could prove a perfect fit, considering how he’s worked well with Nelson this term.

They have been vocal in their attempts to extend his loan deal for the 2019/20 campaign, though other clubs and Premier League sides too are also said to be interested.

Nelson, Edward Nketiah, Ben Sheaf, Xavier Amaechi, Joe Willock, Bukayo Saka and more besides – there are plenty of capable youngsters waiting for their chance to shine, which would save them money too. One thing is for certain: the future is bright, both Arsenal and England should be excited for what’s in store over the coming years.