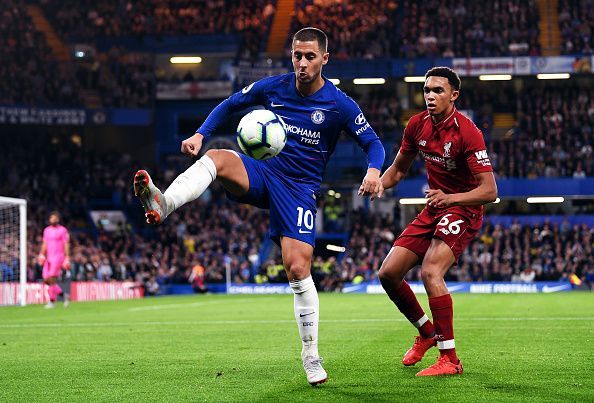 League leaders Liverpool host an unpredictable Chelsea side today, in potentially a season-defining match for both teams at Anfield…

Liverpool will look to continue their assault on the Premier League title race with an important win against an unpredictable Chelsea side today, who currently occupy fourth spot and can have significant baring on where the title is won and lost this season.

The Blues have lost seven games already in 2019, with many supporters calling for Maurizio Sarri‘s departure after the Italian’s puzzling selections and stubborn approach to tactics.

However, they remain one of the league’s best and most feared teams for a reason: they can beat any team on their day. That includes the Reds, who they have beaten twice in their last three meetings and would’ve won their most recent league meeting in September if not for Daniel Sturridge’s late wonder strike at Stamford Bridge.

Liverpool have only won four of their last 20 meetings with Chelsea since 2011 but given their title aspirations, will be hoping history doesn’t repeat itself at Anfield. They could go five points clear, depending on Manchester City‘s result against Crystal Palace, if they prevail against Chelsea – but it’s easier said than done on paper.

Sarri’s insistence on the 4-3-3 formation means that Jorginho is likely to partner N’Golo Kante and Ruben Loftus-Cheek in midfield, though formation predictability isn’t always a negative. It means that talented teenager Callum Hudson-Odoi should be given a start on the wing, opposite star man Eden Hazard while on-loan Juventus forward Gonzalo Higuain looks to prove he deserves an extended stay in west London by leading the line in attack. 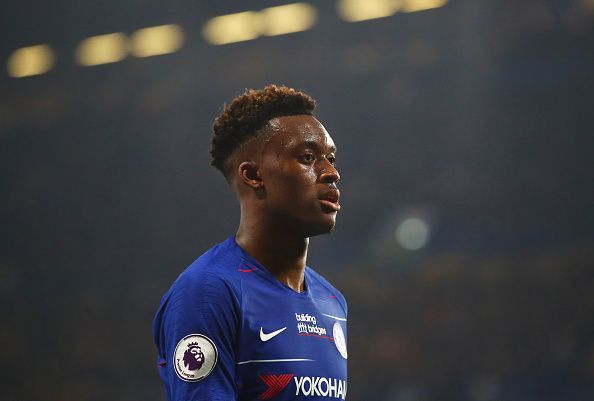 With his Chelsea future still in doubt, Hudson-Odoi will look to excel if given a starting berth

Jurgen Klopp meanwhile, has plenty of options to choose from – does he mirror Sarri’s 4-3-3 or opt for something different to exploit their weaknesses? A lot can be said about Liverpool’s fearsome trident but perhaps the battle will be won in midfield, where Fabinho, Naby Keita and Jordan Henderson are expected to start as they did during their 2-0 win over Porto in midweek.

After serving his suspension in midweek, Andy Robertson is expected to slot into his starting berth at left-back – while Trent Alexander-Arnold will relish the challenge against a tricky Chelsea frontline.

The pair have created 16 assists between them in England’s top-flight this season. While Sadio Mane, Mohamed Salah and Virgil van Dijk receive most of the plaudits, the fullback duo have proven indispensable on both sides of the pitch under Klopp and his playing style -defensively and bursting forward in attack. 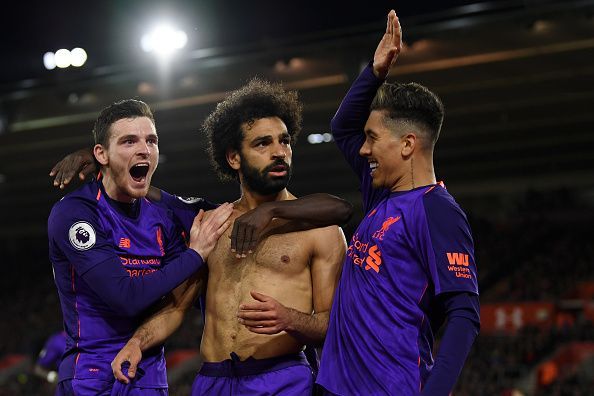 Chelsea’s form has seen a surge in recent weeks, but they remain inconsistent and vulnerable at the best of times. Add Liverpool’s overwhelming desire to right the wrongs of that 2013/14 campaign into the mix and this is a must-win game for Klopp’s men today.

It’ll be hard-fought and a frenetic affair but you’d expect nothing less from two of the league’s best, who both have something to fight for.