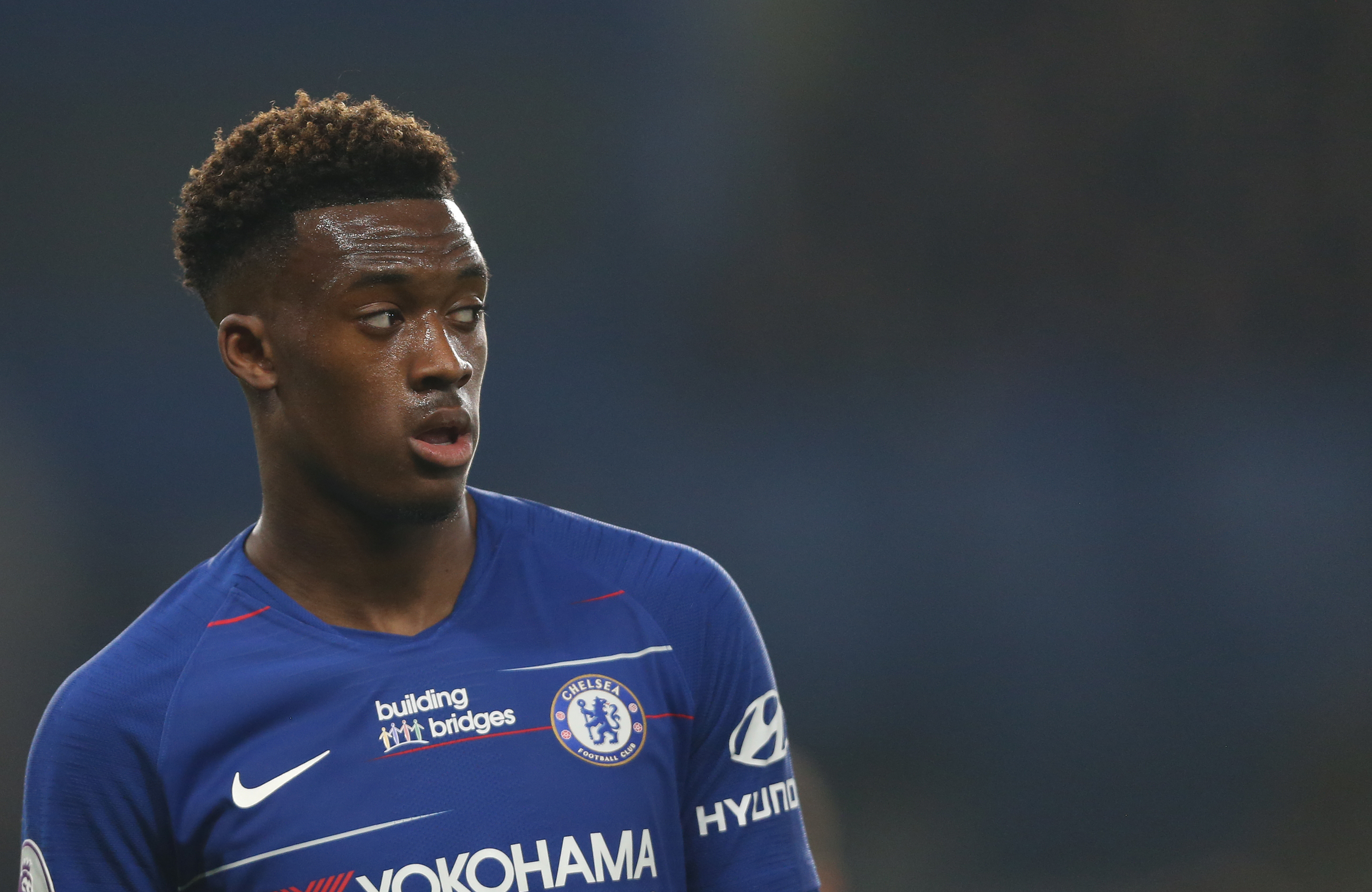 Hudson-Odoi, 18, has entered the final twelve months of his existing deal in west London and the club have made no illusions about their eagerness to extend his contract.

Having made his senior England debut during their friendlies against Czech Republic and Montenegro in March, he remains a genuine target for Bayern – who had four bids rejected for him in January, the last of which was £35m.

The Blues’ worry is that if they continue to stall the Bavarians’ advances without any guarantees on a new deal, they could lose him for significantly less or even on a free next summer. However under new management with a youth-centric Lampard in charge, they were hoping he’d sign an extension soon afterwards – like Ruben Loftus-Cheek and Mason Mount have done recently.

As quoted by the Evening Standard, Lampard revealed he’s keen to see Hudson-Odoi commit his future soon: “We want young players, you can see that. Other players are signing up around him and hopefully it [Hudson-Odoi’s contract] is something that is going to be done. Of course, we want him to sign and be a big player for us – I have spoken to him a couple of times because I want him to know how I feel.”

“He is a player who has come through the Chelsea academy, broken into the England squad and is of course, potentially a huge player now and in the future. He can be absolutely central to this team: young, there’s a lot of improvement which is only good news for all of us. The fans love him here, the club want to love him.”

Hudson-Odoi revealed his desire to join Bayern but as the transfer request was blocked, it’s difficult to know what he actually wants now that so much has changed in six months since.

Chelsea qualified for Champions League football, finishing fourth and winning the Europa League in May – though Hudson-Odoi’s Achilles injury is expected to keep him sidelined for another few months.

Bayern certainly have been splashing the cash on talented young prospects in recent seasons and their transfer policy is changing: Lucas Hernandez, Benjamin Pavard and Alphonso Davies are all prime examples of that. Having missing out on Jadon Sancho prior to his Borussia Dortmund move, they don’t want the same to happen again so it’s unsurprising they have intensified such interest in a player of Callum’s ability and world-class potential.

They are reportedly prepared to offer more money – £45m the latest figure – as well as first-team assurances, something he has been longing for since his breakthrough last season. Without an agent, his family are major players in this saga but the decision ultimately lies with the player himself so this contract dispute should be resolved at some stage before Chelsea decide to cut their losses and let him leave if continually unsettled.