In the first trade since Russell Westbrook’s blockbuster move to Houston on July 11, the Utah Jazz have acquired Cavaliers guard Jordan Clarkson in exchange for Dante Exum and two future second-round picks.

The deal went under-the-radar and came as a surprise when ESPN insider Adrian Wojnarowski broke the news late on Monday evening, with Utah confirming as much today – the trade was made official soon afterwards.

His minutes have fluctuated since entering the league at around the 25-30 mark and that’s unlikely to change in Utah, where he’ll largely be utilised as a solid bench option to add further production accompanying Donovan Mitchell and Mike Conley.

Clarkson scored 33 points on 12-17 shooting in his final game for the Cavs, during their 114-107 win over the Memphis Grizzlies on December 21 and had already suited up for their game against Atlanta Hawks before the news broke.

Understandably, it caught teammates by surprise. None moreso than five-time All-Star Kevin Love, who too has been linked with a trade already this season. Center Tristan Thompson broke the news to him moments before tipoff on Monday night, and his reaction spoke volumes.

“I said, ‘Utah what?’ Then he said, ‘Jordan,’ I fell to the ground. This one hurts for me, that is my guy. We just hit it off when he got here a few years ago, he became a really close friend of mine. It’s really tough.”

Players got an opportunity to say goodbye anad wish Clarkson well in the future, albeit briefly, but it puts the situation in perspective considering the ruthless nature of NBA as a business where player movement is all too common.

“There are some that hurt, especially when you have no idea. It’s not like they need to tell me, it just hurts. They don’t owe me anything, but it doesn’t make it easier.”

Consistency has been a problem for Clarkson since entering the league five-and-a-half years and although he’s made 411 appearances (138 starts), many criticise his unflattering postseason displays in 2017-18 – averaging 4.7 points on 30% shooting (23.9% from deep) in 15.1 minutes per game.

At the start of last season, he had this to say: “I had a lot of motivation, but I’m understanding on how it is. I felt like I played a lesser role during the playoffs. A lot of it comes with what it is, during that time I wasn’t making shots and stuff like that.

It’s part of the game, you’re going to take your ups and downs. I’m here trying to prove people wrong, they’re going to judge me from one playoff series when I didn’t really play much or get much time in and it was an all new experience for me.”

The guard, drafted by Utah with the fifth pick in the 2014 draft, has made 215 appearances (68 starts) since. He has struggled with injuries over his professional career – having only played a full 82-game season once, during his rookie season. 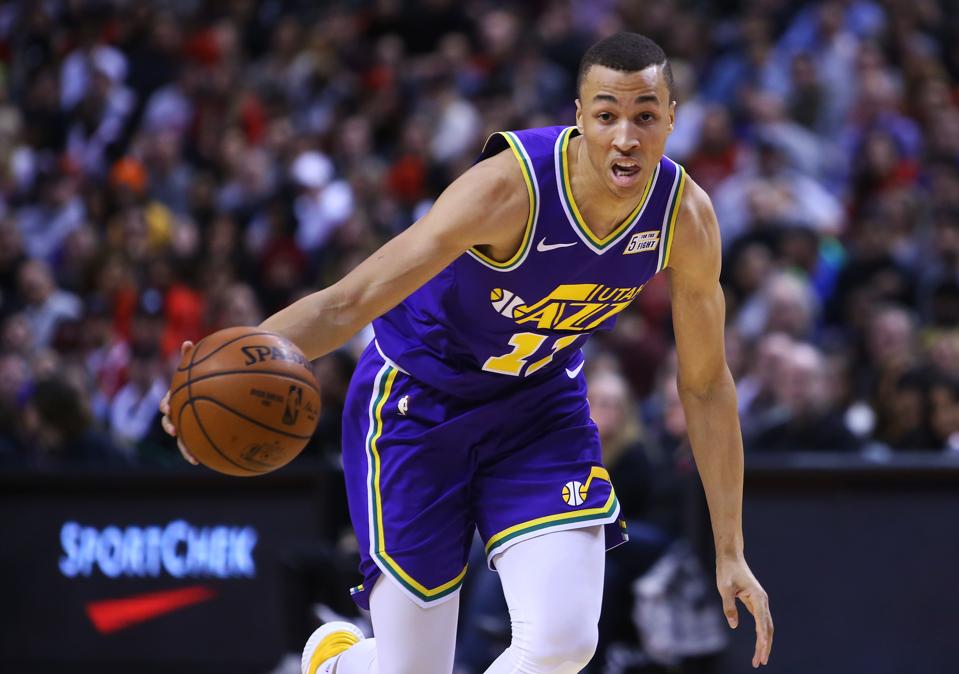 Exum in action for the Jazz, where he’s made 11 appearances – averaging 7.5 mins per game

Although it’s a small sample size, he showed signs of development in that year before being sidelined with more injury woes. Still 24, a change of scenery could prove beneficial for his future progression – provided he stays injury-free, which is paramount.