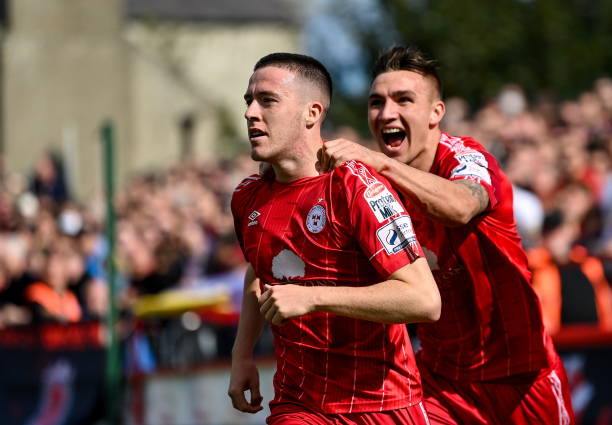 Despite this being the biggest match left this term for both, Bohemians looked lethargic early, were duly punished and failed to recover from an ever-growing deficit as Damien Duff’s Shelbourne side punched their ticket into the FAI Cup semi-finals with a morale-boosting 3-0 home win this afternoon, after goals from Jack Moylan and Sean Boyd’s brace at Tolka Park. 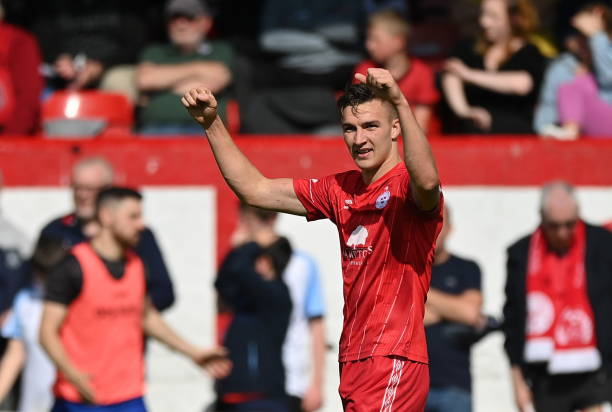 Jack Moylan and a Sean Boyd brace saw Shelbourne seal their semi-final berth in this season’s FAI Cup as they swatted a sluggish Bohemians display aside at Tolka Park.

Boyd was active and a nuisance from the off, trying his luck from close-range as Shane Farrell – their best player on the afternoon – frequently fizzed dangerous deliveries into the box.

After ten minutes, set-piece specialist Tyreke Wilson curled a low free-kick effort narrowly wide, in one of few chances for a lethargic-looking Bohemians side.

Two minutes later, Gavin Molloy fed Boyd with plenty of space to profit from but the target man flicked his effort over the crossbar. He often lacked composure in those promising situations, but Moylan certainly didn’t when breaking the deadlock after 20 minutes.

He left Wilson in his rearview mirror, marauding forward from the right-hand side, before playing a one-two passing exchange with Matty Smith whilst evading a sliding James Clarke challenge.

Through on-goal with onrushing goalkeeper Jon McCracken to beat, he picked his spot and blazed it into the roof of the net with aplomb.

Farrell, operating at left wing-back, was aggressive out of possession and purposeful with it. He could’ve scored and won a penalty in the space of three minutes.

He cheaply robbed Conor Levingston of possession before letting fly from distance, before being hauled to ground – too easily for the referee’s liking despite vehement protests.

Moylan innocuously twisted his ankle on the turf and limped off gingerly afterwards, but couldn’t continue and was replaced by Brian McManus shortly after the half-hour mark.

He combined with Boyd to almost score moments following his introduction, charging through on-goal – but for McCracken’s great anticipation off his line to snuff out the danger.

McCracken made an acrobatic stop tipping McManus’ half-volley over the bar from distance not long after, before being left at sea by a defensive breakdown leading to Shels’ second.

Moments after the aforementioned save, Boyd benefited from some weak Bohs defending to double the lead in the 38th minute. 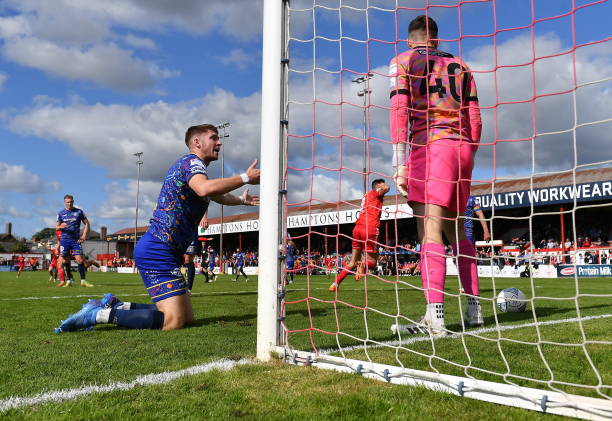 Tempers flared shortly afterwards from both sets of players as Farrell was down clutching his face after a dangerous challenge by Clarke.

Five bookings were shown in the immediate aftermath, though multiple stoppages in play didn’t stop the flow as Shels searched for more goals.

bohemians make changes aplenty at the restart, without reward 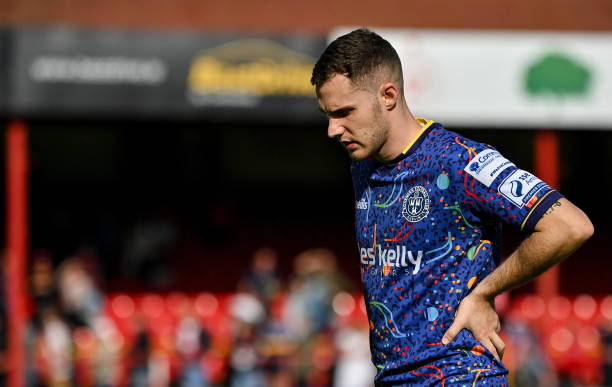 Bohs made a quadruple change at half-time as their Cup run was quickly coming to an end, but again Shelbourne were on top after the restart.

Boyd should’ve scored again but McCracken denied him with a brave block outside his area, then minutes later the forward hesitated when he should’ve released Smith on the overlap.

Damien Duff was increasingly agitated as he knew a two-goal cushion is never an infallible one, though they weathered a brief storm before putting the tie beyond doubt.

Liam Burt and substitute Alistair Coote did their utmost to help bring Bohs back in with a half-chance of rescuing the situation, though comeback opportunities were dwindling by the minute.

Coote set up fellow sub Jordan Flores with a clever reverse pass on the edge of the area and he struck the post, moments before Boyd’s tireless running was rewarded down the other end.

A slack backpass was quickly seized upon, before he used his long strides to bypass Feely’s last-ditch sliding challenge and slotted through McCracken’s legs to finish.

Bohs’ body language spoke volumes afterwards as the third goal knocked the fight out of them.

Soon enough the suffering was over, as the rowdy Shelbourne supporters serenaded their players and celebrated a memorable afternoon’s work. 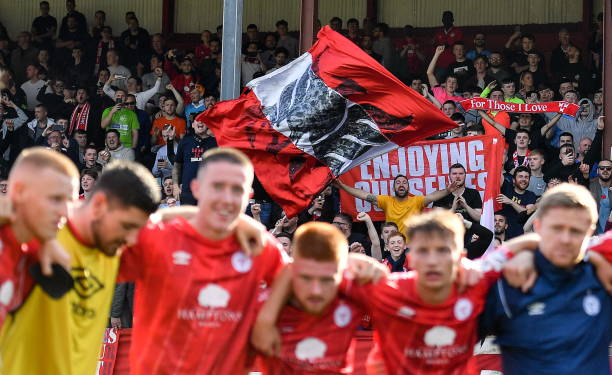 Into the semi-finals they go as the prospect of silverware draws ever close, with Treaty United, Waterford or Derry City/Shamrock Rovers next.