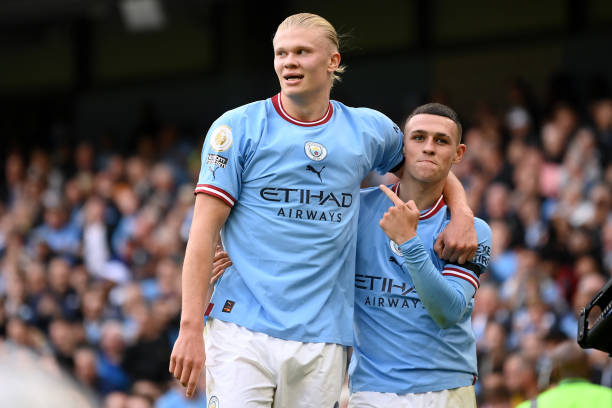 Having broken another league record with his third hat-trick of the campaign against Manchester United, Erling Haaland’s formidable form has not gone unnoticed – 14 goals and three assists in his first eight Premier League games. It’s important not to be transfixed by the moment, and is why head coach Pep Guardiola has tonight reaffirmed the fact the Norwegian will be rested when the time is right, with a heavy year-long fixture schedule to consider. 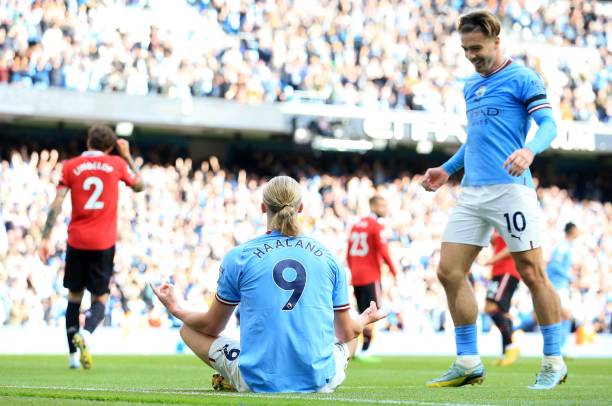 Haaland celebrates after securing his hat-trick, and City’s fifth, in a back-and-forth second-half

Although Norway failed to qualify for this winter World Cup in Qatar, with nations set to fly out early next month before the Nov. 20 curtainraiser, Pep Guardiola has confirmed after their emphatic 6-3 win over United that new star striker Erling Haaland will be rested in due course.

That news should come as a welcoming update to fans – perhaps not of their rivals – given Sergio Aguero’s historically troublesome injuries over multiple seasons hampered their progress, having to juggle chasing silverware across many competitions during a season.

During their win, Kevin de Bruyne made history too — surpassing both Steven Gerrard and David Silva after creating a pair of assists. He’s now joint-fifth with Arsenal legend Dennis Bergkamp on the all-time list for Premier League assists with 94, having teed up Haaland in the first-half.

The Belgian international has eight in as many domestic fixtures so far this term, more than double the closest competitors – teammate Bernardo Silva and Arsenal winger Bukayo Saka.

Speaking of the Gunners, City are just a point behind Mikel Arteta’s side after their 3-1 north London derby day win over Tottenham on Saturday lunchtime.