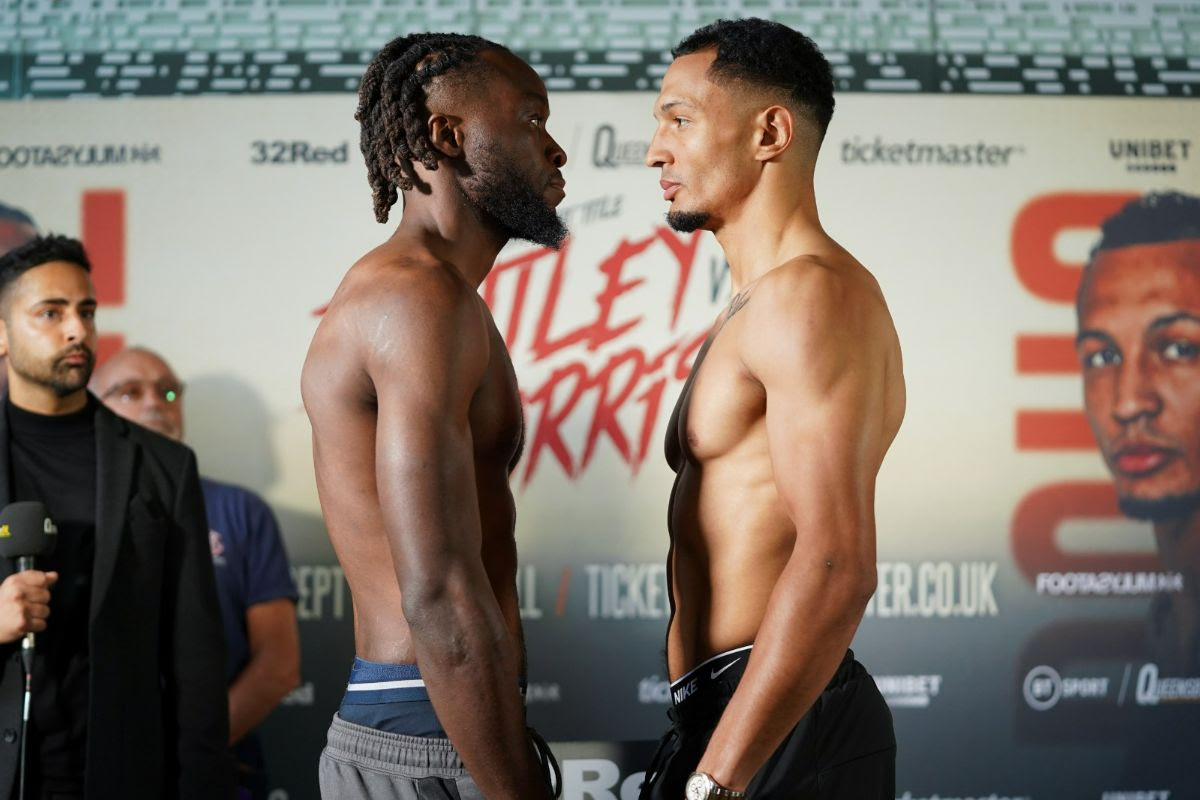 will bentley retain? can morrison’s resume help or hinder him?

Bentley vs. Morrison
British middleweight title — ringwalks expected for 10pm, tonight
Stay tuned for post-fight coverage with me on moandsports.com

After edging a split decision result against Linus Udofia for the vacant title back in May, two-time British middleweight champion Denzel Bentley defends his strap against Marcus Morrison – a fight that has been two years in the making.

After boxing returned from the COVID-enforced lockdown two years ago, the 29-year-old was informed Morrison was a potential opponent. As is often the case with these matchups, especially domestic duels between two talents on similar trajectories, it didn’t materalise.

Instead it was Preston’s Mick Hall – then 15-2 and 34-years-old – who got the call, eventually retiring with a badly swollen eye after six rounds’ punishment. He hasn’t featured since.

Bentley has no ill-will towards Morrison for the snub, revealing when he questioned the Mancunian on social media, he got a “wait your turn” response.

In his first defence the tactics were all wrong: low hands, hugging the ropes and proving too hittable – at distance and up close – suffering a R3 TKO loss to WBC International champion Felix Cash last April. Now this pair will duel in Bethnal Green, a matchup many feel is well overdue.

“He is someone who tries all the time, doesn’t really back down or go into his shell. He has stepped up to a good level, can punch… I haven’t been in a boring fight yet, so I guess any fight I am in people will be excited to see.”

Morrison ended a nine-month layoff by rebounding from those aforementioned defeats against journeyman Seamus Devlin in August, but it’ll be interesting to see if those valuable rounds’ experience – even with a losing effort – help or hinder his chances of victory against Bentley.

It’s his second fight in 27 days and the 29-year-old is clearly looking to make up for lost time, but given Devlin’s grim 1-35-1 record, will this main event spotlight prove too premature a step up?

Boxxer tournament winner Ellis Zorro makes his Queensberry debut tonight and is happy with the step-up in competition he’s receiving. Dec Spelman, moving up from light-heavyweight, will not want to be described as a measuring stick for someone with lofty championship ambitions.

But considering he has shared 31 rounds’ experience with the likes of top domestic names like Shakkan Pitters, Lyndon Arthur and world title challenger Anthony Yarde, it makes sense.

Much like Morrison in the main event, he lost each time but will have gained confidence from an ability to hang with them – especially the former two. Now he’s no longer weight drained and looking healthier in another division, it’ll be interesting to see how his skills translate at 200lbs.

“This is the direction I want to go in, I was pleased that Martin [trainer and manager Bowers] and Frank [Warren] have decided to put me in with such an opponent, rather than kind of give me an easy welcoming fight. After this one I will look to push onto titles asap, that is where I am going.

You could have a tough international opponent, not get any credit for winning. With this one, I will. We know who he has fought, what he’s done, how he has conducted himself in those fights, it’ll be a test for me and a good fight.

“Other than his style – being a pressure fighter coming forward – not going to take too much from his light-heavyweight fights. Dec will try dragging me into deep waters, try and stay on my chest, the fans will be in for a good fight.”

tonight’s fight card in full, is as follows