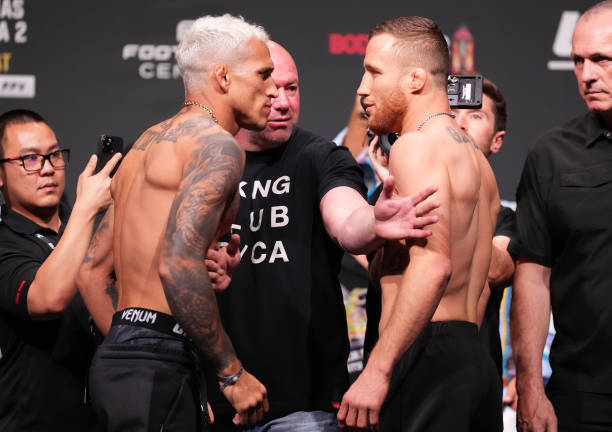 The experienced Brazilian, stripped of his lightweight title after missing championship weight on Friday, can redeem himself by adding another elite name to his ever-growing resume by prevailing against #1 contender Justin Gaethje tonight (main card: 3am BST). Will he though?

With his back against the wall, Oliveira is even more dangerous 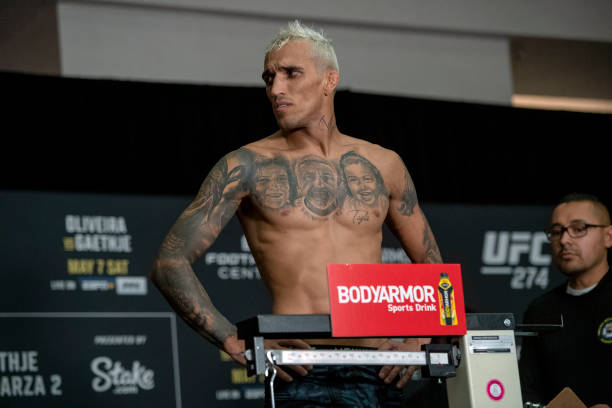 The 32-year-old’s reaction said it all; weighing in heavy on Friday and being subsequently stripped

After becoming the first champion in promotional history to lose his belt on the scales – multiple prospective title challengers have missed the opportunity, but never an existing titleholder – Oliveira’s got an immediate chance to exact redemption in the headliner vs. Gaethje overnight.

You can’t blame Justin for feeling quietly confident things will go his way either, having rehydrated while Charles was still struggling to try and make the weight a second time after being granted the mandatory one-hour allowance.

I posted my weight 3 hours after I stepped on the scale. Average weight gained back by athletes in the UFC is 10% of body weight. You guys might not like it but it is the law of the land. #fyi

Weight drained and emotionally exhausted, the last 48 hours would’ve been much more uncomfortable for Oliveira’s team. Whether that impacts the gameplan remains to be seen, though it must be said a fast-starting approach cannot be ruled out.

Gaethje suffered a second-round submission defeat by now-retired undefeated champion Khabib Nurmagomedov in Oct. 2020 and while publicly disgruntled at being left on the sidelines since, ultimately didn’t need to do too much to get back into a #1 contender spot.

Dustin Poirier couldn’t follow-up his Conor McGregor success against Do Bronx in 2021’s final PPV, while Gaethje outlasted Michael Chandler in a Fight of the Year candidate last November.

That was an unofficial title eliminator and seeing as Chandler also already lost to Oliveira, The Highlight made sense for his next title defence. After the surprising weigh-in miss this matchup won’t be that anymore, but doesn’t mean his 10-fight winning streak cannot continue here. 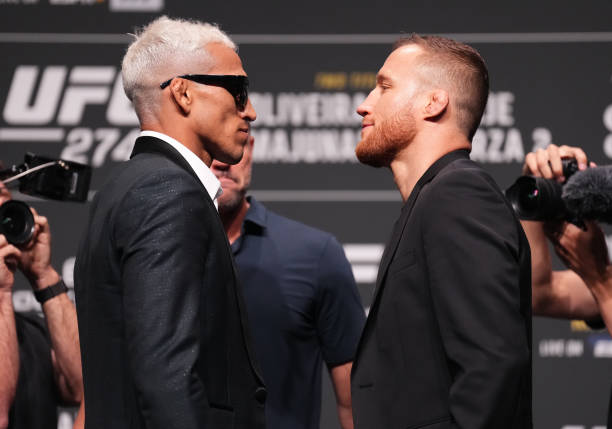 Oliveira’s weight miss could work against Gaethje, if he starts too explosively here