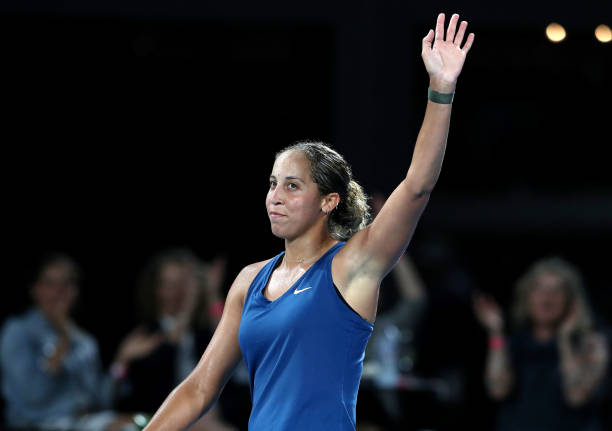 A first meeting between American duo Coco Gauff and Madison Keys didn’t disappoint despite a sluggish start by the latter, as the US Open 2017 runner-up rallied back from a set down to outlast Gauff and earn her first WTA Final in two years. She’ll play training partner Alison Riske in tomorrow’s finale, after the 31-year-old benefited from a walkover vs. Tamara Zidansek. 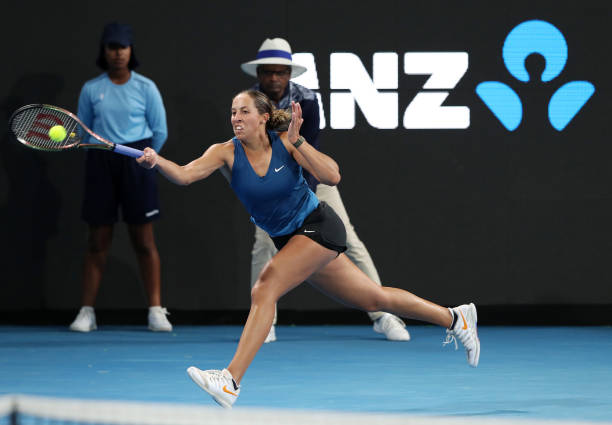 Keys had a concerning start, but showed spirit as her forehand fired well at precisely the right time

The story of a topsy-turvy quarter-final late yesterday was Keys having her serve broken for the first time in the tournament midway through her three-set tussle with Ludmilla Samsonova.

She recovered well enough to knock out the eighth seed in a deciding set, but had an uphill battle to climb after 12 minutes against her exciting teenage compatriot Coco Gauff.

3-0 down and having failed to take any of the three break back opportunities on offer, the 26-year-old was rightly frustrated that things were rapidly slipping away. Importantly though, she saved two break points in the next game while putting pressure back on the teenager.

While Keys’ forehand was flagging, Gauff had no such issue and maintained an assertive stranglehold on a set that never looked like slipping from her grasp. 6-3 in 34 minutes, could she importantly sustain those high levels? Would Madison clean up her worrying error frequency?

As the rally length increased, Keys found her flow and was noticeably playing much better too, hitting the corners more and starting to unsettle Gauff with sustained success. Soon enough, she seized a break point opportunity and the tables had certainly turned by this stage.

Winning nine of the next eleven points, Keys stormed into a 4-1 set two lead and Gauff was scrapping to keep things competitive. Her serve was dicey to say the least, errors flying and giving the 2017 US Open runner-up renewed confidence things were shifting in her favour.

They certainly had, reiterated by a thunderous return ace to wrap up a set lasting 35 minutes but probably feeling longer for a discontent Coco, who saw another promising advantage disappear.

After a big sigh between points, Gauff muttered “what am I doing wrong?” – she couldn’t quite understand how things had swung so heavily against her after such a purposeful start.

Keys’ forehand was firing and she was content to outlast her in the longer exchanges, finally in control of the fearsome power powering her past Elina Svitolina and others already this week.

Gauff gift-wrapped her a break point and she didn’t need to return a ball for it either, another costly double-fault (7) drawing groans from the crowd as Keys had one foot in the final at 4-2. 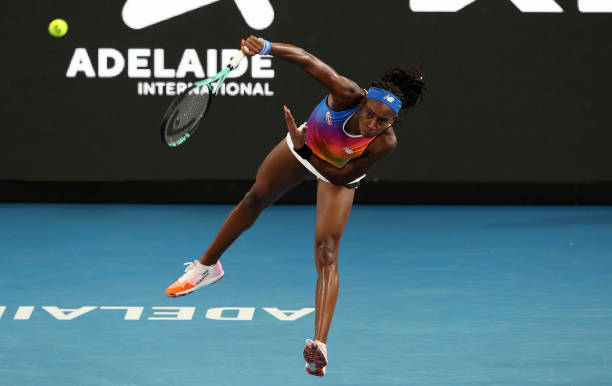 Serving struggles: Gauff, who logged 10 doubles in three matches before this, had seven vs. Keys

After being 1-of-9 on break point opportunities, the bullish teenager got the break back at 4-3 and was finding her groove again.

A forehand down-the-line winner and gutsy deft drop shot, the latter while break point down, were the pick of the shots as she differed between a big miss and an equally big winner.

Suddenly, it was 4-4 and this match up for grabs once more.

Gauff did everything but close it out, mixing timely aces with yet more stuttering serves. Keys responded, finishing with another furious forehand which Coco had no answer for. As we’ve seen time and again, against the world’s best, a faltering serve will be gladly pounced upon.

Keys recorded 12 more unforced errors (52 – 40) but that stat didn’t matter, because Gauff ran out of steam at precisely the same moment her opponent was surging back into proceedings. From there it was anyone’s game and the smallest of margins usually settle tightly-contested matches.

“Coco’s a phenomenal player, I knew I was going to have to play some of my best tennis. You have to win the point two or three times, after the first set I did well to reset, stay in the moment and I’m happy to be in a Final.

[Alison Riske next, thoughts?] I don’t know how many competitive matches we’ve played, but we practice and train with each other all the time, it’s gonna be a tough match, I’m just really happy to start the year off on a great foot.” 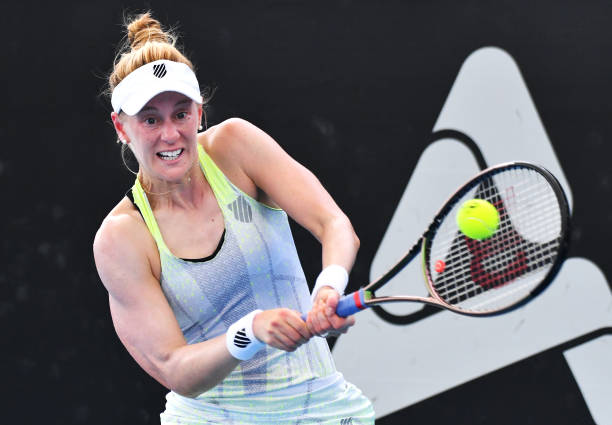 Riske, who hasn’t played a full match since Wednesday, faces Keys with silverware on the line

Keys currently holds a 5-1 H2H record against Riske, but has also recorded more than double her match time by comparison this week with injuries and walkovers. Will that sharpness help or hinder her, given they’ve had three-set matches in each of the last three previous meetings? 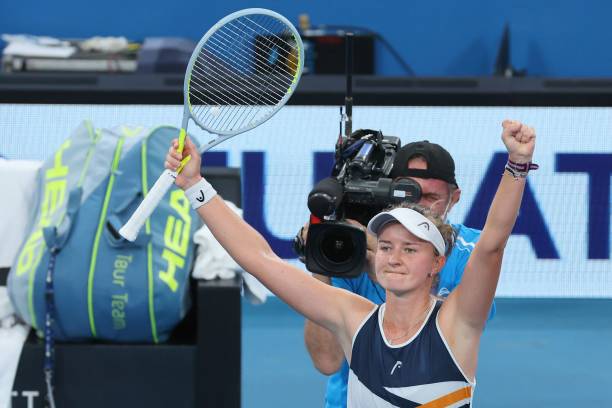 Andy Murray channelled his frustration the right way, after gifting Reilly Opelka (#4) a rather tense first set in his semi-final. He was 5-1 down in the tiebreaker, levelled it at 6-apiece before playing a needless backhand slice into the net which allowed the big American to close it out.

He responded by breaking Opelka early in set two, and almost did the same in the deciding set, winning 6-7, 6-4, 6-4. A first meeting with last year’s Australian Open semi-finalist Aslan Karatsev awaits next, after the top seed outlasted Dan Evans in three hours, nine minutes.