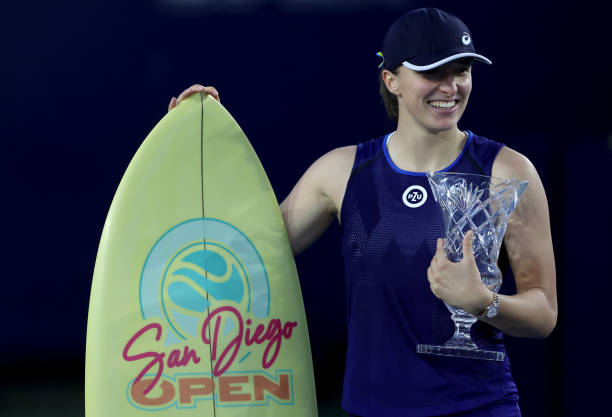 Iga Swiatek made more history after storming past Donna Vekic in their deciding set, clinching the San Diego title in the early hours Monday – while Olympic champion Belinda Bencic has been revealed as Dmitry Tursunov’s new coaching assignment after the Russian opted against continuing his trial stint with Emma Raducanu. Speaking of Olympic gold medallists, Alexander Zverev’s injury recovery is taking longer than expected, but reportedly for a good reason.

Bencic links up with Tursunov 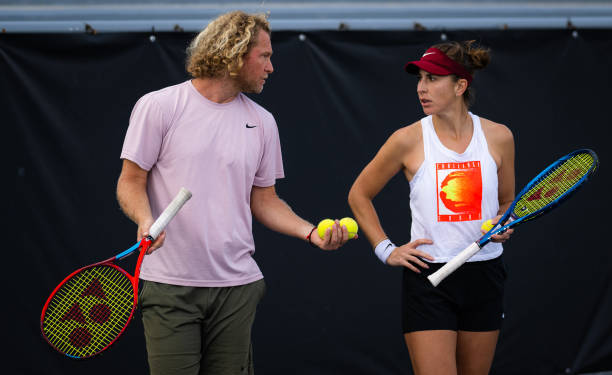 The pair speak in training before the Guadalajara Open, which she’s taking part in this week

2021 US Open champion Emma Raducanu is now searching for her fifth coach in 16 months, after Dmitry Tursunov opted against extending their trial partnership into 2023.

He informed her of his desire to work with another player rather quickly, and that has turned out to be the 25-year-old Swiss talent in former world no. 4 Belinda Bencic – who won a three-set battle (7-5, 6-7, 6-3) against last year’s US Open runner-up Leylah Fernandez in R1 yesterday.

While it’s said that the new arrangement better suits Tursunov’s living arrangements in California, not to mention issues surrounding the Russian’s ability to travel given war-related visa complications, Raducanu’s subsequent loss of stability appears to be Bencic’s gain.

Raducanu, whose durability and strength have contributed to her well-documented struggles on tour, has hired Andy Murray’s former physical trainer Jez Green to improve her fitness for what’s left of the year as she targets next month’s Billie Jean King Cup tournament in Glasgow.

That arrangement can also be made permanent for the 2023 campaign at a later date. Green worked with Murray from 2007-2014, where the Scot won two Slam titles and Olympic gold, before also assisting Karolina Pliskova, Alexander Zverev and Dominic Thiem in the years since.

Bencic acknowledged it’ll take some time for her to get used to the change, but is welcoming the challenge of being outside her comfort zone with someone new. Per WTA Insider, she said:

“I strongly believe that he’s a very good coach, he can improve me, my game and the mental part. I’m super happy that he decided to work with me – I want to make it great.

I saw the partnerships he had with other players, he had great success. His way of coaching is a way that can help me – I strongly believe it can be good. Also with the talks and on the court it has to click.

I think it’s early for that, but I’m absolutely sure that it’s going to work out well, I’m going to try and do everything for it.”

Under his mentorship, both Aryna Sabalenka and more recently, Anett Kontaveit reached career-high world rankings. As far as she’s concerned, the appointment can only be a positive thing as this season draws to a close – where she’s still in the WTA Finals race – and 2023 edges closer.

Zverev back in training, but will only return when fit to win 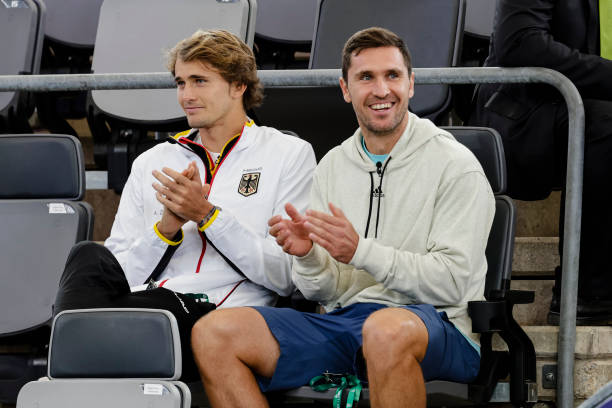 Hopeful that he could return for Germany’s Davis Cup matches in September, Olympic champion Alexander Zverev was diagnosed with a bone edema on his right foot and announced the news in a press conference last month – a setback effectively ending his season.

In a Eurosport Germany interview, his older brother Mischa said the world no. 6 is currently training for roughly five hours daily plus the rehab-and-recovery treatments, but will only return to competitive action when he feels confident he can win at 100% fitness again.

“Sascha doesn’t just want to play tournaments when he’s healthy, but [he will] only [return] when he’s also fit to play. He’s doing much better, he’ll be able to start [playing] properly again soon.”

In addition, he’s taking inspiration from his friend and 21-time Major champion Novak Djokovic’s resilience after the Serbian had to endure an enforced break himself earlier in a whirlwind year thus far – returning to win consecutive ATP-tour level titles in successive weeks.

Swiatek swats Vekic aside in deciding set, back to winning ways 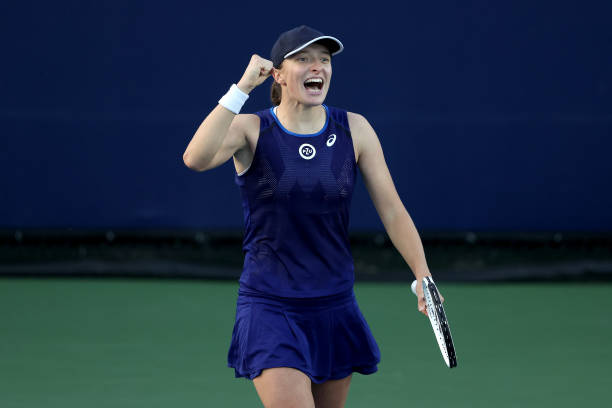 “I just hit an Iga wall, everything I threw at her, she came back with even better shots.”

Donna Vekic described it as the best week of her career, knocking off four top players – including Maria Sakkari and Sabalenka – having entered the main draw after two qualifying round wins.

She rallied from 4-2 down in the set to usurp this year’s Australian Open finalist Danielle Collins in a deciding set tiebreak to finish a contest overshadowed by multiple rain delays.

Yet, despite doing well to claw her way back to a set apiece against the world no. 1, Vekic soon found herself overpowered by an opponent playing some inspired tennis down the other end.

She won 24 of 29 points contested, with a wide array of shots and awe-inspiring moments with which an in-form Vekic had no answer as she was quickly overwhelmed.

It’s an issue the whole women’s tour are still getting to grips with, and after Barbora Krejcikova recovered from a set down to eventually prevail in a three-hour tussle during their Match of the Year finale in Ostrava the weekend prior, order was restored in another WTA singles final.