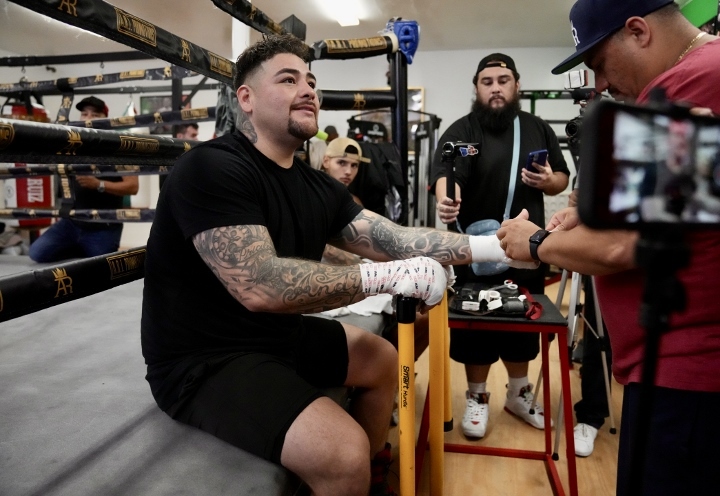 Having promised more activity yet eventually spending 16 months of his boxing prime sidelined with injuries and various other teething problems, former heavyweight champion Andy Ruiz has a stiff return challenge awaiting him this weekend against two-time title challenger Luis Ortiz. Having dealt with tricky times outside the ring, will the 32-year-old have the last laugh?

Ruiz ready – once more – in pursuit of delayed redemption 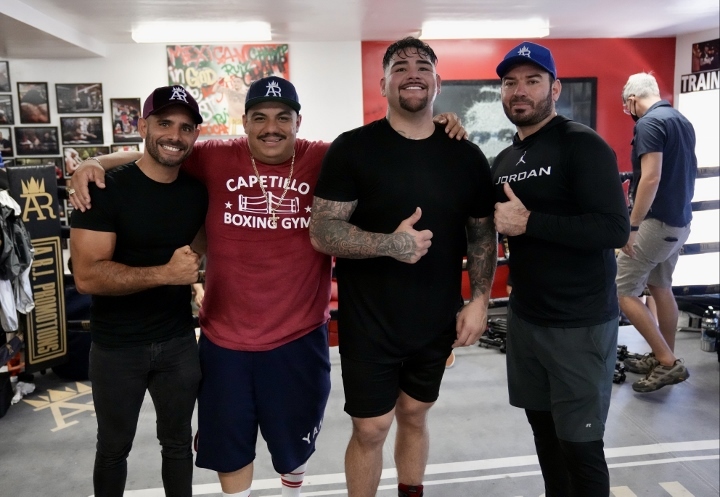 After recovering from a second-round knockdown to outwork Chris Arreola in their WBA heavyweight title eliminator last May, Andy Ruiz Jr (34-2, 22 KOs) said he had sights set on fighting an interested spectator ringside: another dangerous veteran in Luis Ortiz (33-2, 2 NC).

The 43-year-old Cuban happily obliged, with his manager reaffirming the belief this matchup would happen next. Instead, nothing came of this bout and Ortiz stayed busy by kicking off 2022 with a comeback R6 TKO victory over former IBF heavyweight titlist Charles Martin on PPV.

“I feel so good both physically and mentally, eagerly awaiting this fight and you’re not going to want to miss it when we get in the ring. After I fought Martin, I was back in the gym a week later. I’m always active and stay ready.

I have studied Andy from top to bottom. If I don’t knock you out with one punch, I’m just going to chip away at you until you can’t go anymore.

What’s going to cause Ruiz trouble? I’m always trying to reach the top of the mountain, I want the top prize. This is a very important fight for me, they all get me closer to another world title shot. I feel better now than when I was 25.”

Ruiz underwent knee surgery last August, on a nagging issue that’d been causing him constant discomfort for over two years – one that didn’t improve with the use of anti-inflammatories.

In the months that followed, his shiny new head trainer Eddie Reynoso, was no more.

Speculation ran wild after budding lightweight star Ryan Garcia and now Ruiz had departed Team Canelo in quick succession, though he’s had nothing but positive things to say about Reynoso – as well as Manny Robles before him – as reflection has allowed for perspective.

“I was listening to too many people, like on Instagram, saying oh you’re too fat, you need to lose weight, look the part.

Sometimes it gets to your head, and I was like you know what I do want to look strong, look the part or like Hercules or Anthony Joshua.

But you know what, that’s not how God made me. He made a chubby fighter, having to prove people wrong and inspire a lot of kids, the way that you look doesn’t matter.”

Now under Alfredo Osuna and celebrating his 33rd birthday next weekend, Ruiz is aware that time waits for no man as far as his targets are concerned. It’s why he previously spoke about his motivation to get back where he once was, and is now again stressing the importance of activity.

ALSO READ
April 2021 – Andy Ruiz: I let a lot of people down but now? More motivated than ever
May 2021 – Ruiz’s coach Eddy Reynoso warned: watch him closely or he’ll be lazy
March 2020 – 100 days on from his nightmare in Saudi Arabia: What’s next for Andy Ruiz Jr?

He told Kate Abdo that, fitness permitting, he wants to return before the year’s end. While the sentiment is a good one, we’ve heard it before and provided he emerges victorious, it’s important that the opposition quality doesn’t diminish with a win over Ortiz on his resume.

An admirable veteran in Arreola, while a worthy adversary for a comeback fight, was technically limited and weaned considerably after scoring a surprise early knockdown. Ruiz needs more.

Frank Sanchez, Dillian Whyte or the Joyce-Parker winner all spring to mind – though the latter is likely to sit out and wait for the unification talks between Usyk and WBC champion Tyson Fury.

Ruiz’s punch resistance wouldn’t have improved with his inactivity, while Ortiz – even at his age – represents a more dangerous proposition than Arreola. As I wrote at the time last year:

If Ruiz-Ortiz is actually given the green light to go ahead at a later date this year, it’d be another interesting matchup the Mexican must successfully navigate beyond – but if this weekend taught us anything, the experienced Cuban can’t afford it to go into deep waters like Arreola did.

We’ll have to wait and see what’s on the agenda from both this weekend.