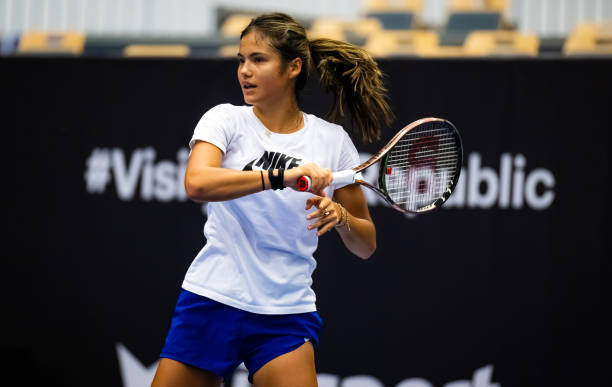 After a rollercoaster first full year on the WTA tour where she finished with a 17-19 singles record this season, 2021 US Open champion Emma Raducanu attracts attention aplenty. The 20-year-old spoke of her pride at being resilient this year but stressed the biggest goal for the upcoming campaign is to stay injury-free and hold up physically with consistency – easier said than done.

needing perspective, Raducanu on her highlights in a down year 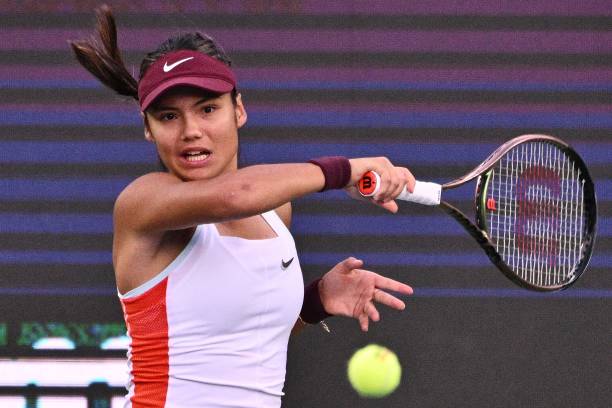 Raducanu in action against Poland’s Magda Linette, her final victory of this year

It’s about perspective. Most critics warned against high expectations – as did I – after Raducanu toppled Leylah Fernandez to cap a historic three weeks at Flushing Meadows last September.

Brought down to earth against a savvy Aliaksandra Sasnovich display at Indian Wells the following month, before finishing that season with defeats by Marta Kostyuk and Xinyu Wang.

Niggling injuries have hampered her on multiple occasions this term, most notably against Danka Kovinic at the Australian Open and the Seoul semi-finals against Jelena Ostapenko.

ALSO READ:
Leading 6-4, 2-1 vs. Ostapenko in Saturday’s semi, what happened to Raducanu in Seoul?

The latter unfolded during the Brit’s first semi-final since the aforementioned success Stateside, and it would’ve hurt even more – no pun intended – having led assertively that morning.

She fought well but was error-prone and second best against Daria Kasatkina in Ostrava the following month, her final tournament of the season. On that straight-sets defeat, I wrote:

You could understand a little hesitancy [from Raducanu] against a player firmly in the race for this season’s year-end championships in Fort Worth later this month.

Simply put, you can’t afford to make too many errors against Kasatkina if you want to have a chance of real success. She recorded 28 unforced, another 20-odd forced and the Russian – who lost to Raducanu’s compatriot Harriet Dart at the US Open – didn’t need a second invitation.

You have to make her move, whether that’s side-to-side, back behind the baseline or generally keep her guessing with shot placement. Raducanu was too casual with her forward forays, duly punished for doing so, and the forehand flagged during decisive moments – proving costly.

Raducanu, who turned 20 on Nov. 13, missed the Billie Jean King Cup after sustaining a wrist injury that forced her to withdraw from the Transylvania Open the previous month.

She confirmed during an interview with online lifestyle magazine SheerLuxe that she’ll return in an Abu Dhabi exhibition taking place today. While she’s been in the gym working to improve physically, this was on her highlights this year and goals for the forthcoming twelve months:

“I’m very proud of my resilience this year, I’ve faced quite a bit of adversity and had to keep getting back up a lot. So much stuff is said about me that isn’t true, but I try not to let it affect me. The past year has meant getting used to that side of things – publicity and hearing things I never even knew about myself! The attention on tour is so intense.

My biggest goal in 2023 is to be more injury-free, just want to stay healthier for longer. The demands of the tour, going from having no training or stamina to being thrown into competing at the top level, my body has struggled. So, I’ll be working hard to keep my body in good shape and improving. A resolution – to be consistent, put in the work everyday.”

Raducanu, currently ranked world no. 76, will aim to get matches under her belt before the Australian Open begins – only five weeks away now. She’s been working with Andy Murray’s former fitness trainer Jez Green in an attempt to build her durability for next season and beyond.

Former British no. 1 Tim Henman spoke to the Times, discussing the invaluable benefits Raducanu will glean from her experiences while reflecting on a disruptive year which prompted character-building despite the predictable criticism that came with her injury-plagued season.

It won’t be an overnight success, but as seen with agemate Jack Draper on the ATP tour, there’s no better alternative than hard work and building continuity that comes with playing matches regularly across the never-ending calendar. She hasn’t yet done enough of that.