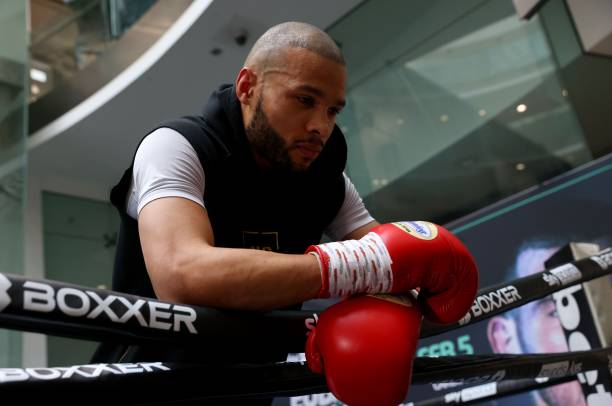 After two delays forced this domestic duel back a few months, #1 WBA middleweight contender Chris Eubank Jr prepares to make his third appearance under a promotional deal that believes he can clean out the 160lb division. Next up? A credible challenge on enemy shores who last year managed to do something he is longing for: challenging for a version of the world title. 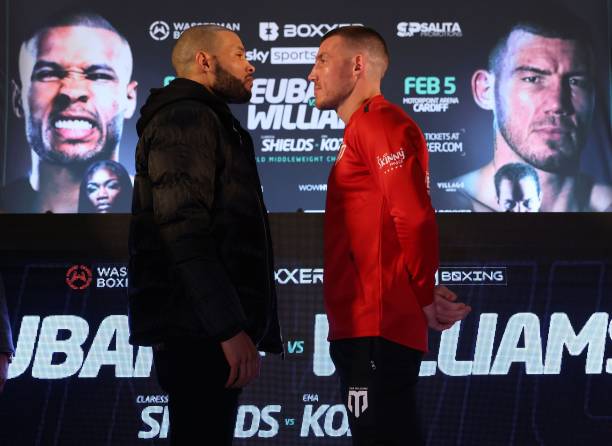 His domestic duel against James DeGale three years ago, felt a lot like loser leaves town territory. The long-awaited US debut vs. Matt Korobov, with a WBA interim belt on the line, promised plenty but was anti-climactic rather quickly after the Russian’s freak shoulder injury.

With a global pandemic taking over life as we knew it, 2020 was a year of uncertainty for all, but 2021 showed promise that remains unfulfilled. Saturday night will answer a few questions.

Although I reported on the original date being slated for Dec. 11, Williams’ shoulder injury forced the fight to be pushed back until January 29, with the BBofC’s decision to cancel all January shows because of the COVID-19 pandemic meaning this card was shifted back again.

So rather than finishing the calendar year as planned with three fights for the first time in four years, Eubank Jr was instead afforded time during the holiday period to mull over his new rival.

Eubank Jr, co-promoted by Wasserman Boxing and Sky Sports’ BOXXER banners now, is largely favoured to prevail this weekend. But he wouldn’t be the first, or last man, to lose against the odds and ultimately throw a spanner in the works for those long-awaited world title aspirations.

In 2017, when he was more active, Chris claimed the IBO super-middleweight title (Feb. 4 vs. Renold Quinlan) and defended it twice vs. Arthur Abraham (Jul. 15) and Avni Yildirim (Oct. 7).

While impressive, the IBO is a minor version when compared with the four major titles (WBA, WBO, WBC, IBF) – which all recognise one another and have unification rules across all divisions.

The latter, a blistering third-round KO, was in the World Boxing Super Series quarter-final, presenting the toughest test of his career: WBA super-middleweight champion George Groves.

“Williams was a light-middleweight for some time, super strong, we did some rounds together because I was impressed but Eubank is very physical aswell.

So if Williams’ assessment is that he’s not strong, I’d imagine that’s how he approaches this fight: bully him physically, disrupt the rhythm and bash him.

I thought he did slightly better than what I had in my head, thought I’d stop him. Eubank was favoured, on great momentum, don’t think Yildirim is as skilful as Williams but they’re similar in many respects: the fighting style, he’s naturally bigger so Eubank might take a lot of confidence into this fight.”

Despite falling short in that contest, the Brighton-born boxer was focused on rebuilding since then and notably added former four-division world champion Roy Jones Jr as his new trainer. 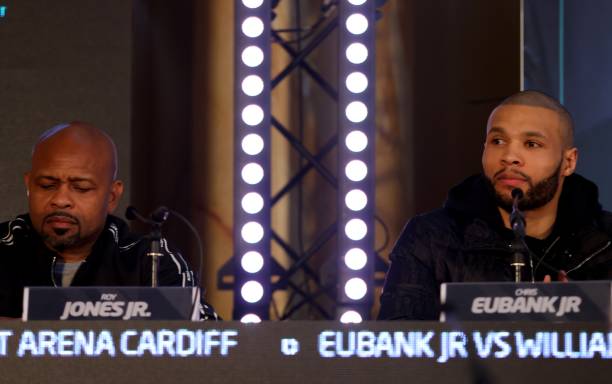 Chris has been commended for leaving his father, but can Roy Jones Jr help him achieve world gold?

After two victories against lesser opposition, that intriguing two-year partnership hasn’t been put under the microscope but this weekend could see a deeper insight into their tactics together.

His unanimous decision win (98-92 x 3) against compatriot Marcus Morrison on the Chisora-Parker undercard was further evidence of that, as Chris spoke of his reluctance to go for the kill after spotting he’d hurt him, instead focusing on getting rounds and experience under his belt.

“I wanted to use some of the stuff that Roy has taught me, experience the instructions he was giving.

If I see an opening, I usually take it – but I’m here to learn with a new coach, you can’t get better by knocking a guy out in the second round.”

BOXXER’s Ben Shalom wants to secure a world title fight for the winner, though Williams already fell short in that regard last year against disgruntled WBO champion Demetrius Andrade.

Boo Boo, who turns 34 later this month, returned to deliver a second-round TKO win over Ireland’s Jason Quigley on Nov. 19 but feels slighted in his quest for the world’s biggest fights.

He’s made five defences of the WBO strap but none against elite star names, even with Williams producing a spirited Stateside display a few weeks prior to Eubank Jr’s long-awaited return.

Recent speculation suggests he’s likely to vacate and move up to super-middleweight, with undisputed champion Canelo Álvarez and David Benavidez fights to make at 168lbs. That would create another gap in a division where active champions are in short supply right now.

Eddie Hearn has told reporters he wants Demetrius Andrade vs David Benavidez. Andrade vs Zach Parker for WBO 'interim' next, with Benavidez vs David Lemieux for WBC 'interim'. Hearn said WBC & WBO would agree for winners to fight and determine single mandatory for Canelo Alvarez.

If all goes to plan for Eubank, he’ll be fighting for a world title sometime this summer. IBF titlist Gennady Golovkin was supposed to face Japan’s Ryota Murata (WBA super champion) in a 160lb unification bout just before the new year, but COVID-19 restrictions saw that scratched.

They’re supposedly set to reschedule it for this spring, but a date still isn’t in stone – almost two months to the day since the cancellation was announced. Either way, Eubank’s plans are clear.

Will his Welsh opponent, backed by 7,500 home supporters, prove the triumphant underdog?

“Probably not, 2020 was gonna be a big year for me in the States… didn’t happen, COVID shut everything down.

It’s another reason why I’m taking this fight now, because I would never give him a shot, my goal is to challenge for – and win – a world title this year. I wanna take him out before I do that, then go onto bigger and better things.”

Fight card, as it stands 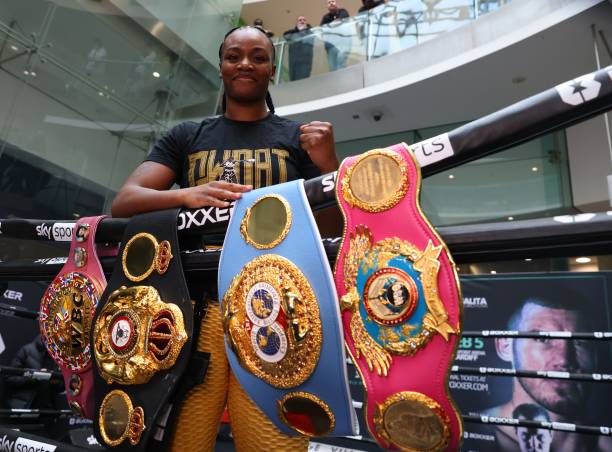